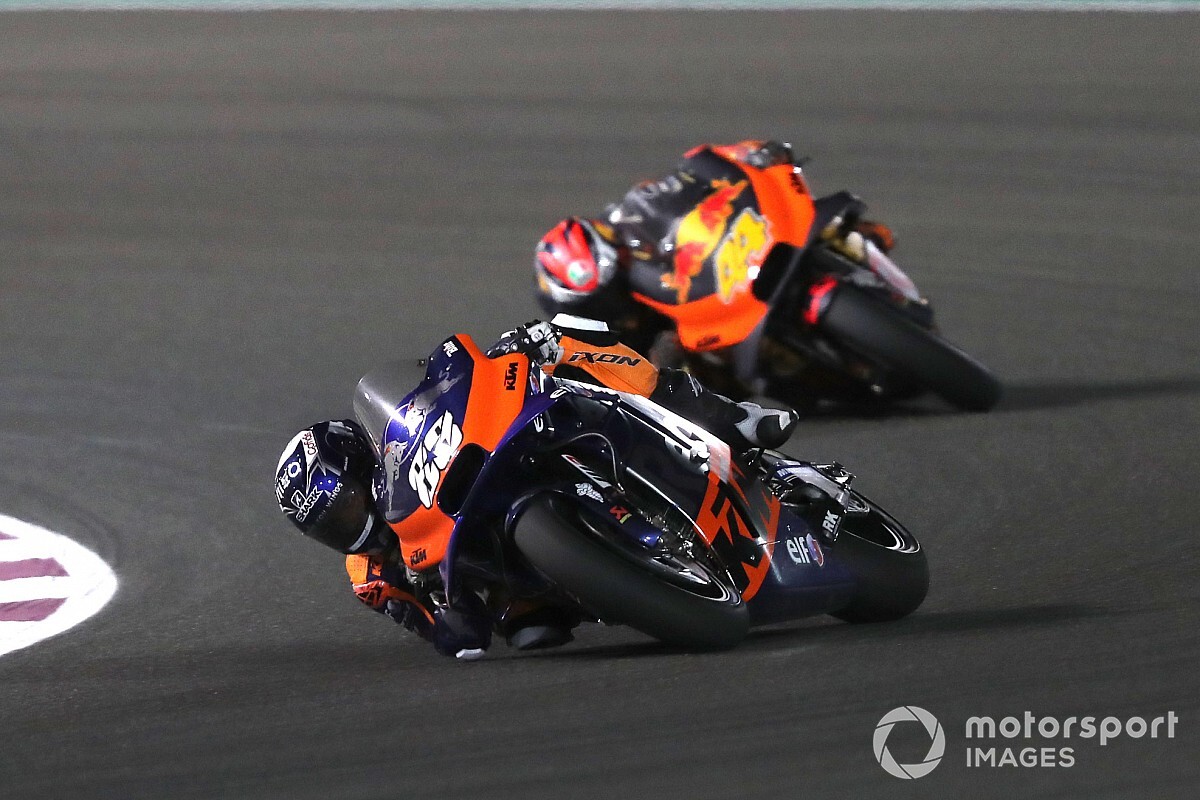 Tech 3 MotoGP boss Herve Poncharal says Danilo Petrucci joining his team in 2021 as a factory rider proves KTM sees it as an equal rather than simply a customer outfit.

On Thursday KTM announced its full line-up for its works squad and satellite Tech 3 team, with Petrucci moving to the latter alongside rookie Iker Lecuona and Miguel Oliveira moving to the factory outfit alongside Brad Binder next year.

Petrucci and Lecuona are on factory contracts with KTM and will receive full support from the Austrian manufacturer – though Petrucci not taking the seat vacated by Honda-bound Pol Espargaro has raised some eyebrows.

However, Poncharal insists there is no issue with optics, and says KTM management has promised a meritocracy in regards to development parts for all of its four riders.

“It was a hard decision by Pit Beirer, KTM’s Motorsport Director - Mike Leitner [KTM factory team manager] was involved as well as me – where to have Danilo, where to have Miguel, how to organise [the team],” Poncharal told MotoGP.com.

“I think the fact we have Danilo with us is highlighting the fact that KTM is not having a factory team and a satellite operation. We are having four full factory riders.

“Of course, we are two different organisations, but the support from KTM for the four riders is exactly the same.

“Sometimes people don’t believe you when you say that, but the fact that the most experienced MotoGP rider is joining Tech 3 means they are all having the same support.

“He [Beirer] told me that if there is one part that is arriving which is a development part, it is clear that it will go to the best placed KTM rider.”

Though development in MotoGP is frozen for this year and all manufacturers will start next year with their 2020 bikes as part of cost-cutting measures due to the coronavirus crisis, normal development rules will apply for concession and non-concession manufacturers following the 2021 Qatar Grand Prix.

Thursday’s KTM announcements all but confirm Espargaro’s move to Honda in 2021, as first reported by Motorsport.com earlier this month.

Smith taking mental steps "to go from tester to rider"