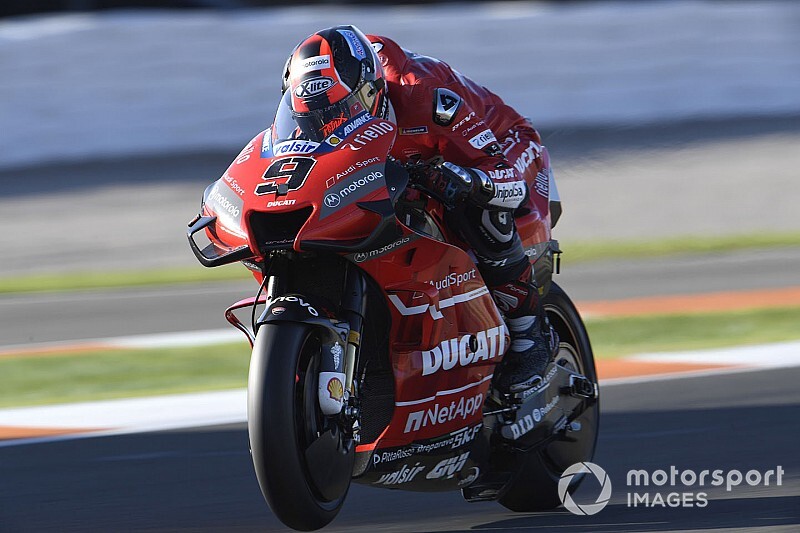 Ducati MotoGP rider Danilo Petrucci said he had a 'Murphy's law' race in the 2019 season finale at Valencia.

Petrucci, who is under pressure after his initially-promising form as a Ducati works rider turned sour in the second half of the season, was running ninth when he became one of three riders to crash out in quick succession at Turn 6 around the halfway point of the race.

While the other 2019-spec Ducatis had been contesting the podium at that point, the Italian was mired in the back after dropping positions early on.

Ducati's 'holeshot device' has helped its riders to many a strong start over the course of the campaign, but in Valencia Petrucci was stymied by a launch control issue.

"This morning I was fast and I was happy, so I was very confident about the race," Petrucci said. "Then I had a problem with the launch control. I started with the normal clutch, without clutch control, so at the first lap I was really really far, but then I had a good recovery.

"I overtook Vale [Valentino Rossi], but then after a few laps I crashed. And [I'm] still to understand why.

"It seems like today was like, in Italy we say, Murphy rules [Murphy's law], when something can go wrong it goes wrong.

"For sure it's a track here where it's very difficult to overtake, but I was able to overtake a lot of people because I was 15th at the first lap. Then when I crashed I was in ninth place.

Petrucci's squadmate Andrea Dovizioso finished the race a close fourth, just 3.3 seconds behind race winner Marc Marquez but beaten to a podium finish by the satellite Ducati of Jack Miller.

"I'm pretty happy because the speed was so good, so consistent, the gap at the end with Marc was quite small, I didn't expect that," Dovizioso said.

"So, pretty happy about that. Unfortunately I couldn't make the podium but [only] for really small things because Jack was a bit faster in a few areas on the track, I tried to adapt to that situation and learn but it wasn't good enough. And I must say congratulations to him because he really did a good weekend.

"But overall, Malaysia and Valencia, we finished with a big improvement from the past because we did a really fast race, and that is quite positive." 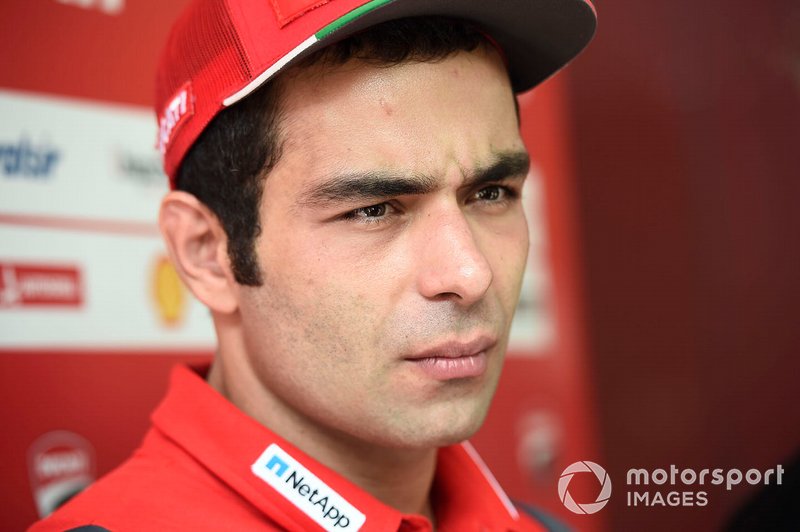