Malaysian oil giant Petronas will no longer be the Sepang Racing Team’s title sponsor in MotoGP from 2022, with SRT set to abandon its Moto2 and Moto3 teams.

The Sepang Racing Team made its grand prix debut in 2015 in the Moto3 class before expanding to the Moto2 class.

In 2019 it stepped up to MotoGP as Yamaha’s new satellite partner with backing from Petronas, bringing up Fabio Quartararo from Moto2 and signing 2017 Moto2 world champion Franco Morbidelli. The squad was a breakout success, Quartararo on a ‘B-spec’ version of the YZR-M1 scoring seven podiums and six pole positions.

The team then won six races across the 2020 campaign, Quartararo on the factory-spec M1 and Morbidelli on the year-old ‘A-spec’ bike – the latter finishing runner-up in the championship to Suzuki’s Joan Mir.

SRT always hoped to be a breeding ground for young talents, using its Moto2 and Moto3 projects as a pathway to the MotoGP team. This will now likely only happen for one rider if SRT Moto3 rider Darryn Binder makes the jump directly to MotoGP in 2022 as has been rumoured. 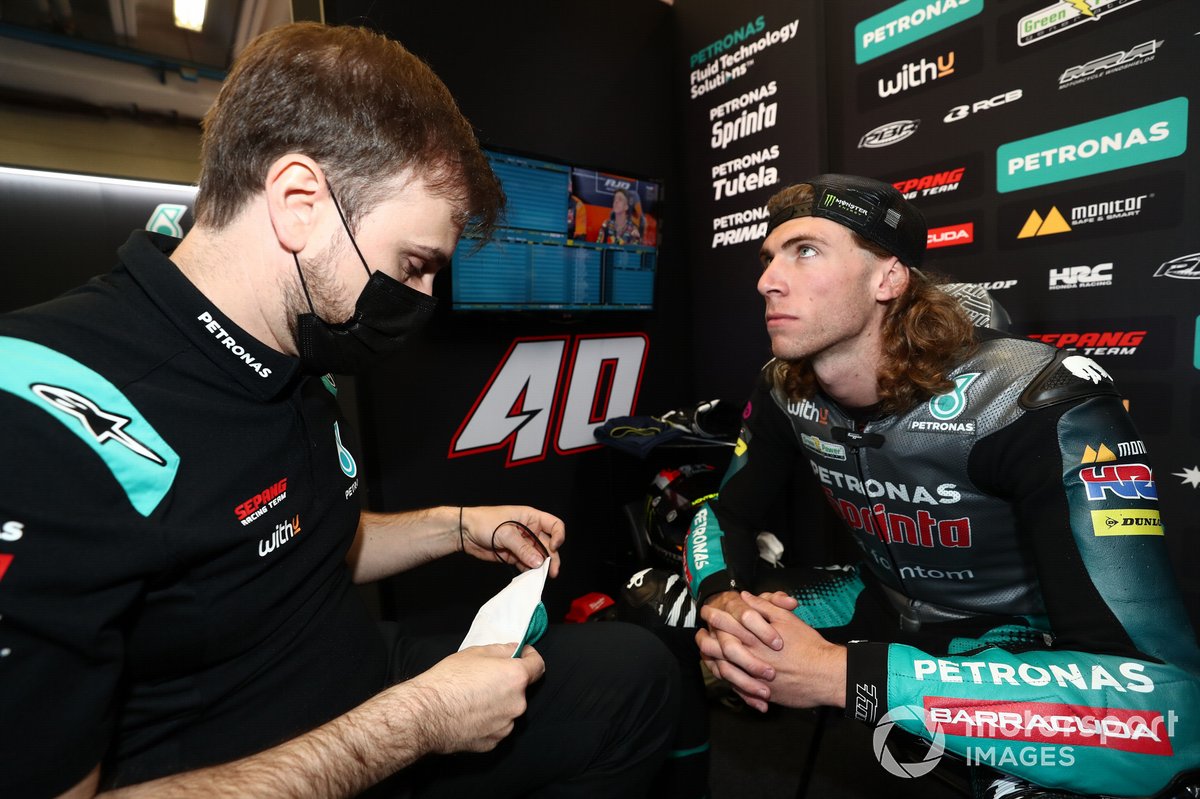 SRT has been thrust into a 2022 rider line-up dilemma since Maverick Vinales elected to quit the factory Yamaha squad at the end of this season.

Its main choice was star Moto2 rookie Raul Fernandez, who in turn wanted to join SRT as he felt the Yamaha would better suit his riding style. But Fernandez has been locked into a KTM contract for the next two years which will see him step up to the Tech 3 squad.

Rossi protege Marco Bezzecchi was next in line to join SRT, but now looks set to move up to MotoGP next year with the VR46 Ducati team alongside Luca Marini.

Motorsport.com has now learned Petronas plans to back out of its title partnership with SRT, with the squad scrapping its Moto2 and Moto3 teams to protect the MotoGP project. It is understood that Yamaha has renegotiated its deal with SRT, offering it two ‘B-spec’ M1s – essentially non-works bikes – for 2022.