Petronas SRT has become the latest MotoGP team to unveil the livery its 2021 challengers will race in the new season with revised line-up Franco Morbidelli and Valentino Rossi.

The 2021 season will be SRT’s third in the premier class, the Yamaha satellite team in its short tenure already a six-time race winner.

Last year, Morbidelli won three times on his way to runner-up spot in the championship, and ended up just 13 points behind title winner Joan Mir.

For 2021, SRT welcomes nine-time grand prix world champion Rossi to its ranks, after the Italian legend elected to extend his MotoGP career by another year at least.

This is the first Rossi has been a Yamaha rider that he won’t race in its factory colours, but will remain a factory-contracted rider with full works support in 2021.

The 2021 season will be Rossi’s 26th in grand prix racing and his 16th in MotoGP as a Yamaha rider.

Despite his best efforts, Rossi hasn’t been able to bring his entire crew from the factory Yamaha team to SRT, with the Italian only able to keep crew chief David Munoz, data engineer Matteo Flamigni and rider coach Idalio Gavira.

At its own launch event last month, Yamaha explained that it wasn’t possible to guarantee factory machinery for Morbidelli for this season when it made its decision but conceded he deserved it.

Only two teams have still to unveil their 2021 liveries, but will do so this week, with Aprilia set to reveal its new RS-GP’s colours on 4 March and Suzuki on 6 March.

Pre-season testing will begin on 6 March, with the shakedown outing in Qatar for test riders taking place the day before.

As well as its MotoGP colours, SRT also unveiled those of its Moto3 riders John McPhee and Darryn Binder, and Moto2 line-up Jake Dixon and Xavi Vierge. 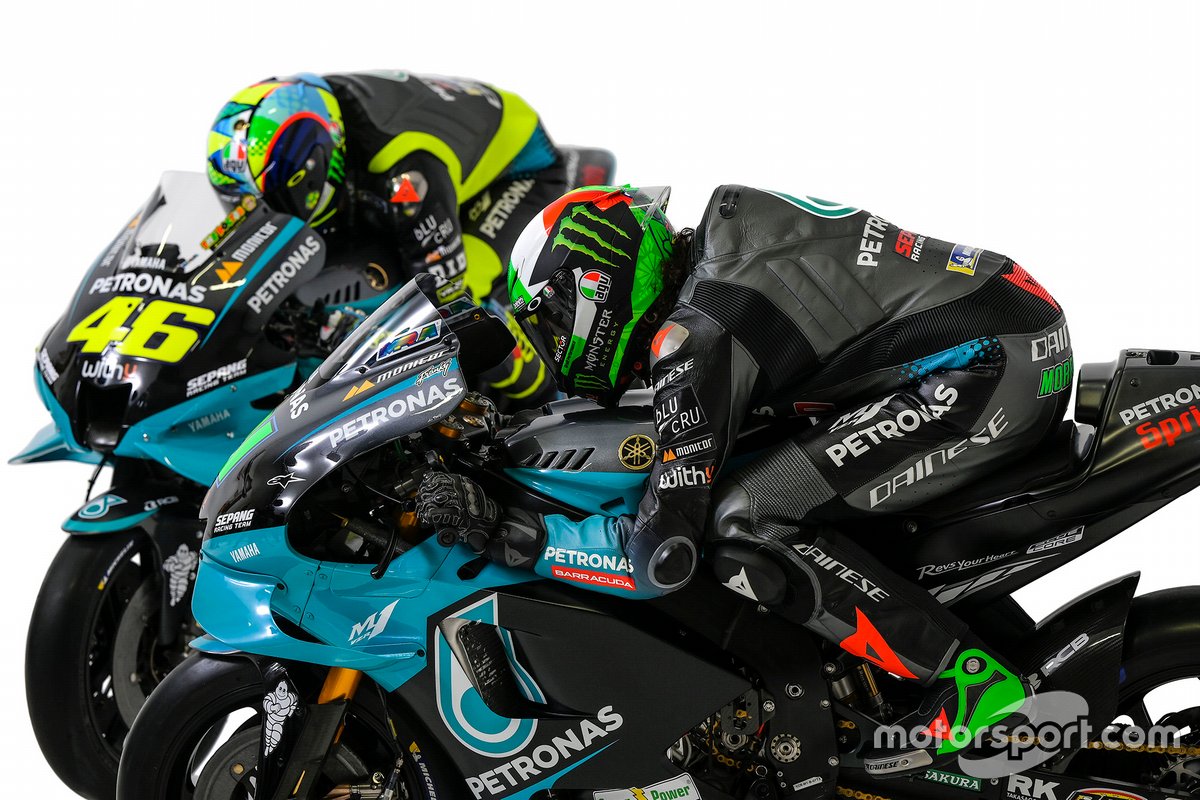