Honda MotoGP team boss Alberto Puig says "some strange comments" about Marc Marquez's ability on his return from injury showed some "forgot" who they were talking about.

Marquez suffered a serious break to the humerus in his right arm in a crash in last July's Spanish GP, which ultimately ruled him out for the entire 2020 campaign and required him to undergo three operations.

The six-time world champion overcame his career threatening injury to return this year at the Portuguese GP and has made steady progress in recovering power in his right arm and shoulder.

Marquez won the German GP as the anticlockwise Sachsenring masked the problems he had been facing with his right arm, while a charge to seventh from 20th at the physical Assen circuit signalled further progress in his recovery.

He had hoped to increase his bike training during the summer break if his arm permitted, with Marquez posting on social media last week that he had been riding motocross again.

Puig admits Marquez's return has been "more difficult than expected", but believes his "potential is far from the rest" on the grid despite his current physical limitations.

"I think for a while some people forgot who Marc Marquez is," Puig told motogp.com.

"I'm not a guy who reads a lot these newspapers and news, I'm not so interested, but from what I hear from our press manager there have been some strange comments in the past regarding his comeback, his possibilities. 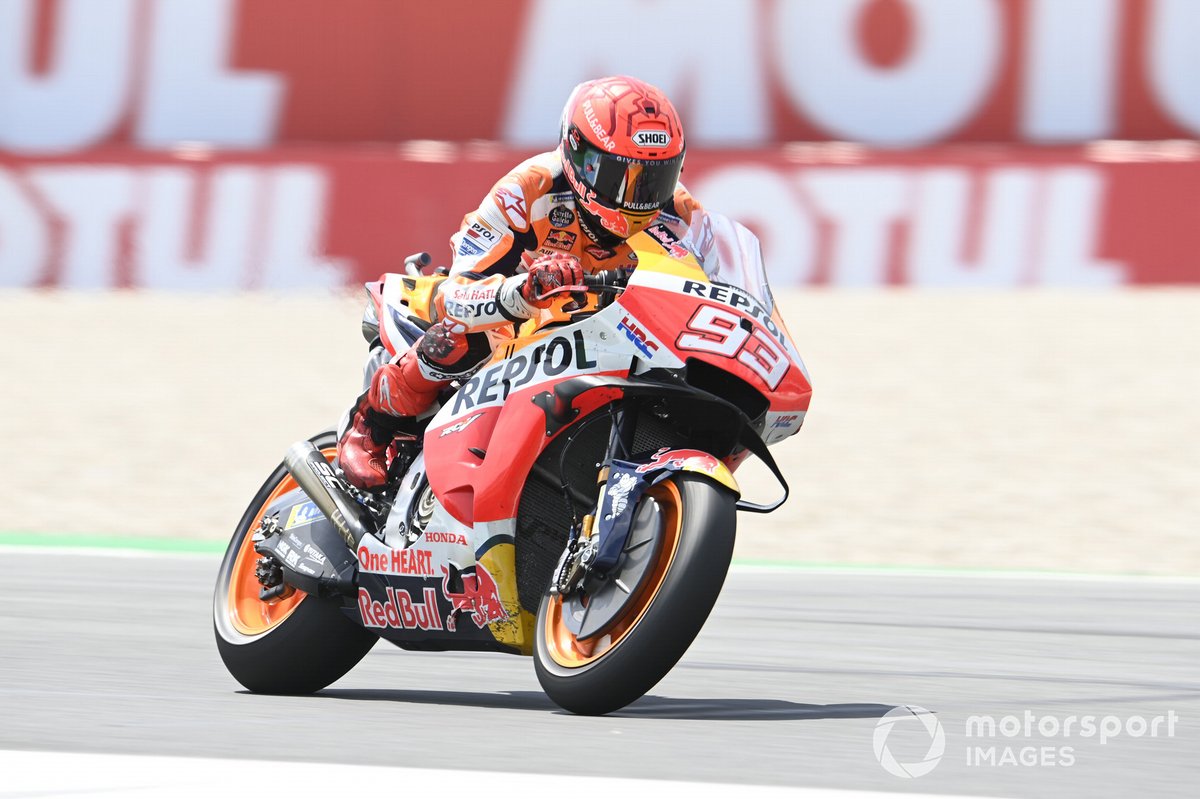 "I don't know if they really understood the level of the rider that this is. Marc's comeback has been more difficult than expected due to the injury and what happened.

"What he is doing in the current situation is really amazing, because… I would not say he is riding with one arm, but with one arm and a half.

"He is clearly not 100% physically, so I think that only one rider can do it and it's him.

"I do not speak as a Honda team manager, but as an ex-rider, I think his potential is far from the rest."

Last week Marquez's teammate Pol Espargaro said Honda riders "expect a lot of new things" from HRC in the second half of the season in order to improve their fortunes.

A new chassis raced by Marquez at Assen was met with praise, but Espargaro said a new frame won't be enough on its own to cure the 2021 Honda's problems.