Pedrosa: Loss of form in 2018 is "unexplainable" 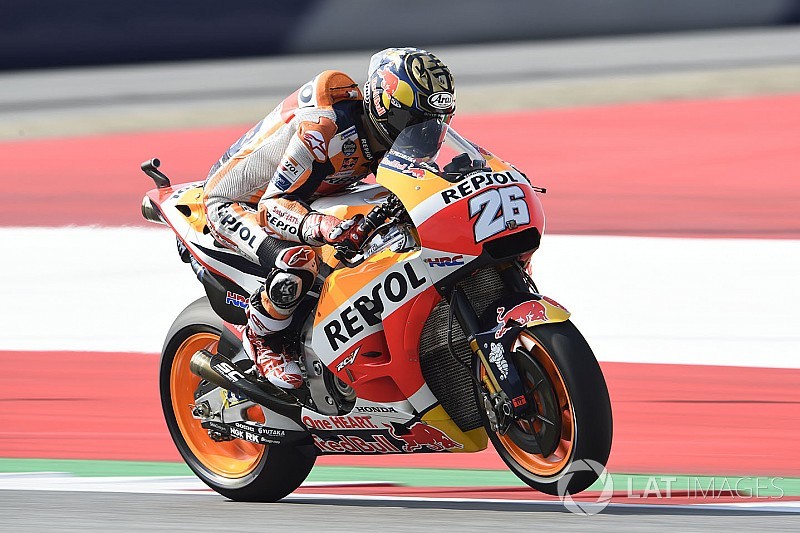 Retiring Honda MotoGP rider Dani Pedrosa says he’s at a loss to explain to why he has not been able to perform to his usual level in 2018.

Pedrosa announced his decision to step away from grand prix motorcycle racing at the Sachsenring round in July, after Honda decided to replace him with ousted Ducati rider Jorge Lorenzo for 2019.

He had the opportunity to continue racing with the new SIC Yamaha team but after weighing up the offer opted to call time on a career that has produced three world championship titles in the lower classes and 31 premier class race victories.

Pedrosa's decision comes amid a season in which he has not finished higher than fifth, marking his longest run without a podium finish since he stepped up to MotoGP at 2006, despite the fact he topped two days of pre-season testing earlier in the year.

Asked about his slump in form compared to the pre-season, Pedrosa told Motorsport.com: "It is unexplainable. I feel that I'm riding properly and the clearest example is Brno.

"I struggled a lot in the race [he finished eighth] and then on Monday [in the post-race test] I was two seconds faster."

At the time of his retirement announcement, Pedrosa cited the fact he has "different priorities in his life" as one of the major factors in his decision.

Pressed further on that, the 32-year-old said: "Since I was a kid I always wanted to be a person who does everything at his 100 percent and when I do something at that level I can't do anything else.

"In the last years, my perception has been changing and my attention is not only focused on bikes. From that point, things haven't been the same.

"MotoGP requires the maximum of every rider. Race at your 100 percent or don't race."

Pedrosa, however, says he's determined to leave MotoGP on a high, denying that his retirement decision has sapped his motivation for the remaining races of 2018.

"That's not my case," he said. "I want to be my best version again. That sort of things keeps my motivation alive."

Pedrosa has offers from both Honda and KTM to move into a test ride role next year, but the Spaniard says he needs to wait and see how his "motivation" is before deciding.

"I'm letting time go by, because as I have told you, retiring is a very important change in my life both from the sporting side and from the personal one," he said.

"It will depend on my motivation and what will make me feel good on the new chapter of my life."

Rossi: Fourth in the points now the "realistic" aim