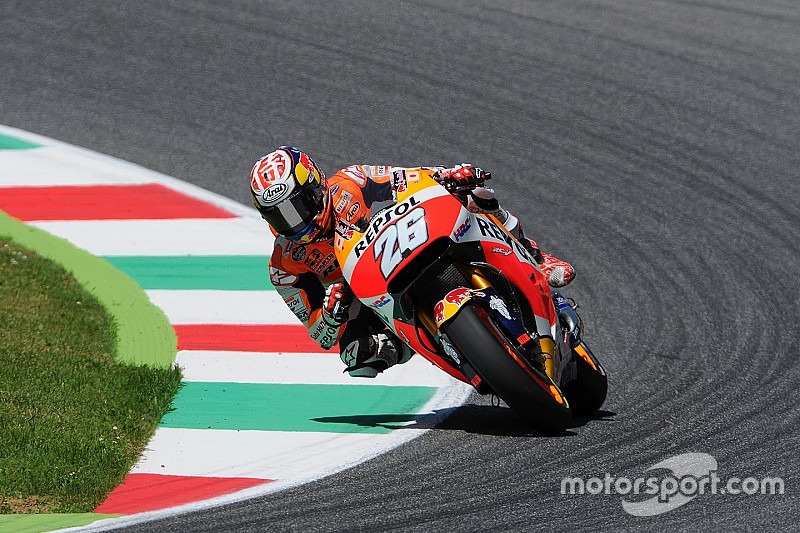 Honda rider Dani Pedrosa has admitted that his lack of single-lap pace in 2016 has been a tough pill to swallow.

With the Japanese marque struggling for outright speed, especially on acceleration-heavy circuits, Pedrosa himself has lagged well behind Marquez in qualifying trim, his 0.444s deficit to his teammate in Qatar remaining the smallest of the season so far.

And coming off a strong race performance in Mugello, where he finished fourth between the two Ducatis, Pedrosa admitted he was not content with his pace on the Honda bike in the pre-race sessions.

"But we see that on race pace we are a little better, and [Mugello] was the closest of the year. We’ll try and keep the momentum from here."

Pedrosa also noted he is being held back in the early laps in races, which is costing him precious seconds in the fight with other frontrunning bikes.

"The start is not great, but the first laps are worse," he conceded.

"I can improve my starts, and then we see if we can have a better pace in the first laps, I think that’s where the biggest seconds are coming.

"At this moment I cannot try at the maximum in the first laps, so we try to compensate a little bit the balance more towards the beginning.

"This can give us a better position in the group to be further in front at the end of the race."

On your bike: Fernando Alonso takes time out to admire Moto GP "heroes"