Ex-MotoGP rider Dani Pedrosa is set to make his racing comeback in September’s San Marino Grand Prix as a wildcard for KTM, Motorsport.com has learned.

Pedrosa made his MotoGP debut in 2006 with Honda and raced his entire premier class career with the Japanese marque, winning 36 races and finishing runner-up in the standings on three occasions.

The double 250cc world champion and one-time 125cc title winner retired from MotoGP at the end of the 2018 season and took up a role as KTM’s official test rider.

Pedrosa’s work as test rider has been instrumental in propelling KTM to the front of the grid in MotoGP, with his efforts baring fruit last year.

Brad Binder took KTM’s first ever MotoGP win at the Czech Grand Prix in 2020 just three races into his rookie season, before Miguel Oliveira added a second to its tally at the Styrian GP.

Oliveira sealed KTM’s third win in the season finale in Portugal and took its fourth in this year’s Catalan GP.

KTM is yet to confirm Pedrosa’s Misano wildcard, but has been hinting at it for some time.

As well as Pedrosa, two other wildcards are set to start the San Marino GP, with Honda fielding its test rider Stefan Bradl and Ducati giving Michele Pirro an outing on home soil.

Wildcards have been reinstated for the 2021 season after they were scrapped in 2020 owing to the COVID-19 pandemic.

KTM’s 2021 season has been a mixed affair, with Oliveira and teammate Brad Binder struggling in the early races – its issues largely a result of the softer front tyre allocation Michelin has brought to 2021.

But a new chassis introduced for the Italian GP at Mugello, which offered better corner-exit performance and improved the RC16’s front-end issues, with Oliveira – who couldn’t break into the top 10 in the first five rounds – finishing second at Mugello.

Winning at Barcelona, Oliveira was second again last time out in Germany while Binder recovered from 13th to take his best result of the season in fourth.

Both Binder and Oliveira will remain with the factory KTM squad in 2022, with the former recently signing a new three-year deal to keep him at the marque through to 2024.

At Tech 3, Moto2 championship leader Remy Gardner will step up while the second seat remains up for grabs.

Gardner’s Moto2 teammate Raul Fernandez had been linked to it, but KTM Motorsport boss Pit Beirer told Motorsport.com last week that the Spaniard had expressed a desire to remain in Moto2 for one more season. 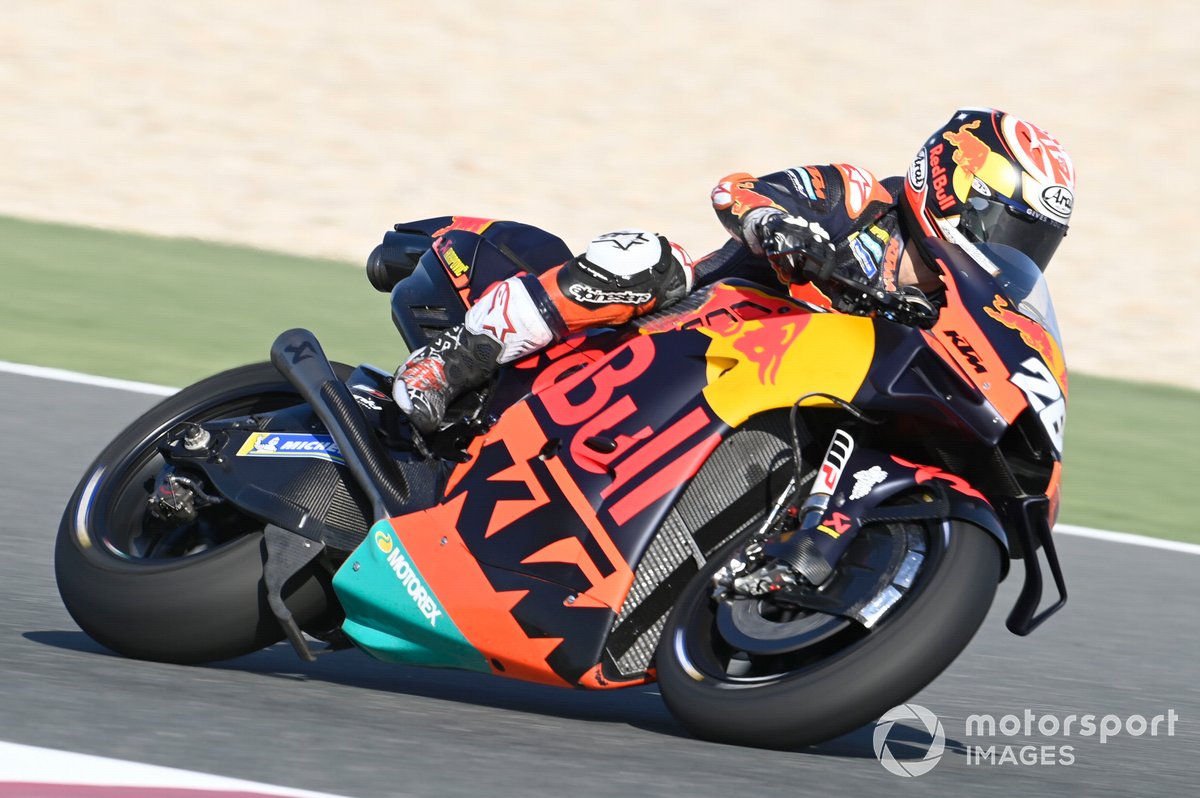