The Portuguese rider stormed through from 11th on the grid to battle Ducati's Jack Miller for victory in the rain-lashed race at Buriram, making a decisive pass for the lead at the last corner on lap 14 of 25.

Oliveira says Miller's early pace forced him into pushing hard from the off and he couldn't relent once in front because of the Ducati rider.

"It was definitely a difficult race from a mental point of view," Oliveira said following his fifth career MotoGP victory.

"Every wet race is difficult because a mistake at least costs you quite a lot and you can crash. So, I was definitely comfortable but not too comfortable.

"I think Jack also put on a lot of pressure and pulled away at the beginning of the race, and made me be always in attack mode until the last lap.

"I think that was good because I could never be relaxed.

"So, it was definitely good. The beginning of the race was hard for all of us because we couldn't see that much in the straights and there was a bit of aquaplaning.

"But it was good, can't complain about winning in the wet again." 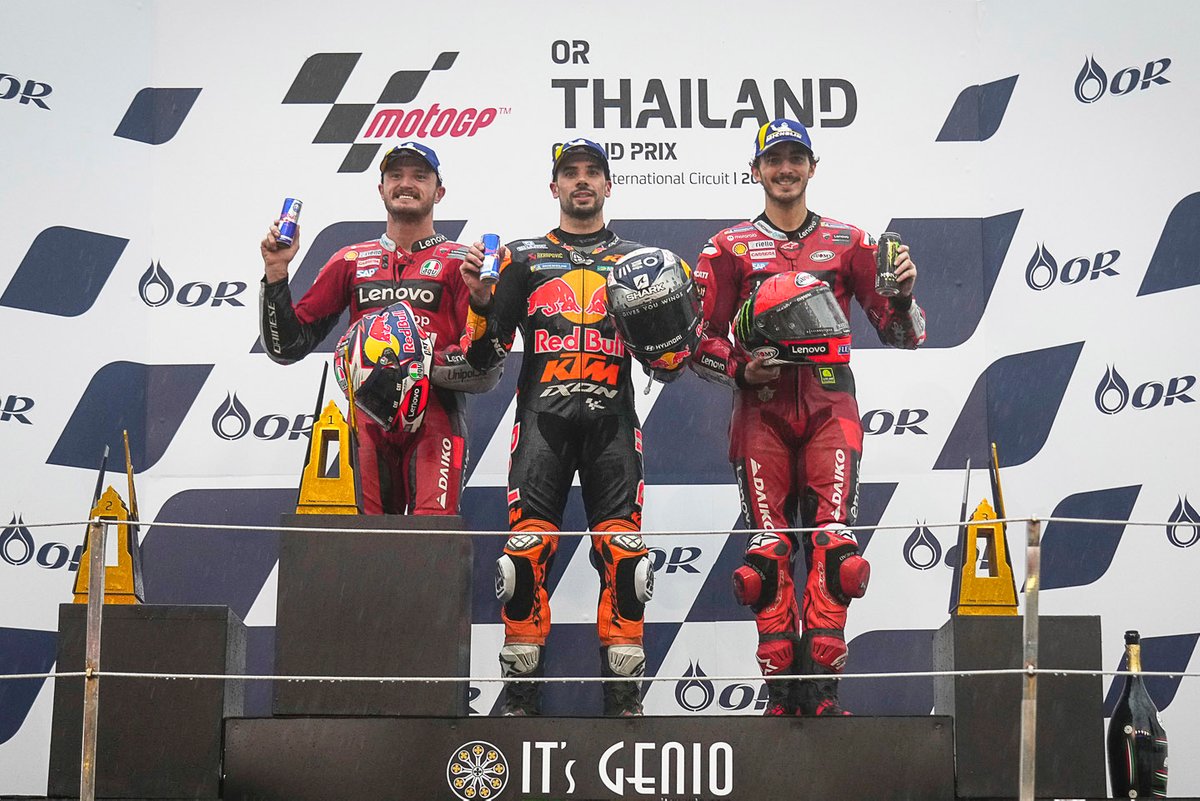 This is Oliveira's second win of the 2022 season, having taken victory in a similarly wet Indonesian Grand Prix back in March after an early battle with Miller.

The KTM rider has "no explanations" as to why he has been so strong in wet races this year but wants "to be more competitive" in the dry going forward having scored just one top five this year outside of his wins.

"It happens, I guess," Oliveira said when asked what his advantage is in the wet.

"There's no further explanations. Just I comment that of course I would like to be more competitive in the dry for sure.

"But I'll take a win in the wet any day and if it's raining I will take the advantage."