Three-time MotoGP race winner Miguel Oliveira says KTM has “offered” him a demotion from its factory squad back to Tech 3 for 2023, which he admits is “not my dream place”.

The rider market for the 2023 season is in a hot state at the moment following the shock decision from Suzuki following the Spanish Grand Prix to quit MotoGP at the end of the year.

This has put both Alex Rins and Joan Mir on the market, as well as the likes of Jack Miller – who is set to lose his seat at the factory Ducati squad in 2023 – and Pol Espargaro, who is likely to be replaced by Mir at Honda.

Rins confirmed at Le Mans he has had discussions with KTM, with Miller and Espargaro also linked with the Austrian brand.

Following Friday practice at the Italian GP, Oliveira revealed he had been offered a move back to Tech 3 – with which he raced in 2019 and 2020 – but was not keen on it.

“I mean, this was something that was offered this week,” he said of a Tech 3 seat. I will consider it, but it will not be my dream place.”

KTM motorsport boss Pit Beirer confirmed this discussion had taken place and that Oliveira must be open to the possibility that staying as a KTM rider will mean returning to a satellite outfit.

“I mean, Miguel was caught by a question and surprised to have this question because we discussed this internally and it’s not true that it is confirmed he is moving to Tech 3,” he told MotoGP’s world feed.

“But I told him we are talking to other riders and we want to be really open later in this year to decide which rider will be where.

“And there is a chance he can move over to Tech 3. That’s all I told him, I told him to be aware of this and I don’t want to use an option to make him stay.

“We want him to stay a KTM guy, but he must be open to be on one of these four spots.

“He was not super happy with this information, but on the other side I got a good response from him saying he wants to be a KTM rider.” 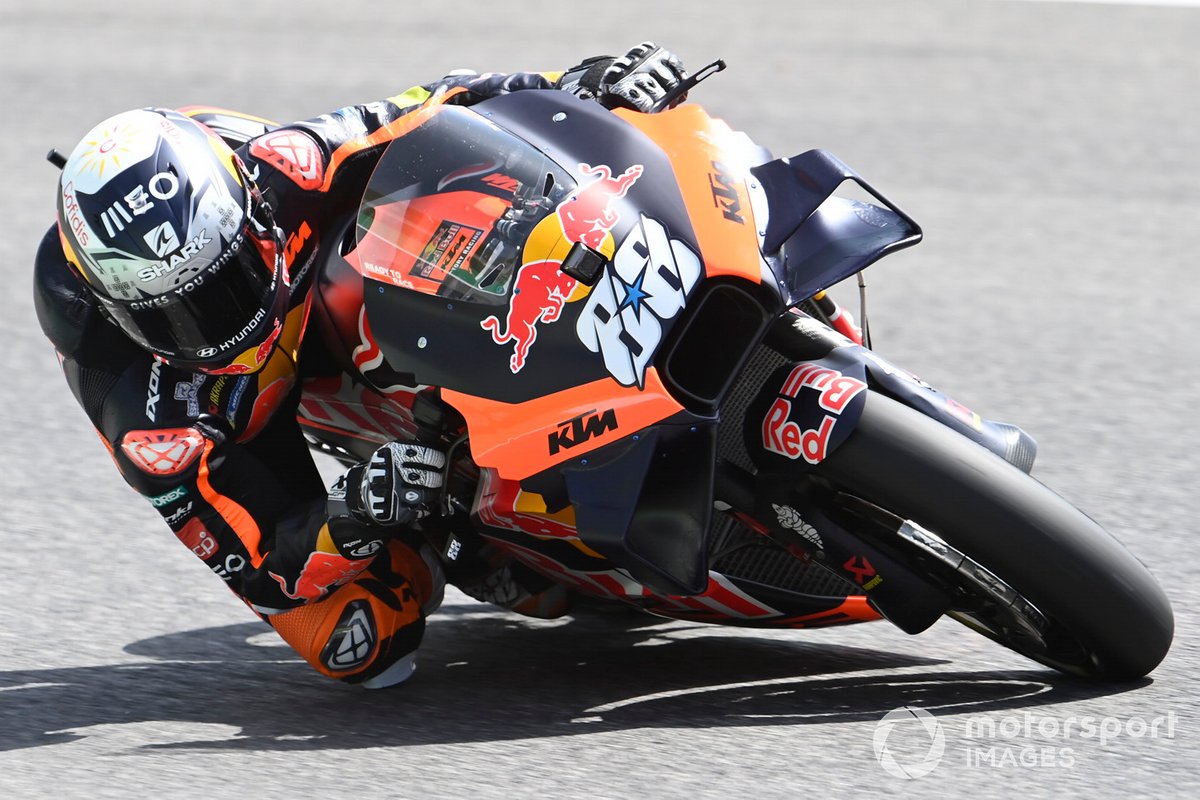 MotoGP championship contender Aleix Espargaro says he “can’t go faster” than he is on the Aprilia at the Thailand Grand Prix having struggled to 13th in qualifying.

Marco Bezzecchi snatched a maiden MotoGP pole for himself and Valentino Rossi’s team after beating Jorge Martin by 0.021s in a thrilling Thailand Grand Prix qualifying.