Suzuki's Joan Mir says "nothing changed" at the Algarve Grand Prix compared to previous rounds to grant him his first ever top three qualifying result in MotoGP.

Not since his final Moto3 race in Valencia back in 2017 has Mir actually qualified on the front row for a grand prix – though did start third at last year's Styrian GP after a penalty for Johann Zarco promoted him from fourth.

Enjoying a strong weekend in Portugal so far, Mir carried this into qualifying to end up third fastest and missed a maiden pole by just 0.168 seconds.

Having only qualified inside the top five once in 2021, Mir was asked what had changed in Portugal to allow him to suddenly fight for the front row.

"I think that nothing changed, honestly," the 2020 world champion responded.

"In Misano 1, in Aragon also we started to show better potential than during the [rest of] the year.

"Then Misano test was useful for us, we worked on some things, also Suzuki brought some stuff and we were able to make a good step.

"But then the last two rounds were difficult, for the conditions, to put it altogether.

"And here with the weather, looks like we were able to build a good weekend from FP1.

"So, it's what we needed, more laps with the bike to understand all the specs and all the small things that we changed.

"And yeah, at the moment, this weekend I'm quite confident, I'm able to ride the bike in a good way and I'm enjoying. That's the most important thing; when you are enjoying on the bike, always you are fast." 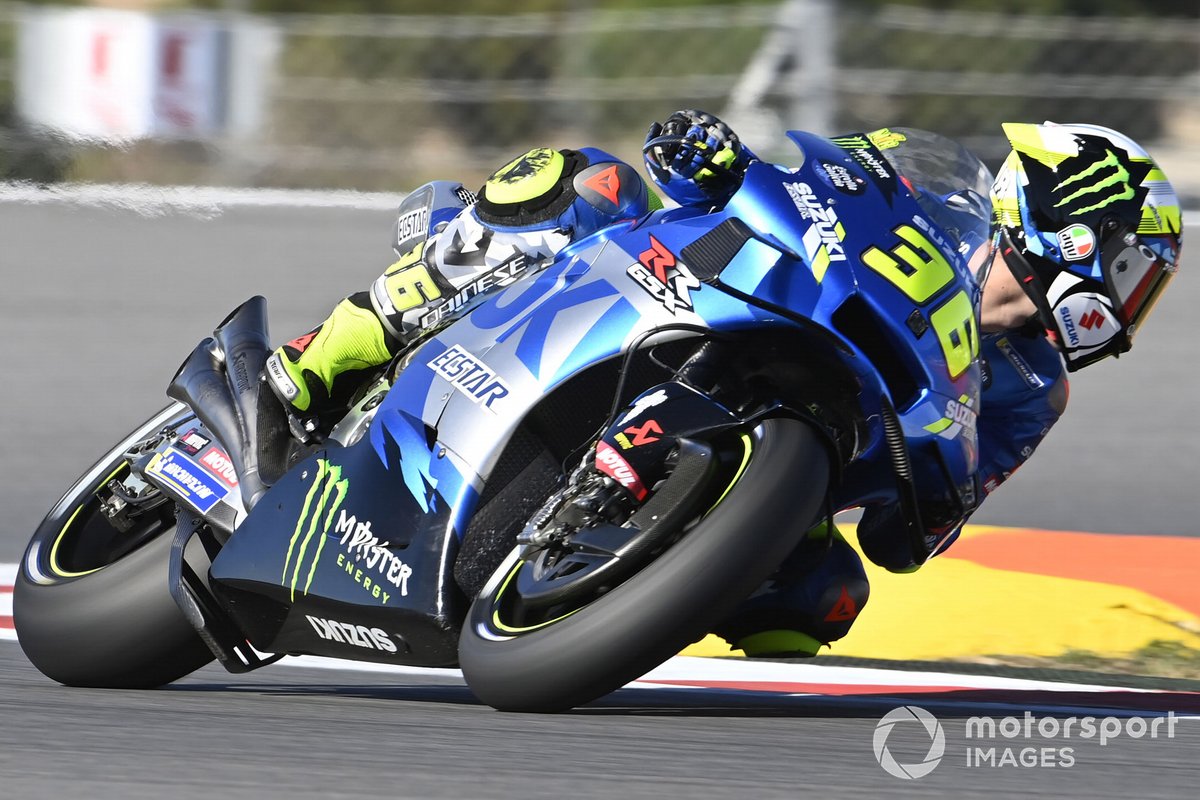 Mir's qualifying wasn't without incident, however, with his front row put under some threat when his final lap was compromised by LCR's Alex Marquez overtaking him into Turn 1 and then running wide.

The Suzuki rider was visibly incensed by this and let Marquez know his feelings on the cooldown lap – though Mir later confirmed the LCR rider did come to his garage to apologise.

"Well, Alex was following me from FP3 I think, in FP4, and also in the first exit in qualifying," Mir said.

"And then in the second one he was waiting again. For me, if he didn't disturb me, it's not a problem.

"But in that moment, I made the first lap slow trying to warm the tyres. The laptime was not bad, but I was warming the tyres.

"And I just had one lap left and he decided to overtake me on the braking [into Turn 1] and then went wide. So, this was the main thing. That's why I was angry."