Nakagami gets ex-Pedrosa crew chief for 2018 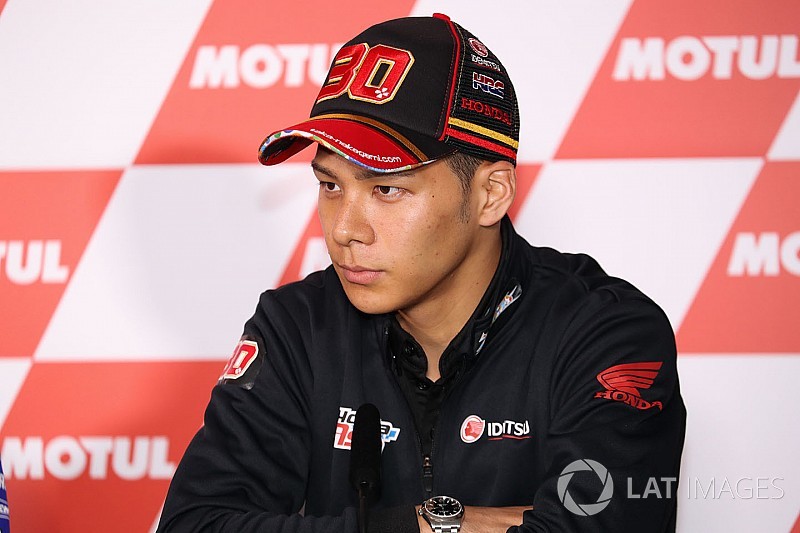 Long-time Honda man Aurin, 52, has worked with Jack Miller at the Marc VDS squad this season after being replaced by Giacomo Guidotti as Pedrosa’s crew chief at the works Honda outfit.

But with Miller switching to Pramac Ducati next season, Aurin - who has also worked for Andrea Dovizioso and Nicky Hayden in the past - will be reassigned to the LCR team to work with newcomer Nakagami.

Two-time Moto2 race winner Nakagami was confirmed as LCR’s second rider alongside Cal Crutchlow in August, and will be the first Japanese full-timer in the premier class since Hiroshi Aoyama in 2014.

He is likely to be riding a 2017-spec Honda, although this has yet to be confirmed by the Japanese manufacturer.

Nakagami had his first taste of the RC213V last December in a private three-day test at Jerez, and said the experience made him believe a MotoGP bike will suit him better than Moto2 machinery.

“It was incredible,” he recalled of the test. “It was the best three days for me. Always I want to ride a MotoGP bike, and on those three days I did it.

“It was a fantastic feeling – incredible power, incredible grip on the tyre, the electronics were incredible. The speed was impressive.”

The 25-year-old, who will join LCR for the post-Valencia test this month, added that adapting to MotoGP electronics would be the most challenging aspect of his move up to the top class.

“The Suzuka 8 Hour bike was quite competitive and I was feeling good. But the 8 Hour bike and the MotoGP bike are completely different.

“I can’t say much at the moment. Maybe I test at Valencia and then I feel completely different.”