Riding a year-old Honda RC213V, Nakagami qualified a distant 15th and finished 10th in last weekend's Spanish GP season opener at Jerez, albeit as top Honda rider as Marc Marquez crashed out and LCR teammate Cal Crutchlow was ruled out by injury.

But returning to the same track for the second round of the season, the Japanese rider has enjoyed a major upswing in form, finishing eighth in first practice for the Andalusian GP on Friday and then setting the pace in the slower afternoon session.

He backed that up with the fourth-fastest time in FP3 on Saturday morning, before topping FP4 and finally qualifying eighth, within half a second of poleman Fabio Quartararo.

Nakagami said on Friday he and his team spent time after the Jerez opener studying the data of Marquez, who won last year's title on the same spec of Honda, helped by the input of HRC technical manager Takeo Yokoyama.

After qualifying he went into more detail about what exactly he had been inspired to change.

"Last weekend I struggled, especially on Sunday, it was a disaster," said Nakagami. "We had to change completely the setting or riding, many things to understand what happened.

"On the data it looks completely on my riding and [Marquez's] riding are completely the opposite. That’s why I try opposite way and it looks more comfortable, and from FP1 I had a good feeling on the bike, much easier, using less energy on the bike. 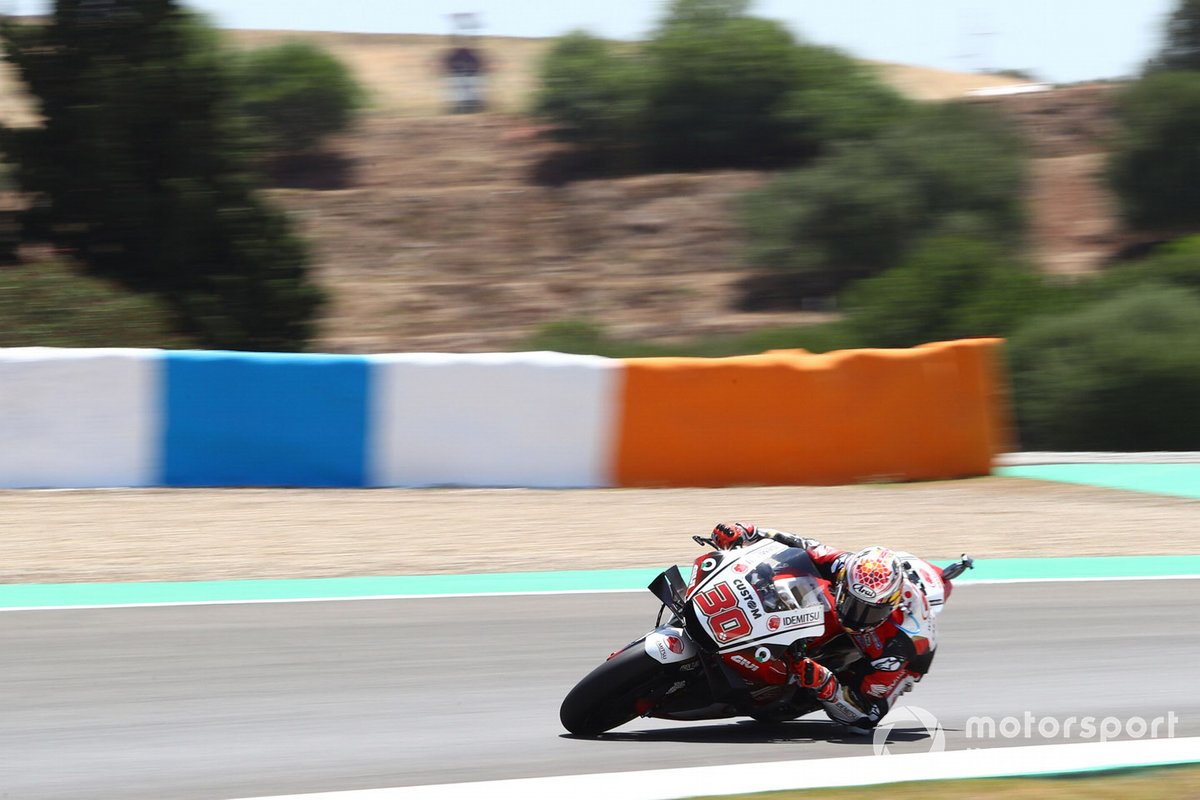 "[There was] only one point that’s clearly different on the set-up on the bike. Not copy, but try a little bit Marc’s side of the setting which is good for the Honda.

"Just a little bit different set-up, but I completely changed the riding. I try Marquez's [style of] riding. I can’t completely copy it, but I try [to emulate] how he manages this bike.

"This is the strongest point and I try to copy Marc. I make a big improvement from entry to apex, this makes me more confident on the bike and [means] less mistakes. This is the reason why I’m getting faster and faster."

Nakagami admitted that "there was not really a big change" between the 2019-spec Honda he is riding and the '20 version after a troubled winter of testing for the marque.

Crutchlow, who is still recovering from injuring his right scaphoid in a crash in warm-up for last weekend's Jerez race, was asked for his opinion on his teammate's progress.

"You don't gain [all that time] by looking at data. Sure he might have gained some [time] on braking, he might look at the throttle trace, but you can't copy someone else's style.

"If you jump one second a lap in a weekend, it's in your head. It's not [because] you looked at some squiggly lines."

Marquez opens up on why comeback bid “became dangerous”