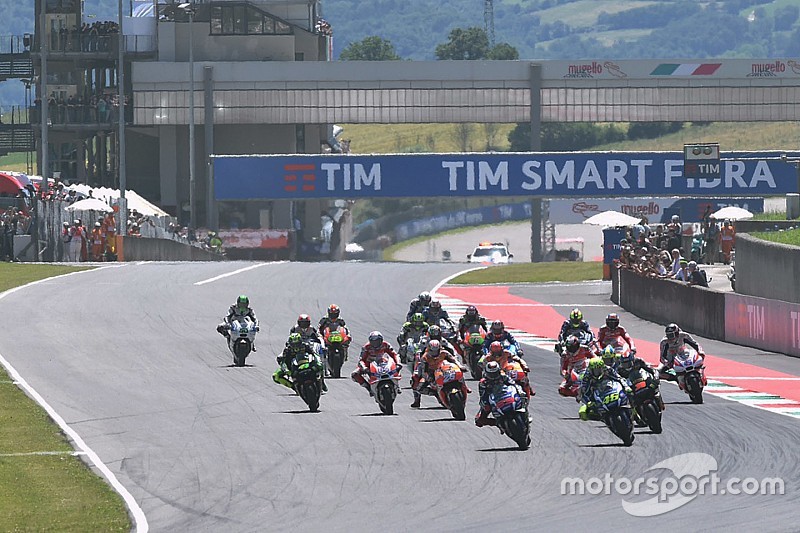 The sixth round of the MotoGP championship trail was another one to savour, as Jorge Lorenzo and Marc Marquez's epic duel went down to the wire - but who else stood out at Mugello? Jamie Klein and Valentin Khorounzhiy offer their verdict. 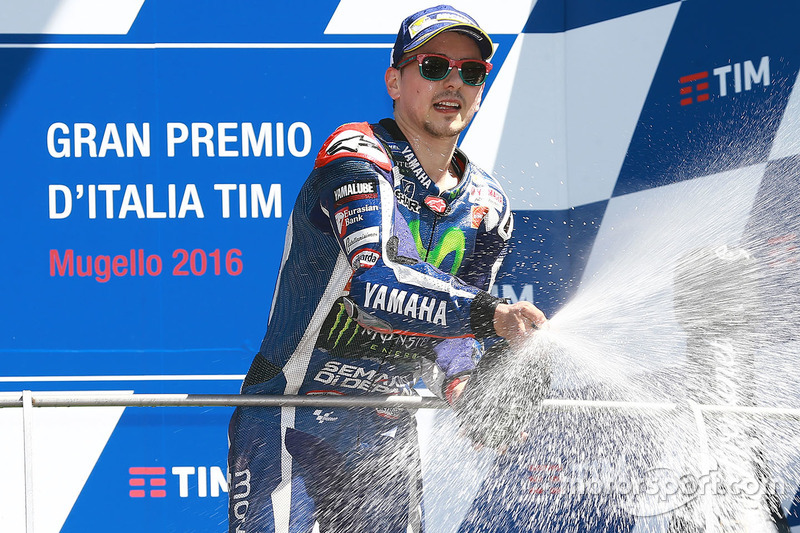 Qualifying fifth was disappointing by Lorenzo’s lofty standards, but the reigning champion made up for it with a blinding start to lead into Turn 1. While he couldn’t do his usual disappearing act from there, coming under pressure from first Rossi and Marquez, he put his Yamaha in just the right place exiting the last corner to profit from the Honda rider’s woeful acceleration and steal the win. 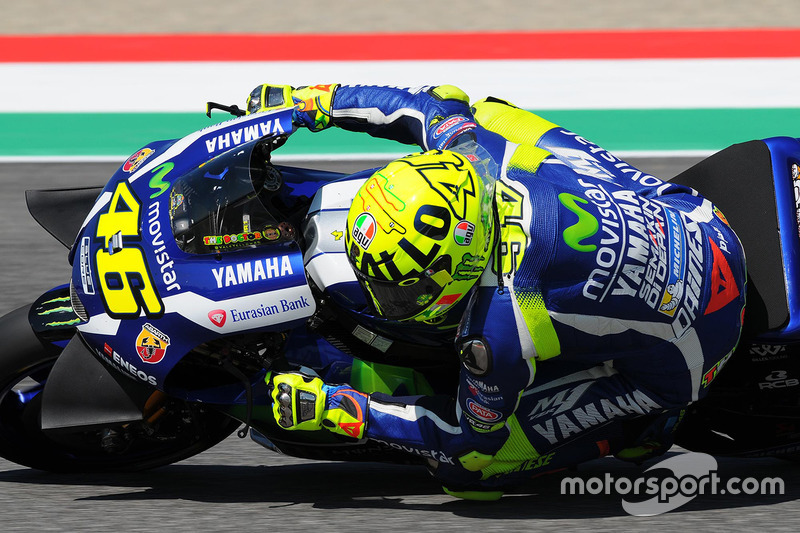 Could Rossi have won at Mugello for the first time in eight years if not for his engine failure? We’ll never know for sure, but what we do know is that The Doctor, albeit with a little help from Vinales, put together a stunning pole lap in qualifying, and was in prime position to attack Lorenzo in the race before his retirement caused 100,000 Italian hearts to sink. 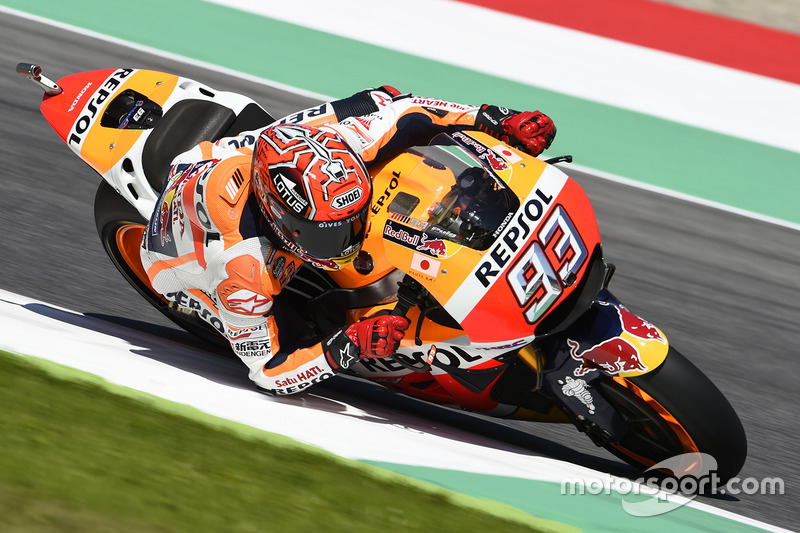 Having fought so valiantly on a bike clearly lacking compared to the Yamaha, losing out by 0.019s to Lorenzo must have come as a crushing disappointment to Marquez. Disregarded the points situation and throwing caution to the wind, his pass on Lorenzo on the final lap – as well as his response to his rival's overtaking attempt at Biondetti – was the Spaniard at his very best. 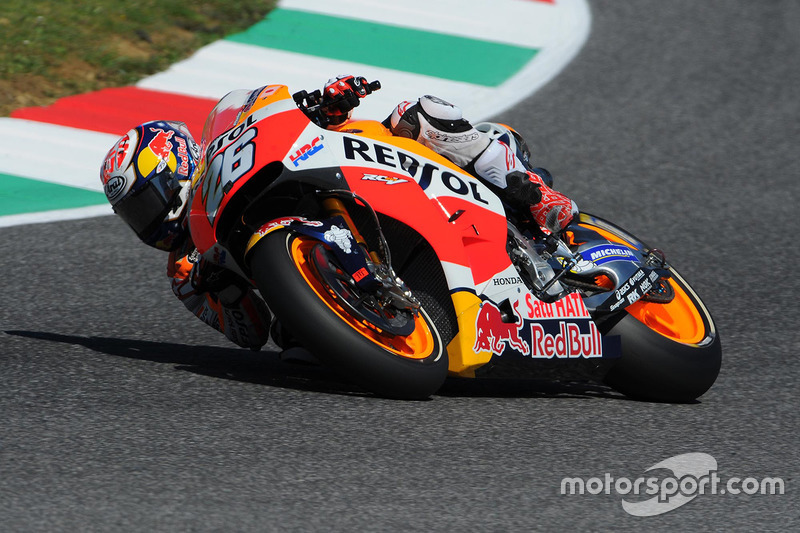 This was by some distance the closest behind teammate Marquez that Pedrosa has managed to finish this year, under five seconds splitting the pair at the chequered flag. Once again, his lowly grid slot of seventh and lack of early pace were his undoing as far as challenging at the front was concerned, but the 30-year-old deserves credit for coming so close to making the podium on merit. 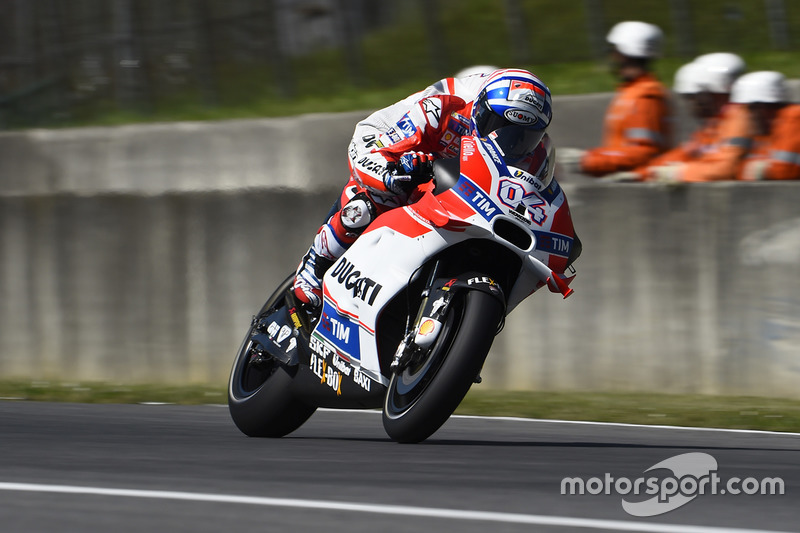 Dovi has been better on Sunday than on Saturday almost every race weekend this year – but nowhere was the contrast was more obvious than at his home race. Lost and apparently struggling for fitness in practice and qualifying, starting down in 13th, he was very impressive in the race, even if an arm pump issue didn't allow him to maintain pace throughout. 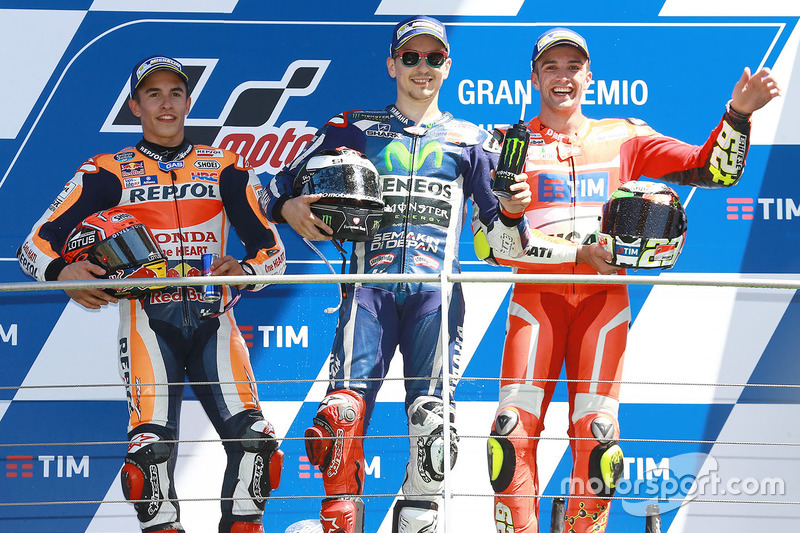 A podium is always a good result, but Mugello will ultimately go down as another victory chance gone begging for both Iannone and Ducati. On average the quickest rider all weekend, he was seriously let down by a poor start that demoted him from third on the grid to eighth on the opening lap – but deserves to be commended for a sterling fightback. 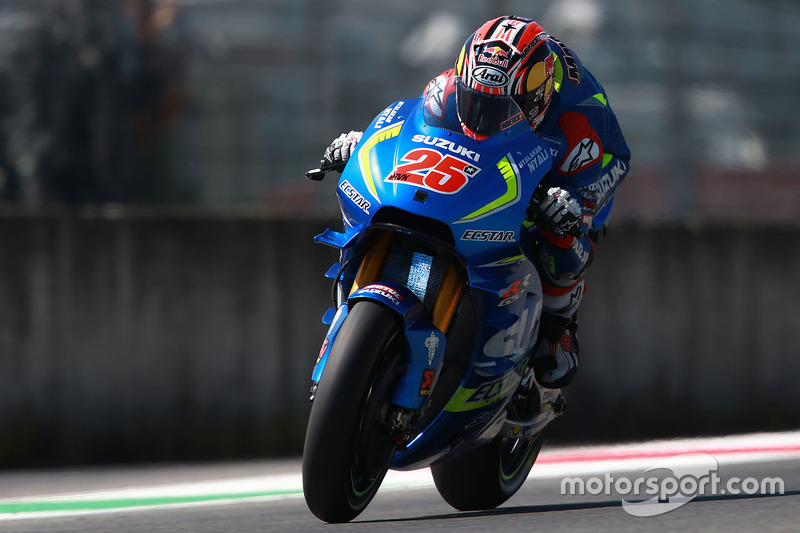 After missing out on a maiden MotoGP pole by the tiniest of margins, and topping Sunday morning’s warm-up, Vinales seemed a sure bet for at least a podium before an electronics glitch robbed him of vital power off the line. From there, it was all about damage limitation, and from 11th at the end of the first lap, sixth was probably the maximum possible result. 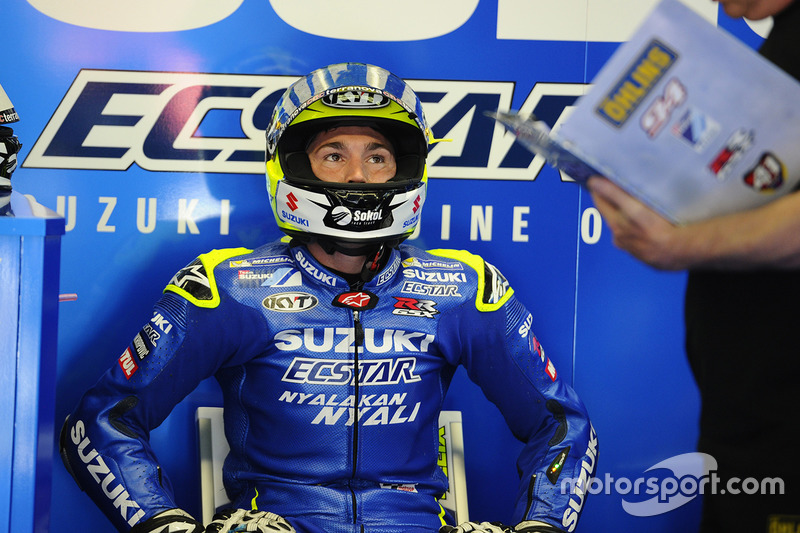 After a solid run of three top six-finishes, the elder Espargaro was the architect of his own misfortune in Italy as he damaged his race bike in a warm-up crash. Unable to find the same feeling with the repaired GSX-RR in the race, Aleix squandered his second row grid slot, slipping to ninth behind bikes a Suzuki rider really shouldn’t be having to battle now. 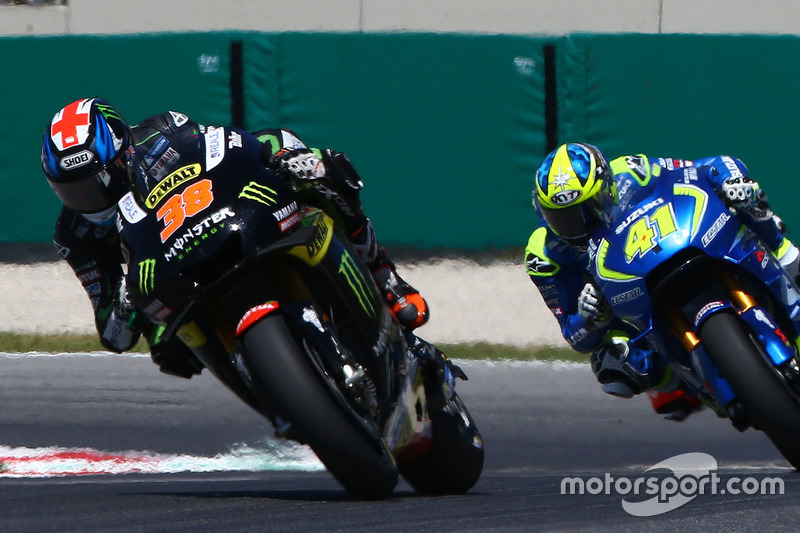 Slowly but surely, Smith’s season is finally starting to gain some momentum, as the KTM-bound Brit took his best result of the campaign so far in seventh and finished as top satellite rider for the first time in 2016. On a weekend where teammate Espargaro seemed to be struggling to stay on the bike, beating a Pramac Ducati and a works Suzuki in the race was certainly a job well done. 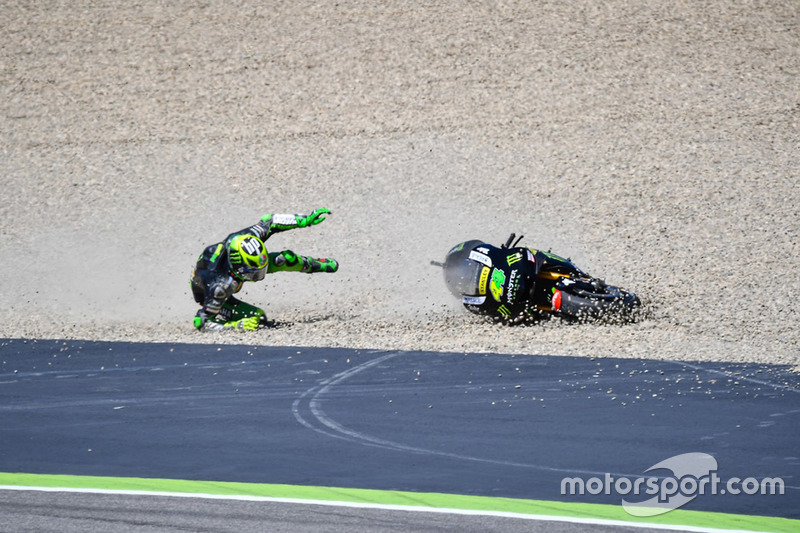 It's impossible not to feel for Pol, whose worst performance of the season came on the very weekend that his Yamaha paymasters publicly said he wasn't considered for a factory ride in 2017. He fell three times when it counted most – in FP3, Q1 and in the race – but, by some miracle, that 100-percent scoring record is still intact as he picked up his bike to finish 15th. 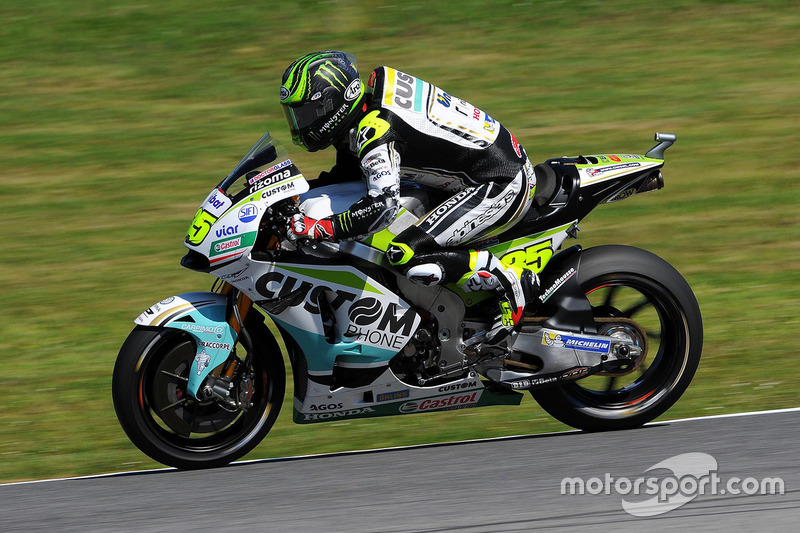 Anonymous virtually all weekend, Crutchlow sentenced himself to 16th place on the grid when he crashed out of Q1, and could only match his sole previous points-scoring finish of the 2016 campaign – his 11th place from Jerez – after losing touch with the pack ahead early on in the race and coming from little pressure from behind. Another race to forget for the beleaguered LCR rider. 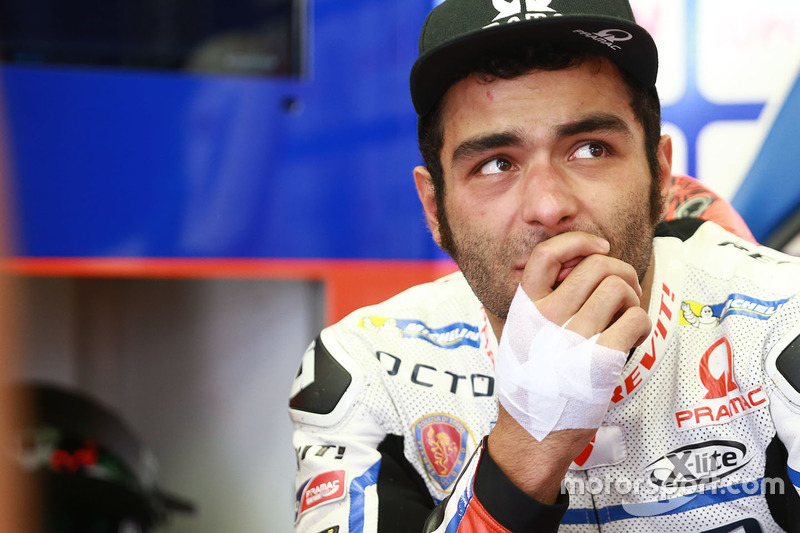 Beating teammate Redding in qualifying for the second straight time since his return from injury, Petrucci struggled in the early laps of the race, but soon found his footing – and even managed to challenge Smith for the honour of being the top privateer at his home race. The feel-good story of his comeback continues. 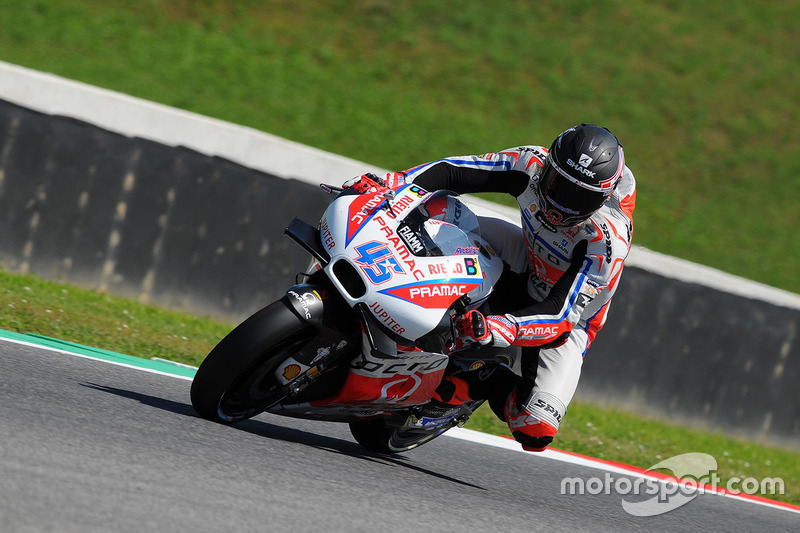 Mugello marked a third successive non-score for the luckless Redding, this time caused by a water issue that caused a warning light to appear on his Ducati’s dashboard and the Briton to park the bike out of fear of damaging the engine. Prior to then, he had been running in the fringes of the top 10 and was well in the fight to be top privateer.

On your bike: Fernando Alonso takes time out to admire Moto GP "heroes"