During the Jerez round of the World Superport 300 Championship last weekend, 15-year-old Dean Berta Vinales – cousin to Maverick Vinales – died in a multi-rider accident.

He is the third teenager to die in an event at European and world championship level, following 14-year-old European Talent Cup racer Hugo Millan in July and Moto3's Jason Dupasquier in May.

This has sparked debate within the motorcycle racing community about how safety in junior categories can be improved to stop fatal accidents like this from continuing to happen.

Rossi believes yellow flag rules need to be enforced better in these classes, while also noting something has to be done about the aggression levels in these races – a consequence of the nature of the machinery used creating close racing.

"What's happened in Jerez is a big disaster, and also coming from three times already this year very young riders [losing their lives]," Rossi said on the eve of the US Grand Prix.

"What can we do? I think the problem is the most dangerous thing in our sport is when a rider crashes and after they are taken by the rider behind.

"This situation in [Supersport 300] races are very dangerous, because you have a lot of riders – more than 42 bikes. And everybody is very close.

"So, the risk that this [type of crash] happens is very high.

"What we can do, first of all [is force] more respect for the yellow flag from the rider behind.

"I don't know exactly the dynamic of the crash [at Jerez], but for sure usually the riders when they see the yellow flag they try to lose as less as possible.

"But maybe this is one way to improve. And also, in the last years always the riders, also the young riders are very, very, very aggressive, and when you follow the races it's quite scary because everybody gives more than the maximum and they never think what can happen.

"For me everybody has to remember motorcycle races are very dangerous." 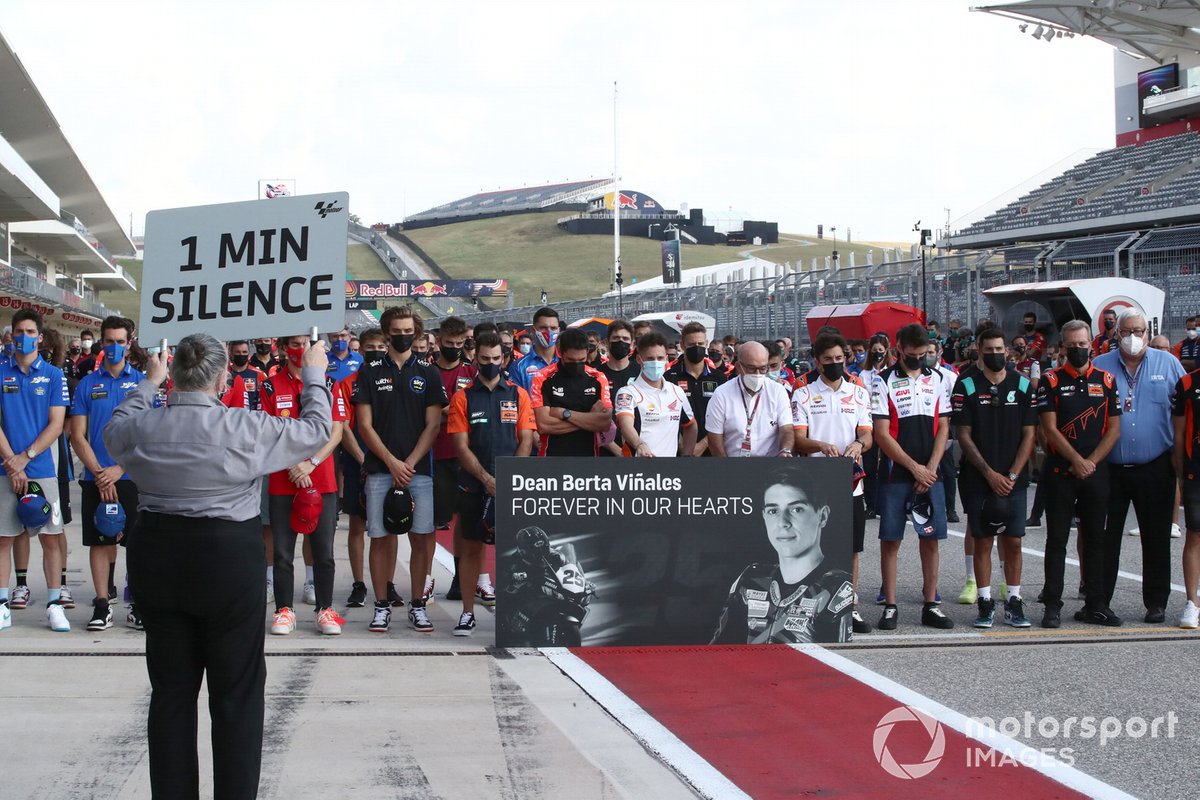 When asked by Motorsport.com if raising the minimum age limit in junior competition at international levels would be a solution to this, Rossi said this wouldn't make a big difference, and that a much stricter set of regulations would be better.

"[Raising the age limit] Can be [a solution], but it's difficult because if anyway if you move the age one year or maybe two years, can help but it's not a big difference," he added.

"But maybe who controls the races, especially the junior races with the very young riders, have to be more strict and have to follow all what's happened on track more precisely.

"And if someone makes something dangerous, be stronger with the penalties, maybe this is the way.

"I think our sport is fantastic, we all love the sport, but you need to move always with a bit of respect for the rest of the riders because for sure everybody wants to ride in front.

"But there are some things more important that gaining two positions – that is the safety of you and your rivals, and I think this is the message that has to be stronger in the future."

Marquez: ’22 Honda “one of the biggest differences” I've felt in MotoGP