MotoGP world championship leader Fabio Quartararo says his first experience of a Formula 1 simulator was an “amazing” experience, though admits he was “lost” at first.

The factory Yamaha MotoGP rider was offered the opportunity by reigning F1 constructors’ world champions Mercedes to drive its simulator at its Brackley base on Wednesday ahead of this weekend’s British Grand Prix at Silverstone.

Quartararo, Yamaha and Mercedes all share key sponsors in Monster Energy and Petronas, with energy drinks giant Monster paving the way for the opportunity.

The French rider completed 50 laps on the Mercedes simulator and was enthralled by the experience, noting that he would one day “love” to drive a real F1 car.

When asked for his thoughts on the experience and whether he would be open to a switch to F1 one day if the opportunity arose, Quartararo said: “Yeah, I had the chance to try the simulator yesterday [Wednesday].

“It was amazing, I was able to make around 50 laps and it was amazing to see how realistic it can be.

“So, in the beginning I was lost but by the end I was able to drive in a good way.

“At the moment, I have a goal to achieve here [in MotoGP], so first of all I would love to drive one.

“Then for one full season, I don’t think [will happen]. But to be able to give it a try would be nice.” 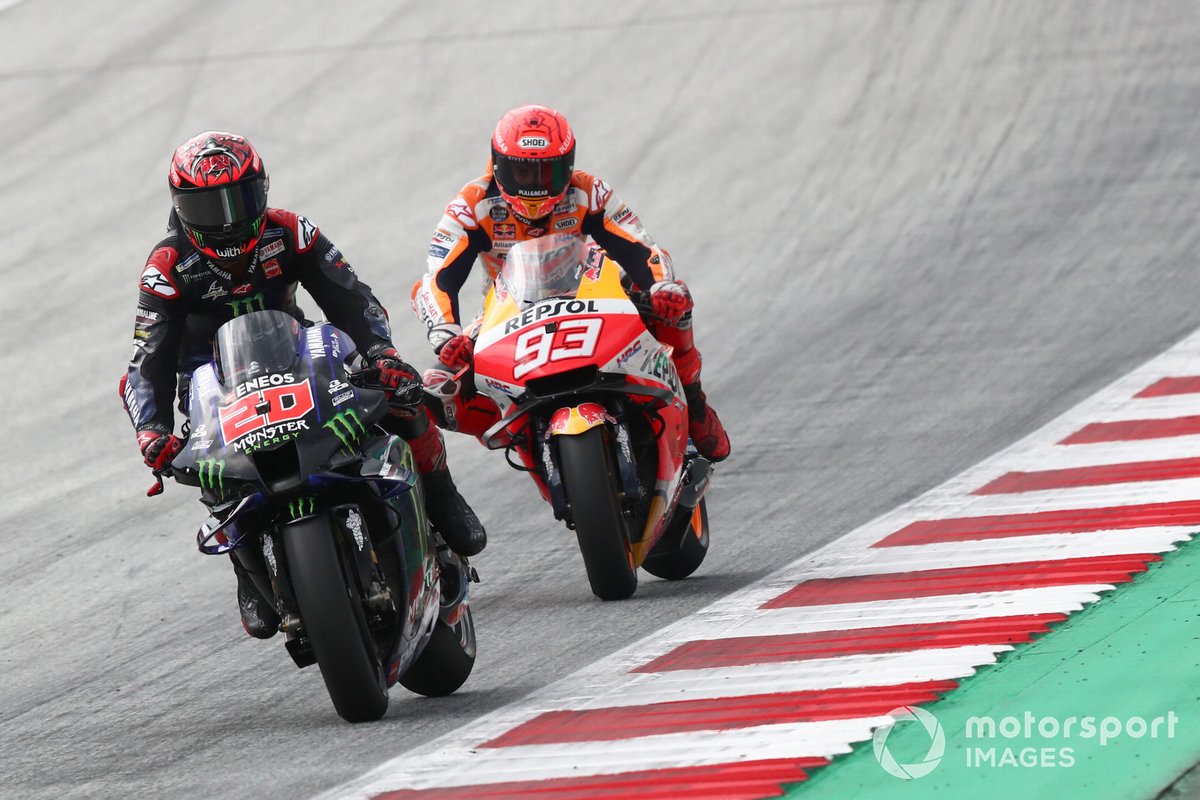 Quartararo currently leads the MotoGP standings in 2021 by 47 points having won four times so far this season.

Mercedes back in 2019 offered MotoGP legend Valentino Rossi the opportunity to drive its 2017 title-winning F1 car at Valencia’s Ricardo Tormo Circuit as part of a ride swap with Lewis Hamilton – who sampled Rossi’s M1 MotoGP bike.