The official entry list for the 2022 MotoGP season has been unveiled, with Valentino Rossi’s VR46 Racing Team still without Aramco title sponsorship.

Rossi has now retired from MotoGP following his 432nd grand prix at the Valencia GP last weekend, bringing an illustrious 26-season career to a close.

But the Italian legend will still have a presence in the MotoGP paddock in 2022 as he brings his VR46 squad up from Moto2 into the premier class with Ducati machinery.

This was first announced earlier in 2021, but was immediately shrouded in controversy as a reported title sponsorship deal with Saudi Arabian oil giant Aramco was denied by the company – contradicting what was said in a press release issued by Tanal Entertainment.

Both VR46 and Tanal Entertainment continued to insist that a deal with Aramco did exist, but Aramco told Motorsport.com in two separate statements that no deal had – or ever did – exist.

During the Emilia Romagna GP VR46 team boss Pablo Nieto admitted progress was slow on the VR46 deal but things were moving forward.

However, no new information on that front has been forthcoming, with the entry list for 2022 unveiled by governing body the FIM listing Rossi’s squad as simply the VR46 Racing Team.

The team will field Luca Marini, who raced an Avintia Ducati in VR46 colours in 2021, and Moto2 graduate Marco Bezzecchi next year. 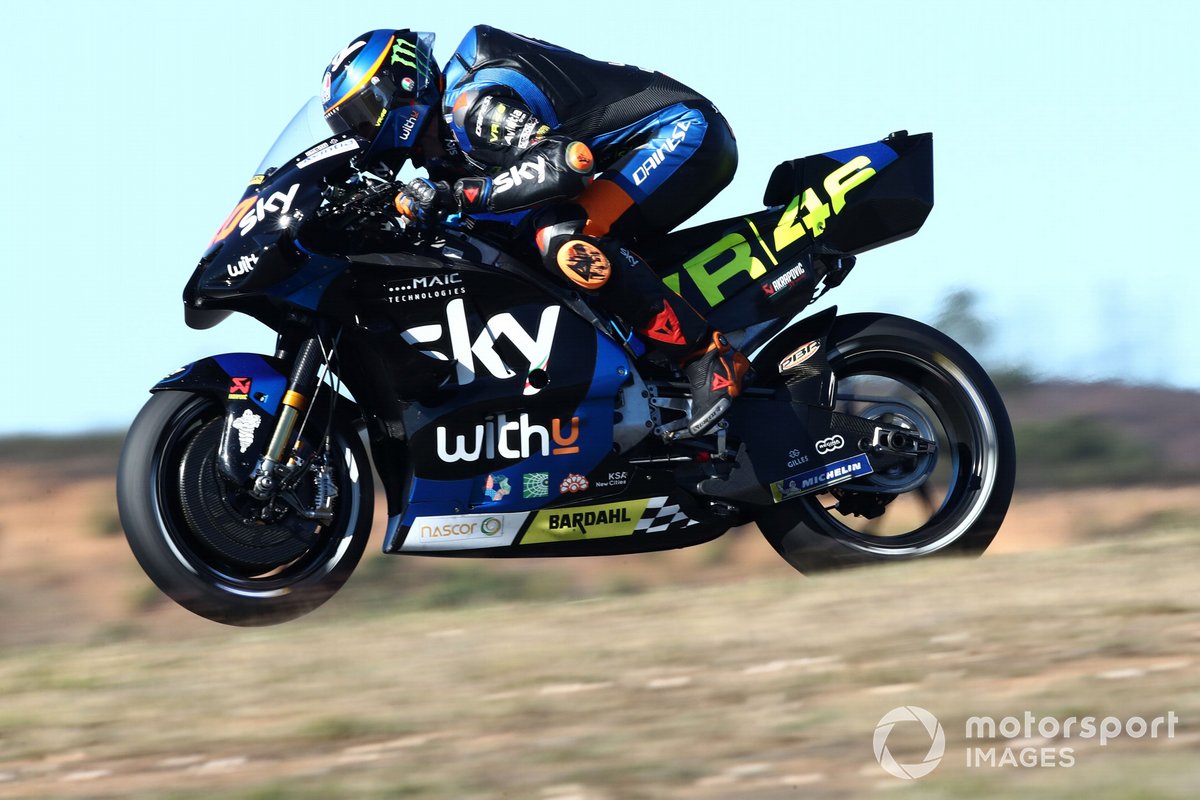 Marini will ride a factory-spec Ducati for his second season, while Bezzecchi – who will sport the number 72 – will race a GP21.

VR46 takes over the grid slots from the Avintia squad, which departed the premier class at the conclusion of last weekend’s Valencia GP.

RNF Racing rookie Darryn Binder, who makes the jump straight from Moto3 to MotoGP next year on a Yamaha, will keep his number 40.

New world champion Fabio Quartararo announced after his title win that he would not run the number one plate in 2022, with the entry list confirming his 20 on the front of his factory Yamaha.

Next year Aprilia will become a standalone factory squad, while Gresini Racing returns to independent status with Ducati machinery.

Fielding Aleix Espargaro and Maverick Vinales, Aprilia is yet to announced a title partner.

The FIM has also unveiled the Moto2 and Moto3 entry lists for 2022, with the most notable thing being 2021 Moto3 world champion Pedro Acosta switching to 51 as his 37 is being used by Augusto Fernandez.

Preparations for the 2022 season will get underway on Thursday with a two-day test at Jerez.