MotoGP to use 'check-in box' to police fairings in 2019 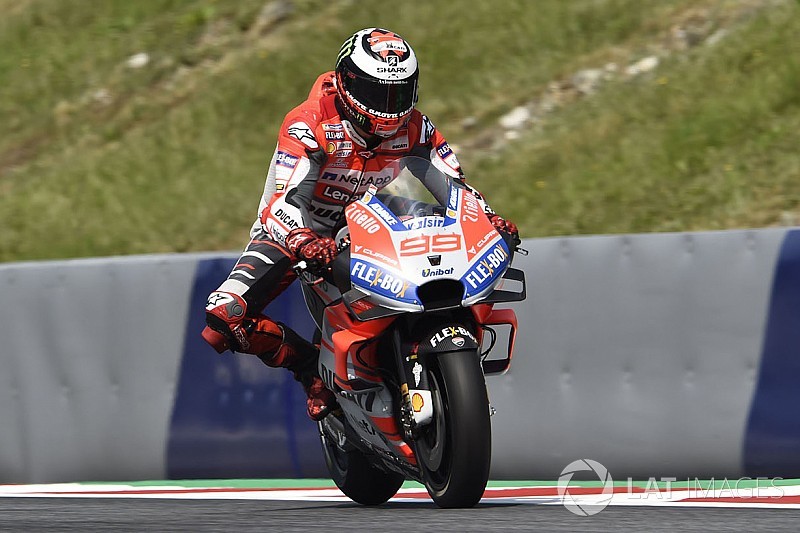 MotoGP has moved to clarify its stricter aerodynamic regulations for 2019, with a ‘check-in box’ to be used in order to test the legality of the new designs.

The championship announced a new set of rules surrounding aero fairings in July, most notably banning the practice of manufacturers using bodywork with removable parts that can be added at certain tracks depending on their aerodynamic requirements.

It was also confirmed that fairing designs would be subject to “new limitations” in size, which were left undefined.

Now MotoGP technical director Danny Aldridge has specified the exact changes, and says a new airline-style metal box will be used to check that fairings comply to the new limits.

“We have restricted the aero-body in size to some extent,” said Aldridge. “Whereas before it was 600mm all the way through, from top to bottom, we now have a new dimension that the bike must fit.

“The way we will control is we will build a check-in box, basically the bike will have to fit inside this structure. It is a box that’s within the parameters of the regulations.

“If the bike fits inside, it’s within the rules; if it doesn’t fit, it’s technically illegal.”

On exactly how the checking procedure will work, he added: "What we’ve agreed with the manufacturers, we will more likely push the check-in box onto the bike, rather than the other way round.

"The bike will stay in position, the forks will be set at a certain length, and the back wheel will be slightly off by a maximum of 2 or 3mm, and then we will push the check-in box in."

Aldridge said that not all of the existing fairings will fit the new dimensions, but refused to be drawn on which manufacturers would have to modify their designs.

MotoGP teams this year were restricted to one ‘evolution’ fairing on top of their base design, which could be introduced at any point in the year – something Honda and Ducati have taken advantage of.

Aldridge confirmed that this will continue to be the case next season, although the front fender may be changed independently of the main part of the fairing.

“As per 2018, manufacturers will still be permitted one upgrade of the fairing per season,” he said. “The manufacturer has the right to upgrade as and when they wish.