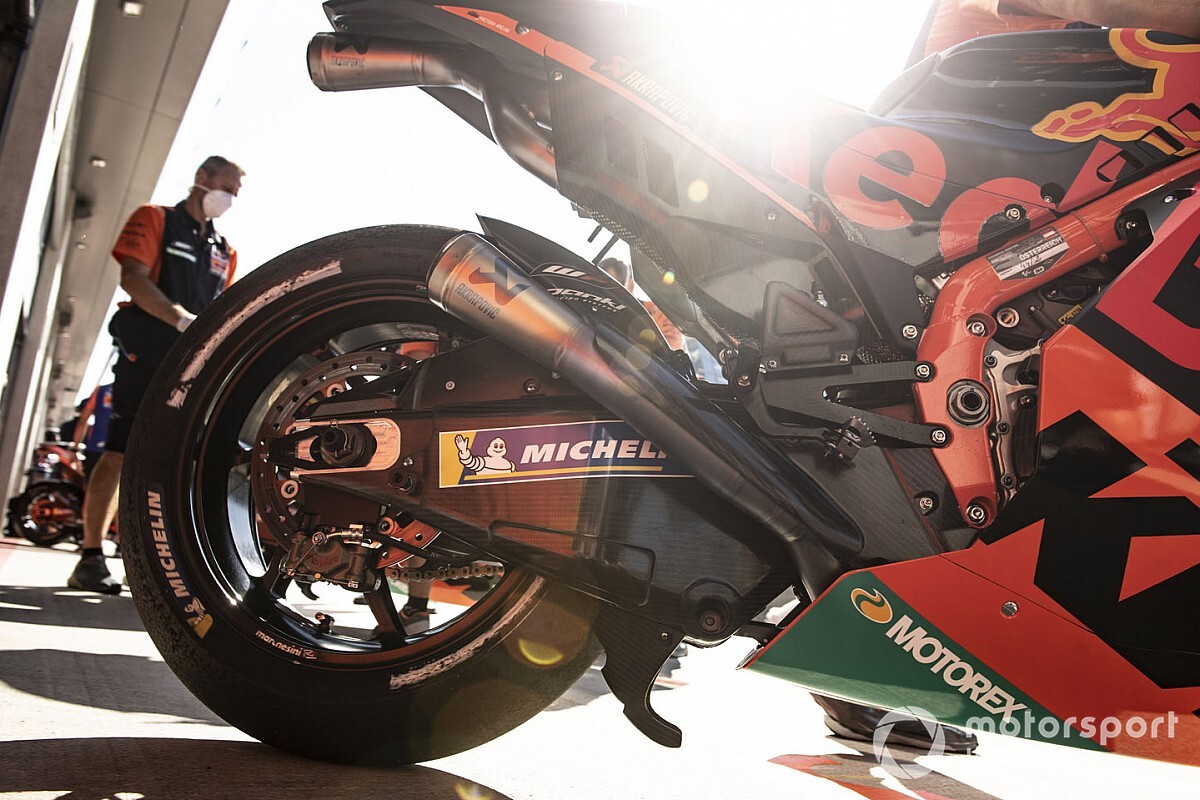 Several MotoGP manufacturers are not happy that KTM will be permitted to develop its engines ahead of the 2021 season, with fears it is working on a “super engine”.

Motorsport.com revealed last week that KTM will now be allowed to develop its engines for next year now it has lost its results-based concessions as a result of Brad Binder and Miguel Oliveira’s wins at the Czech and Styrian Grands Prix.

But this is a move that has angered several rival manufacturers, as a source close to Motorsport.com who was present at the manufacturers’ association meeting ahead of the Styrian GP where KTM was granted dispensation to develop its engines explains.

“We believe that KTM is preparing a super engine for 2021,” the source told Motorsport.com. “Unlike the rest, they are going to be able to open and touch up the engine without any limitation. In fact, they can make it [a] whole [new one] if they want.”

Motorsport.com understands that the original MSMA proposal was to allow KTM to continue running with the two extra engines it currently does now – meaning it would have nine assuming 2021 is a normal 20-race calendar, while its rivals would only have seven – after it raised concerns about the durability of its current engine designs.

With no unanimous position reached by the six manufacturers, the executives of the Grand Prix Commission intervened by citing the new regulations regarding homologated parts – of which the engine and aerodynamic fairings are categorized.

“Any manufacturer that has concessions in 2020 and that starts 2021 without them, will be subject to the homologation regulations of its engine from the first event of 2021, where that specification (that of 2021) will have to be presented to the Technical Director,” the rule states.

This has built up a lot of resentment towards KTM, with some upset at the advantage KTM will be able to gain in being allowed to develop its engine while the rest will have to use their current versions for the entirety of 2021.

Why Honda can’t gain concessions even if 2020 woes continue