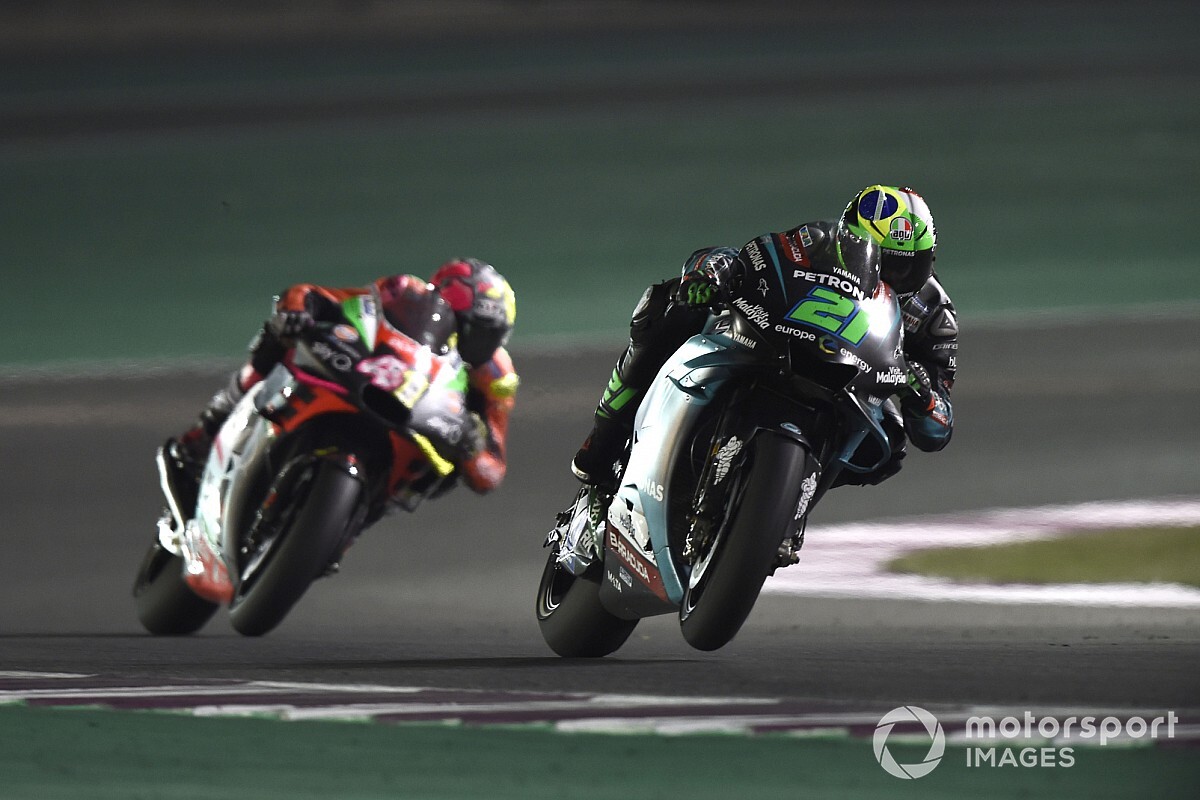 MotoGP teams will meet online with Dorna Sports and the FIM on Thursday to discuss the possibility of moving the date of the 2021 season-opening Qatar Grand Prix.

On Tuesday MotoGP announced it had cancelled the Sepang pre-season test in Malaysia after a state of emergency due to an escalation in COVID-19 cases in the country.

Currently, the Qatar test on March 10-12 is scheduled to go ahead, with the current championship start date of March  28 in the country provisionally still on.

Motorsport.com understands a meeting between the heads of all MotoGP teams, governing body the FIM and commercial rights holder Dorna will take place on Thursday to discuss the possibility of altering that March 28 start date.

Currently, the sole pre-season test now scheduled in 2021 will end two weeks before the first round as has been the case in previous years.

But last year the outbreak of COVID-19 reached a critical point worldwide between the Qatar test and the opening round, forcing the MotoGP race to be cancelled owing to travel restrictions coming into force in the country.

One option set to be discussed is moving the Qatar test date back to shorten the gap between it and the grand prix, which would allow for teams to remain in the country for the race without having to spend money on two weeks’ worth on accommodation.

Another option is to move the Qatar GP forward to the week before.

Currently, the 2021 Formula 1 season is due to begin on March 28 in Bahrain, which will lead to a television clash as both are run as twilight events.

With F1 postponing its original season-opener in Australia, Motorsport.com understands some teams believe MotoGP should utilise this slot for the Qatar round.

For this to happen, approval would need to be had from the television broadcasters and the Qatar GP organisers.

The provisional 2021 MotoGP calendar consists of 20 events, though only 19 have been confirmed as the slot originally held by the Czech GP remains a TBC on the draft schedule.

But with the virus situation around the world worsening owing to the emergence of new variants of COVID-19, it is likely further revisions will have to be made.