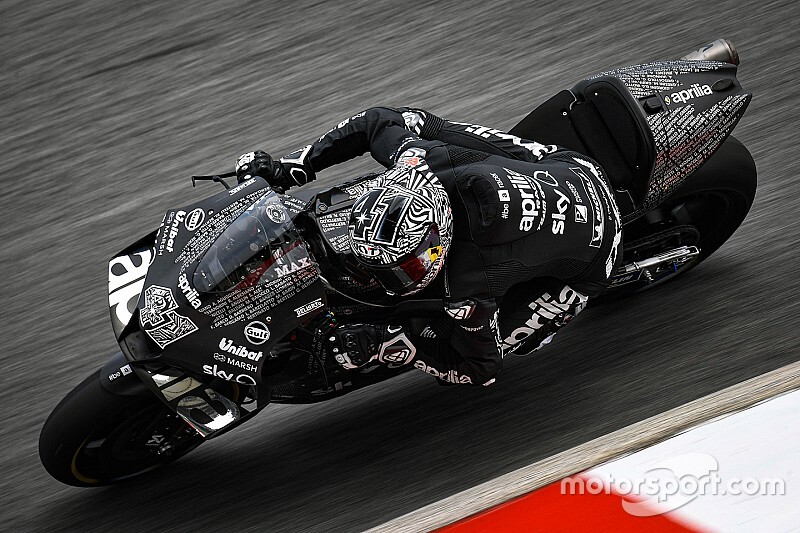 Aleix Espargaro's frustrated media debriefs became a common theme in 2019, but an encouraging showing in the Sepang test with the latest evolution of its RS-GP points to a positive future

Aprilia unveiled the long-awaited "revolution" of its RS-GP MotoGP bike at last weekend's Sepang pre-season test, which was met with praise from its number one rider Aleix Espargaro after a positive six days of running during the shakedown and the official test.

In doing so, Aprilia has already passed its first major challenge with its new bike.

Espargaro is not one to shy away from letting his feelings be known, and hosted many a frustrated media debrief across the 2019 season as he fumed at Aprilia's lack of progress with a bike he felt had the ingredients to be a strong package.

Podcast: What we learned from MotoGP Sepang testing