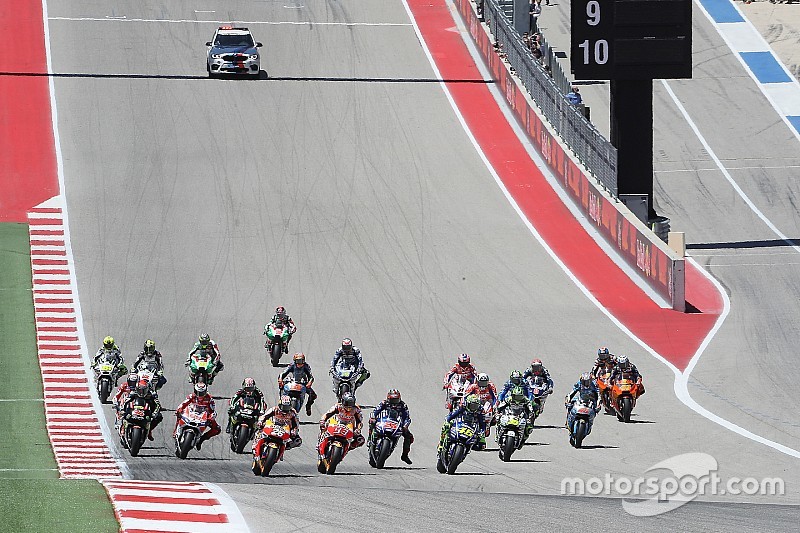 Dorna boss Carmelo Ezpeleta has confirmed plans for an all-electric MotoGP support class, which could begin as early as 2019.

Electric bike racing has yet to take off in the way it has on four wheels with the inception and rapid growth of the FIA Formula E championship, although the Isle of Man TT has held an electric race as part of its programme since 2010.

However, plans are under way to have an electric series on the support bill for as many as five MotoGP races in 2019, with four manufacturers having offered to supply the grid of 18 bikes.

The bikes are expected to reach speeds of around 200 km/h (124mph), making them slightly slower than the existing Moto3 bikes, while races are planned to last around 10 laps each.

It’s also been suggested that MotoGP’s independent teams, as well as a small number of leading Moto2 ouftits, will be guaranteed grid slots for the new championship if they wish to participate.

“The project is very advanced,” Ezpeleta told Motorsport.com. “It’s most likely that in 2019 we will have several support races [for MotoGP] in Europe.

“We already have four offers from brands on the table. It will be one-make, with all bikes the same, and the races will be a minimum of 10 laps long.”

While Formula E relies on carbon-neutral glycerine generators to recharge its cars between sessions, Ezpeleta wants the new MotoGP support series to use solar panels.

“We want the batteries to be recharged from solar panels, not from generators like in other championships,” added Ezpeleta.

“This way, we can leave something profitable for the circuits where the series races.”

Crutchlow: Honda must allow riders to "stop braking like idiots"