The new chicane at Red Bull Ring’s Turn 2 has been met with widespread praise from MotoGP riders following its debut in Friday practice for the Austrian Grand Prix.

Since the violent accident in 2020 involving Johann Zarco and Franco Morbidelli at the old Turn 2 kink, riders have called for modifications to be made to the Red Bull Ring to improve safety at that section of track.

The circuit duly built a new chicane – designated as Turn 2a and 2b – in the winter to be used for the 2022 MotoGP event.

The finished modification is much tighter and slower than what was originally proposed by the circuit, but has been lauded by riders after they got their first taste of it in Friday's two 45-minute practices for the Austrian GP.

"The new chicane is a nice addition to the track," said Ducati's Jack Miller. "It's completely blind there, especially heading into the braking zone. As you saw in the first free practice, a lot of guys were running wide because it comes up on you really quickly.

"But now getting an understanding and a feeling for it, it's a lot of fun.

"You've got a lot of different changes in camber as you go in, so the bike's moving around a lot, I'm burying the rear brake and able to really get it sliding going in before the most aggressive change of direction on the calendar.

"It's a lot of fun, there's a lot of bumps on the way out so it spices it up. I think it makes Turn 3 better for overtaking. For sure it's a lot safer, so it's definitely a positive thing." 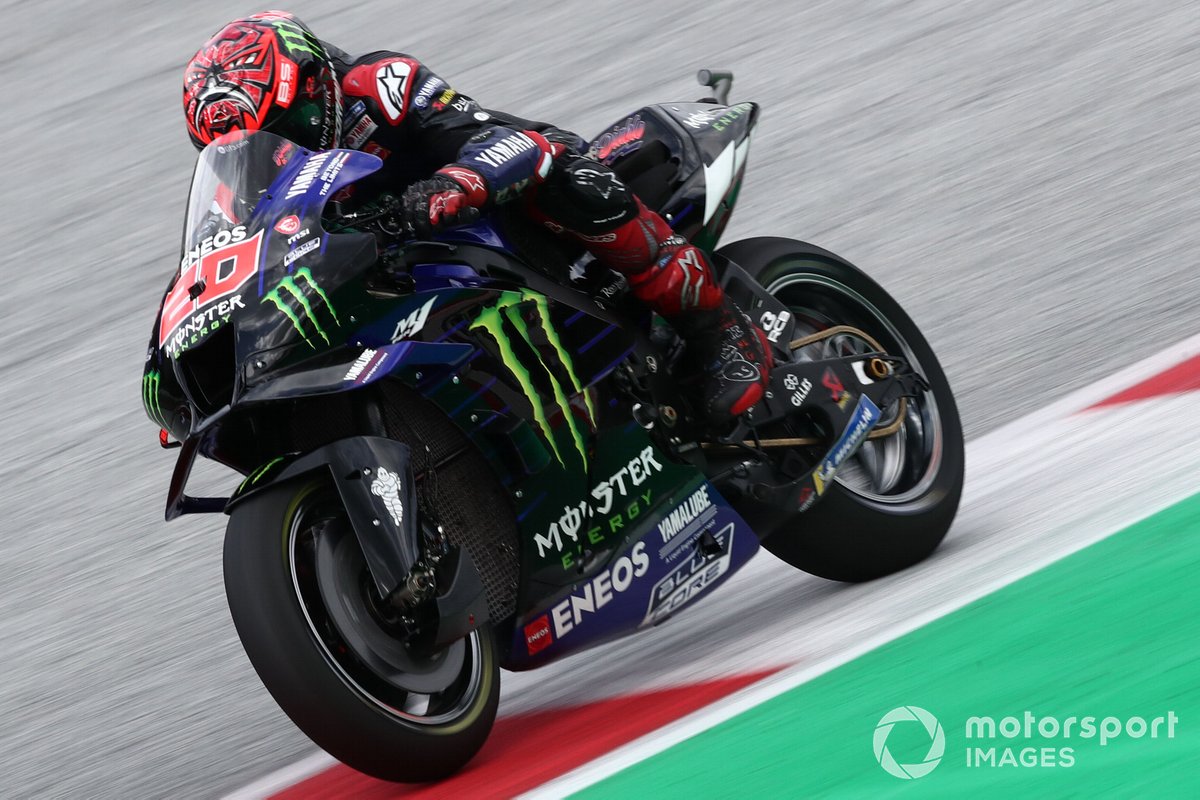 While reigning world champion Fabio Quartararo said he prefers the old layout, he is pleased with the chicane as it is better for the characteristics of the Yamaha.

"Well, looking at sector one for sure it's better," Quartararo said of the new chicane. "I prefer the older layout, but at the end you prefer what is faster and what is better for you.

"And for us it's much better to have this chicane, and it's in first gear. So, I didn't expect it to be that slow.

"When you go out on a bicycle everything looks so big, but on the bike it's so small and it's better like that for us."

Suzuki's Alex Rins echoed the comments on the chicane's improved safety, but noted the bumps on the way into the new part of track and the change from the old asphalt to the new surface is causing front locking.

"It's much different, but for sure it's safer than before," Rins added.

"The negative point is we have more locking there, there are a lot of bumps, also when we go from the old asphalt to the new one. But for sure it's more secure."