By:
Lewis Duncan
Co-author:
Oriol Puidgemont
Listen to this article

The 22-year-old was involved in a multi-rider incident during last weekend’s Supersport 300 race at Portimao as part of the World Superbike support package.

Steeman suffered severe head injuries which he tragically succumbed to on Tuesday.

He is the second rider in the space of a year to have been killed riding in the Supersport 300 class, after Dean Berta Vinales – cousin of Maverick – lost his life in a similar incident at Jerez in 2021.

But Maverick Vinales believes the biggest issue currently is the Supersport 300 bike itself, which he says is too heavy and not powerful enough, which means pack races are too common.

“I always had the same opinion about the Supersport 300, and I said before Dean [had his accident] and that type of category with bikes of 160 kilos that can ride at maximum 140mph on the straight is useless for a rider,” Vinales began when asked what needs to be done after another fatal incident in Supersport 300.

“You don’t learn nothing. The talented guys are involved in a situation that if you have a bike that is two km/h faster, you win the race. There is no talent in that.

“I remember when I was a kid when I had to ride 125GP, there you were talented and it was impossible to win or to follow the good guys. 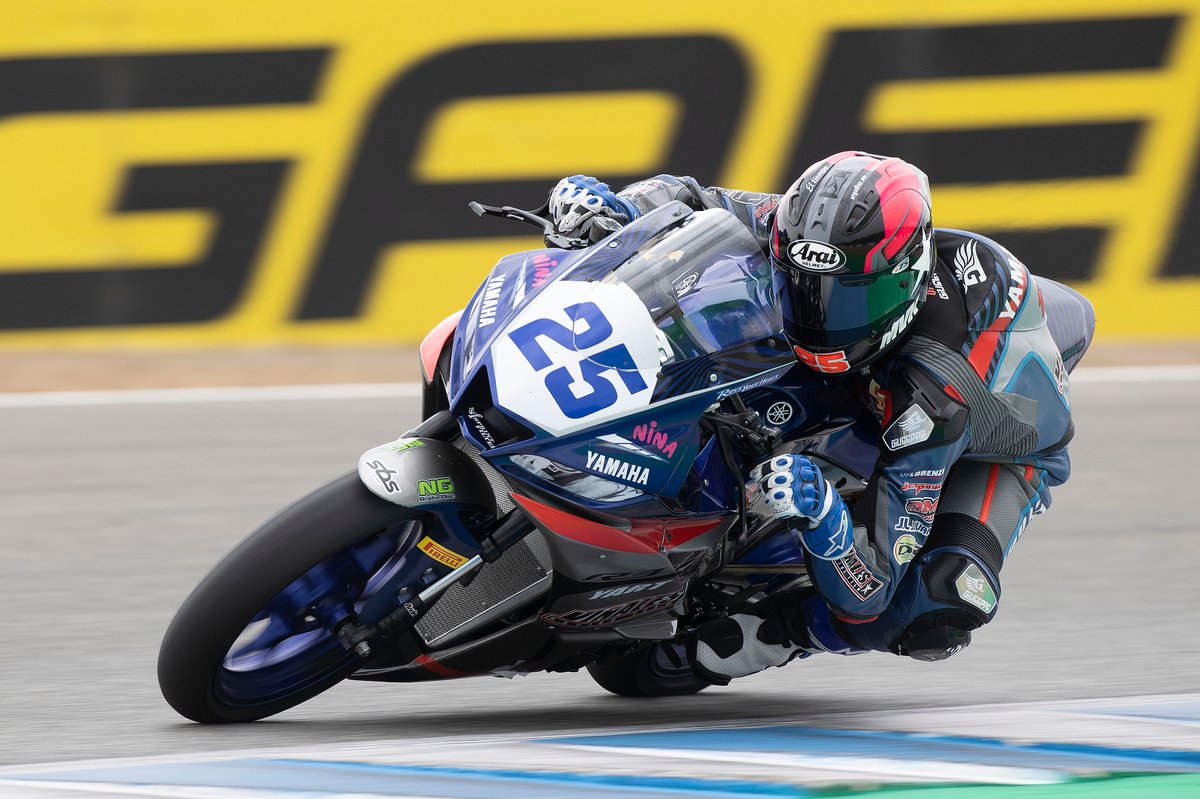 “I remember I arrived here in the world championship, the first time I followed the good guys I highisded. So, I learned a lesson.

“You need to work. But in this moment, also Moto3 – yes, you see some [good] riders. But they go together [in races], it wasn’t like this in the past.

“The talent was more than if the bike was a bit faster or slower. And for me the problem with Supersport 300 is the bikes are 160 kilos, they have no speed, they go together and of course if someone crashes in front of you it’s impossible to escape or something.

“For me it’s not about the age, it's not about the riders, it’s about the bikes. They have no power, weight like a MotoGP bike, brakes are shit, swingarm from the street.

“The problem is the category, not the riders. It’s not the age, because when I was 13 I rode 125GP and nothing happened because we were not 20 in one pack. There were only four, three, not more because it was difficult.”

Vinales added that he has previously tried riding the Supersport 300 bike and revealed he told his family that it was not a class his cousin Dean should have been racing in.

“You can be a rider that is two seconds slower [than the best], if you can follow then you can go with the first [guys]. So basically it’s about that.

“Of course, when it was the time I said to my family ‘I think this category is not good for Dean, it’s not good he rides here’.

“But in the end, things go like that. But of course, if this continues much more things will happen because this category – as I said – there’s too much weight on the bike, no power so they all go together, the bikes are not even racing bikes. That’s the biggest issue I think.”