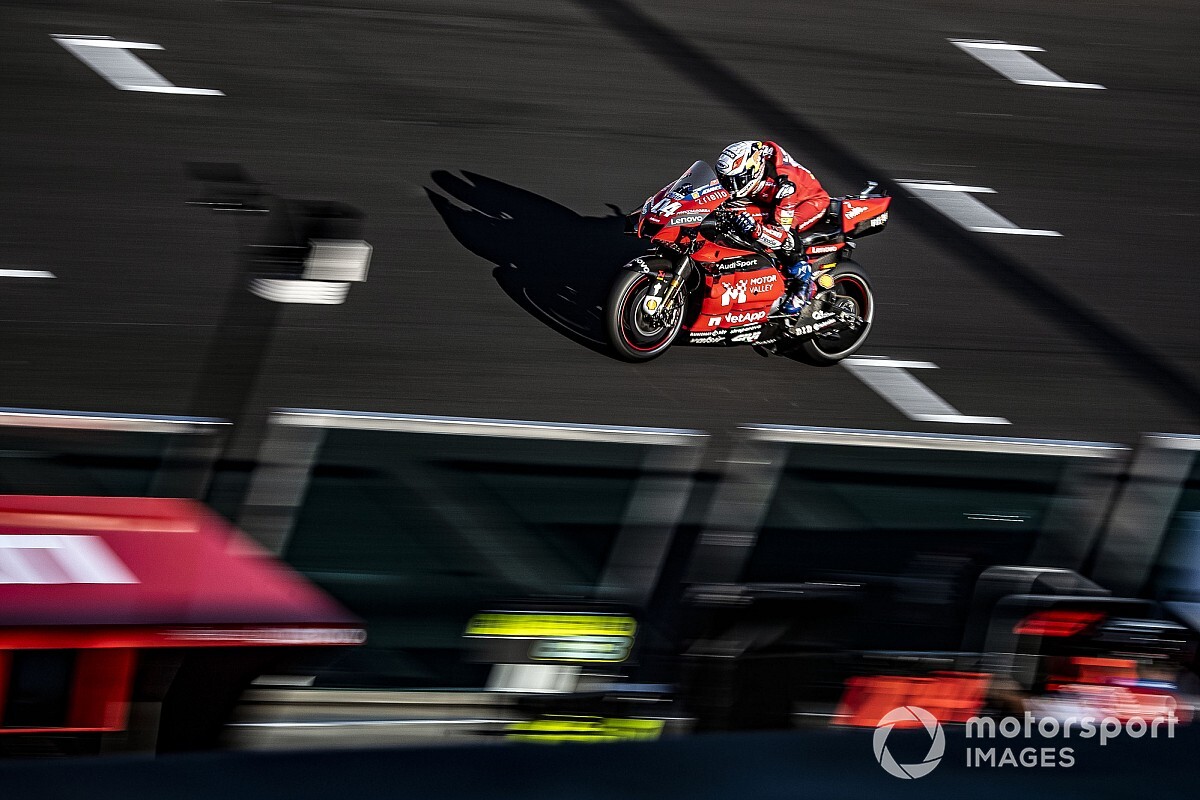 MotoGP’s riders have offered their thoughts on the radio warning system they tested during Tuesday’s post-San Marino Grand Prix test at Misano.

Last Friday, Honda rider Stefan Bradl tested the system for the very first time upon request from MotoGP promoters Dorna Sports as a means of communicating warning messages to riders to go along with the usual marshal flags.

Visibility of flags and delays in receiving messages regarding red flags were issues of concern raised during the Austrian double-header last month, with the riders agreeing in the Safety Commission to trial the radio system. At the moment purely being used for safety purposes, the field were sent pre-recorded messages through an in-ear headset early in Tuesday’s Misano test to trial the system.

Commenting on the test, Dorna’s Sporting Director Carlos Ezpeleta said: “It was really just a very first preliminary test let’s say, basically to test two things. One, to know if riders could here messages on the ear phones. And two, to see if they were distracted by a message that could arrive mid-corner or in moments of more concentration.

“In both those cases, the results have been very good for the riders we have spoken with. So, we’re considerably happy in this first day.”

Most of the riders who spoke to the media on Tuesday felt the test of the system was positive, though most were concerned about the earphones not cancelling wind noise on the bike very well – which in turn made it hard to hear the engine.

Andrea Dovizioso was one such rider to note this, though he felt the actual messages came through clearly: “We tried and it’s good because the sound was clear and I can hear what they say. But unfortunately there is… they have to change the inner-ear because it was like I didn’t have ear plugs, so the [wind] sound was so high and I can’t hear the engine too much.”

Suzuki’s Joan Mir added: "We tried on the first exit. It’s something that we have to continue working on a bit because the project is really fresh, everything need to improve. But let’s see. If we continue working, it can be a possibility to go with [it].

"Normally, the earplugs we use [cancel noise] a little bit more. We don’t hear almost nothing from outside, and with this it looks like we hear more. For some riders it can be a problem."

KTM’s Pol Espargaro had to stop testing the system because external noise while on the bike was too much.

“Unluckily, it was not great,” he said. “I could hear the messages going to my ear and I can understand what they are telling me, which is good. But the problem is noise cancellation. So, the earplugs we use [normally] cancel the noise and it was too noisy and impossible to ride.

“I went to the track but I needed to pit in because it was too noisy. So, it needs to be improved.”

Ezpeleta concedes some kinks have to be ironed out before the system is introduced properly, but this will come once all feedback from the riders has been collected.

“Clearly there are some things we have to improve on the new system,” said Ezpeleta. “Now it’s just about listening to the riders and seeing what are our requirements for the future, if there’s going to be a cable or no cable; the size of the receivers on the leather suits; the ear phones and how much noise they cancel from the bike.”