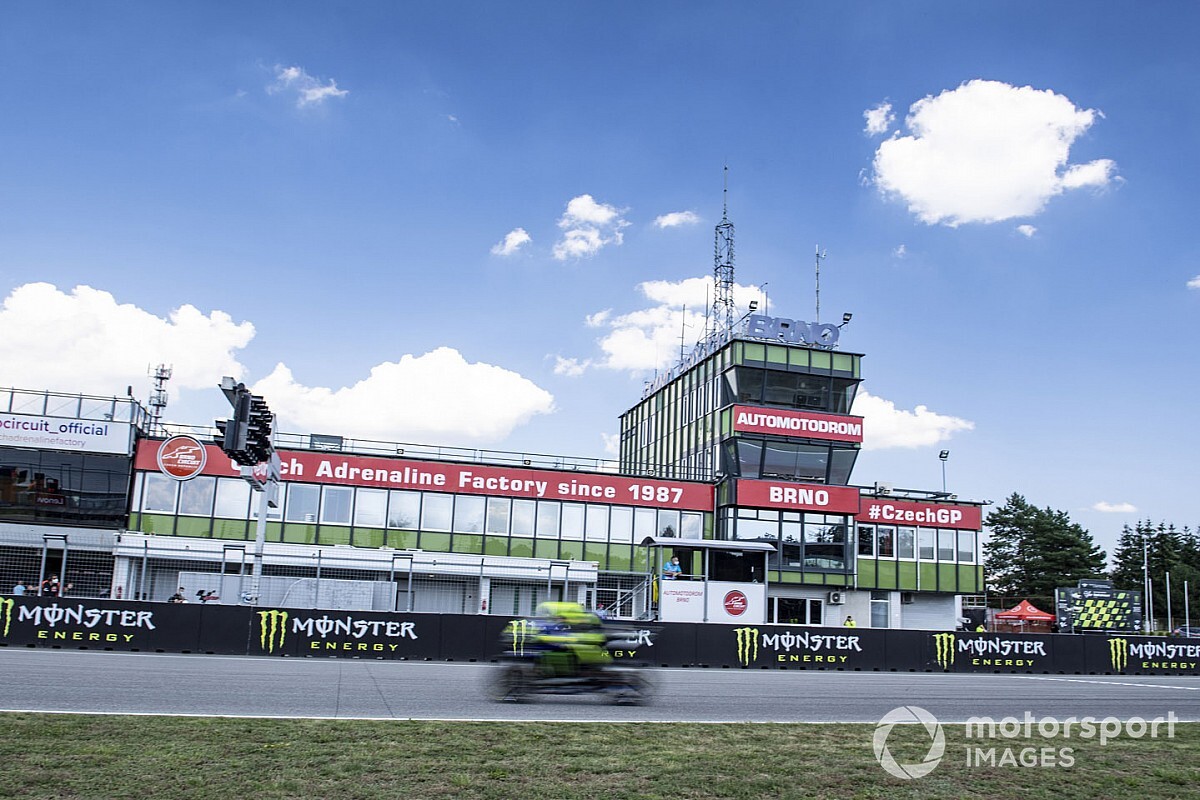 The MotoGP paddock has detected its first positive COVID-19 case in a member of Dorna Sports' TV crew, but the Czech Grand Prix weekend is not expected to be affected.

MotoGP has deployed strict protocols amidst the coronavirus pandemic in order to get its delayed 2020 season under way last month with a Jerez double-header.

Amongst the virus prevention measures in MotoGP is a reduced paddock size permitted at each event and races held without fans in attendance. Those entering the paddock must produce a negative COVID-19 test upon arrival to each race, with regular temperature checks carried out.

The paddock deploys its own track and trace app, with social bubbles in operation to avoid any interaction to cut down on possible virus spread. Motorsport.com learned earlier on Saturday that a member of MotoGP promoter Dorna Sports' TV team had a presumptive positive test for the virus.

Dorna has now confirmed this in a statement: "After more than 5,500 tests performed on all paddock personnel before their attendance to the Spanish, Andalusia and Czech GPs, one person in the FIM MotoGP World Championship paddock has tested positive for COVID-19.

"The result was returned during testing undertaken ahead of the Austrian Grand Prix. The person is a member of Dorna Sports’ team and is asymptomatic. Following the positive result that arrived early on Saturday, the person was immediately informed and isolated in their hotel.

"A further test was then undertaken in order to confirm the result. This second test also proved positive and therefore the staff member and all close contacts will remain in isolation. Local health authorities will now decide on the duration of self-isolation they are required to undertake.

"As a precautionary measure, the Championship has taken the decision to test any persons in secondary contact with the individual and each of them has returned a negative result. The unnamed individual has been placed into quarantine, as have all those who have had direct contact as a precaution."

This comes just a week after Racing Point Formula 1 driver Sergio Perez tested positive for the virus, which forced him out of last weekend's Silverstone race and this week's 70th Anniversary Grand Prix at the same venue.

On Thursday ahead of the Czech GP, leading MotoGP riders admitted the Perez situation left them "worried".

The COVID-19 crisis has forced MotoGP to alter it calendar, with its original 20-race schedule scrapped in favour of a 14-round calendar of exclusively European rounds. Last week Dorna announced it had axed the flyaway events in Argentina, Thailand and Malaysia that hadn't been cancelled for 2020 beforehand, but would add a 14th race.

Motorsport.com understands the new final round of 2020 will take place in Portugal with the inaugural MotoGP race at the Algarve circuit and the first race in the country since 2012. This is set to be formally announced on Monday.