Star Moto3 rookie Pedro Acosta will make his MotoGP debut in 2024 after agreeing a new three-year KTM deal that will begin with two seasons in Moto2 starting in 2022.

Acosta has stunned the grand prix paddock in 2021 after making a winning start to his career in just his second race, where he came from pit lane to win the Doha Grand Prix.

The 17-year-old has won five races so far in 2021 for the Ajo KTM team and is currently in a commanding lead of the Moto3 championship standings by 41 points.

Acosta has been linked to a step up to Moto2 for his second season in grand prix racing next year for some time, with that move looking more likely when KTM announced the signing of both Remy Gardner and Raul Fernandez to Tech3 in MotoGP for 2022.

Motorsport.com understands Acosta has now signed directly with KTM for the next three years and will join Ajo’s squad in 2022 in Moto2 before stepping up to MotoGP by 2024.

An official announcement from KTM is expected in the coming days.

Sources familiar with Acosta’s contract says there is no clause in it which will allow the rider to step up to MotoGP earlier than 2024, thus taking pressure off his shoulders as he adapts to Moto2. 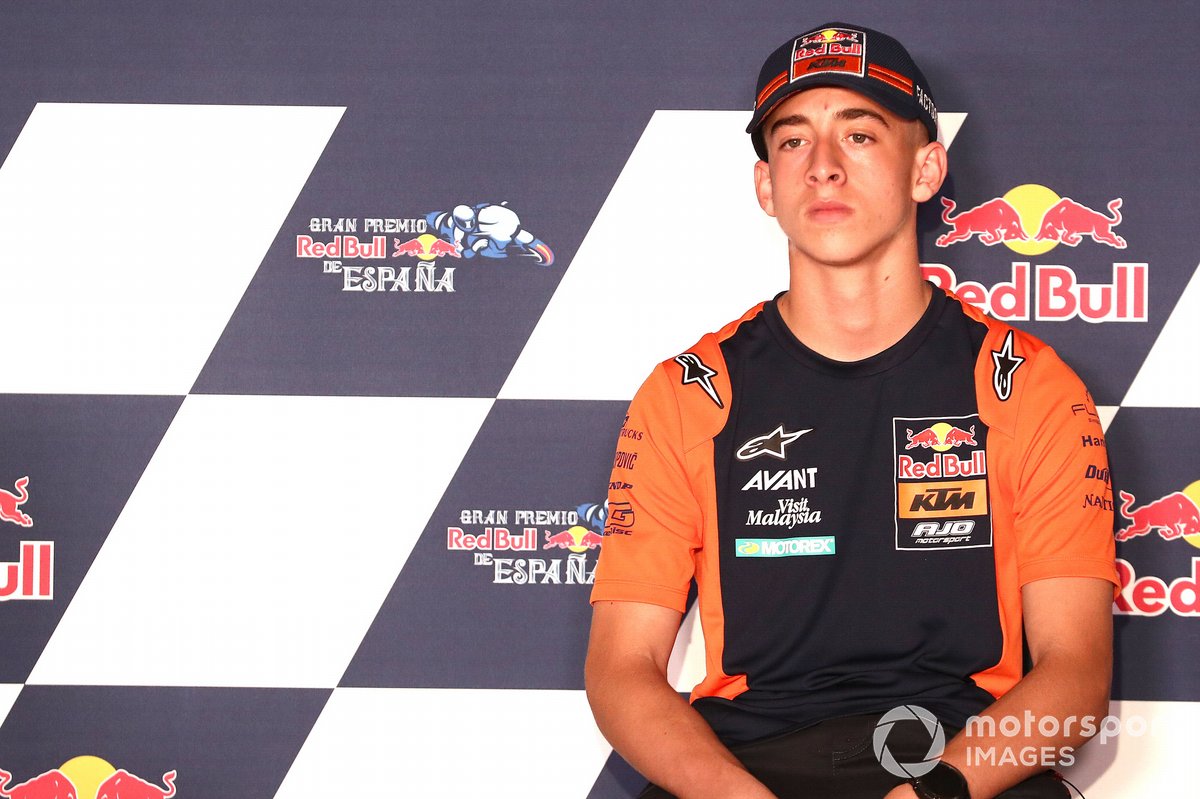 Signing a Moto3 rider to a MotoGP contract several years down the line is not without precedent, with Yamaha famously signing Jorge Lorenzo two years before his MotoGP debut in 2008.

Brad Binder and Miguel Oliveira will continue to helm KTM’s factory MotoGP squad in 2022, with the former agreeing a new deal earlier this year which takes him to the end of 2024.

At Tech3, current Ajo team-mates and championship leaders Gardner and Fernandez will race complete KTM’s 2022 line-up – with the latter’s contract running to the end of 2023.

However, it’s understood Fernandez is unhappy with the deal and was previously trying to secure a move to Petronas SRT.

In Moto2, it’s expected Acosta will be joined by current Marc VDS rider Augusto Fernandez (who has no relation to the outgoing Raul Fernandez).

What a MotoGP legend learned from Manchester City boss