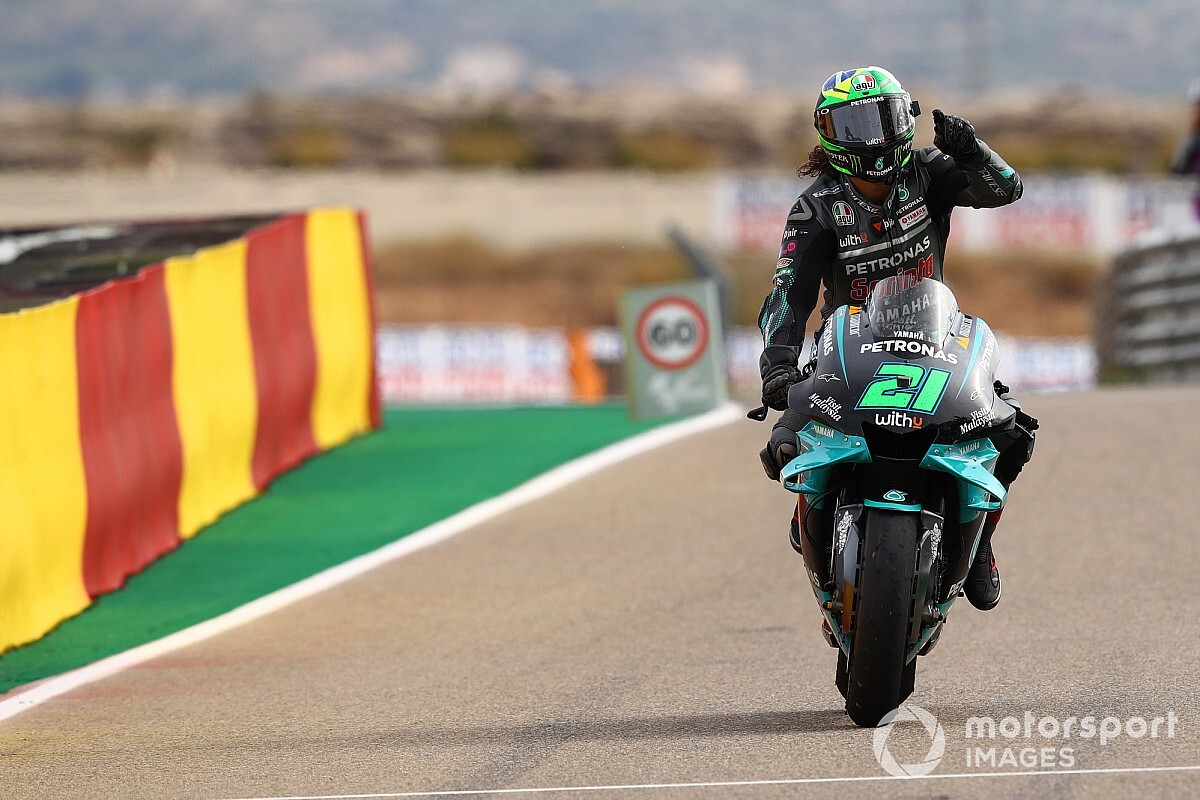 Franco Morbidelli says his MotoGP Teruel Grand Prix win felt like “it was a trip” as he achieved a “really high level” of concentration he never had before.

The Petronas SRT rider stormed to his second win of the 2020 season in Sunday’s second Aragon race, after leading every lap and beating Suzuki’s Alex Rins by over two seconds.

Morbidelli now moves closer to the championship lead, with his deficit just 25 points coming into the final three rounds.

The Italian says this was “perhaps the best race of my life” and the race “slipped away like a glass of water” – though, he admits he used to make fun of Moto3 rider Celestino Vietti for experiencing something similar in his races.

“My analysis is that perhaps it was the best race of my life,” Morbidelli told Sky Italia.

“I knew I had to be aggressive and I started strong. There was a bit of a stumbling block with [Takaaki] Nakagami, but then he crashed and I got the green light in front of me.

“From that moment on I told myself that I would have to give everything until the end.

“Last year I saw a video of Vietti’s technical chief, who said Celestino enters a bit of a magical area at some point in the race.

“I didn’t believe it and I also made fun of Celestino, but today I understood this because it all came in a really natural way.

“Then I had a really high level of concentration. The race slipped away like a glass of water; it was a trip, as if it lasted only two laps and not 23.”

Morbidelli says his current fourth position in the championship and being in the hunt is something he was “dreaming about when I was a little kid”.

“So, it’s a good situation for me. So, when you’re in the game you want more, and I will always push for more.

“In the beginning of the year I wasn’t thinking about anything, I don’t like to make any predictions.

“I just like to go down on track and give everything and see where I am after I gave everything.”

Marquez: Better to crash fighting for podium than just points