Morbidelli: No clear cause of Qatar MotoGP woes found

Petronas SRT’s Franco Morbidelli admits no clear cause for the problems which meant he finished the MotoGP Qatar Grand Prix 18th have been found ahead of this weekend’s Doha GP.

The Italian was tagged as one of the favourites to fight for victory in last Sunday's season-opener, but plummeted from seventh on the grid to 18th come the chequered flag.

Sources close to the team confirmed to Autosport that Morbidelli's issue stemmed from a faulty holeshot device.

Morbidelli confirmed on Thursday ahead of the second Qatar race that he did have an issue with his start device on the grid, but it "was working ok" during the grand prix – though he still struggled.

Admitting no clear cause has been found for his issues, he says everything "that we have doubts on" will be changed ahead of practice on Friday.

"We have been trying to analyse what happened last weekend," he said.

"We could not pinpoint a clear item or a clear thing that made us so slow in the race.

"We could see there was problem with the start device on the grid, but apparently it was solved and then in the race the device was working ok but still my feeling was and my performance even worse.

"We are going to change every item and everything that we have doubts on so we can face this weekend with a blank board and hopefully the problems that I had – not just during the race – during the weekend will go away." 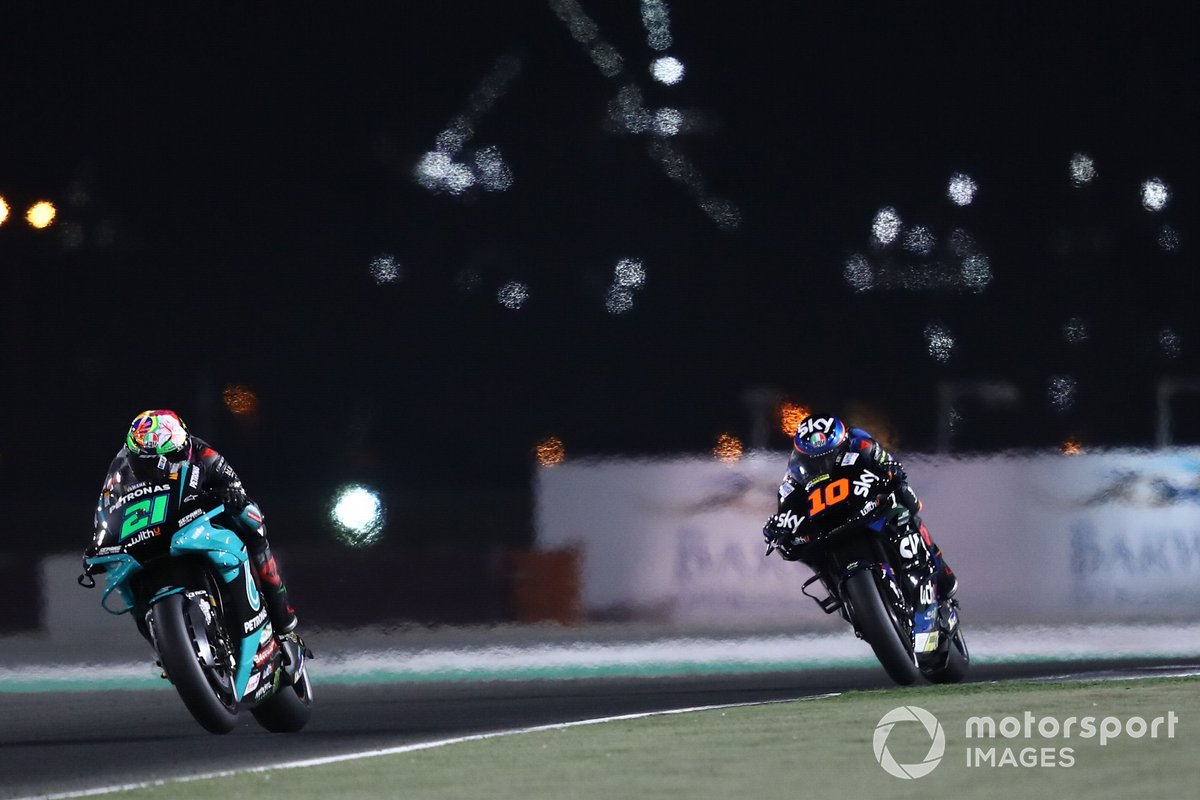 Immediately after last Sunday's race, Morbidelli questioned the speed with which Yamaha would help him solve his issue, telling motogp.com: "I know I'm not on Yamaha's top list at the moment, so I don't know with what rush they will take this problem but I hope they will take it with a lot of seriousness."

When asked by Motorsport.com on Thursday to clarify these comments, Morbidelli said they came in the heat of the moment and praised Yamaha's response to his problem.

"Maybe after the race I explained myself a bit too roughly, because of the adrenaline multiplied by such a bad result and such a bad feeling," he said.

"What I meant is for sure I'm not at the top of their list. They have other factory riders to care about, so that's for sure.

"They have me the right support and the support they can give me in the right way.

"So, everything is fine. But what I said on Sunday was only natural; I said I might be not the first Yamaha, but that's ok and that's the truth and that's ok because I'm not.

"After the race I was just wondering and my wonders [were] succeeded with good answers, so I'm happy about that."