Morbidelli could be "another Zarco" with Yamaha move 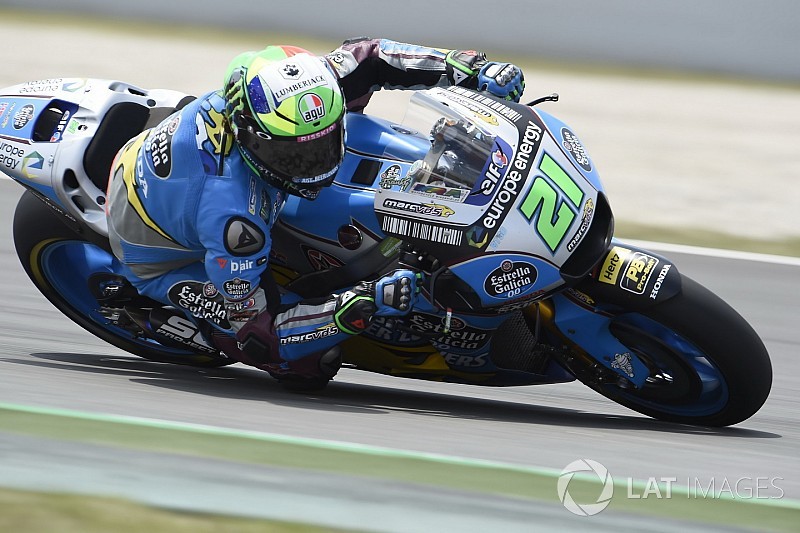 Morbidelli, a Valentino Rossi protege who graduated to MotoGP with Miller's former Marc VDS Honda team after winning the Moto2 title, has been tipped heavily for a link-up with the anticipated Petronas-backed Yamaha satellite project.

Fellow Moto2 champion Zarco has been a revelation in MotoGP on his 2016-spec Tech 3 Yamaha – and while Morbidelli has not scaled the same heights as the Frenchman in his debut season thus far, he has impressed nonetheless, scoring all 19 of his Marc VDS team's points.

"It looks there's a few rookies coming in [for 2019] and there is already a couple rookies in here that are going well already, like Franky," said Miller in Barcelona.

"I'm quite interested to see where he will go because I know the bike he is riding quite well and he is doing a really good job on it at the moment.

"So I think, for example, if he was to step on a Yamaha, we could be in trouble, he could be another Zarco kicking around."

The 2019 MotoGP grid will have at least two rookies in Suzuki recruit Joan Mir and Moto2 points leader Francesco Bagnaia, who will partner Miller at Pramac.

Miller said having many new faces on the premier-class grid was a positive thing for MotoGP, and contributed to making the on-track action more frantic.

"As we've seen, the younger guys coming through always brought new blood into the championship and made the racing really exciting.

"You get passed by [Jorge] Lorenzo or Dani [Pedrosa] that have been here for a while, it is a lot less aggressive than if you get passed somebody who is fresh out of Moto2.

"I was speaking with Cal [Crutchlow] about Franco, and Cal had a start with them in Le Mans when he was a little bit further back in the grid and he said these first couple of laps were out of control.