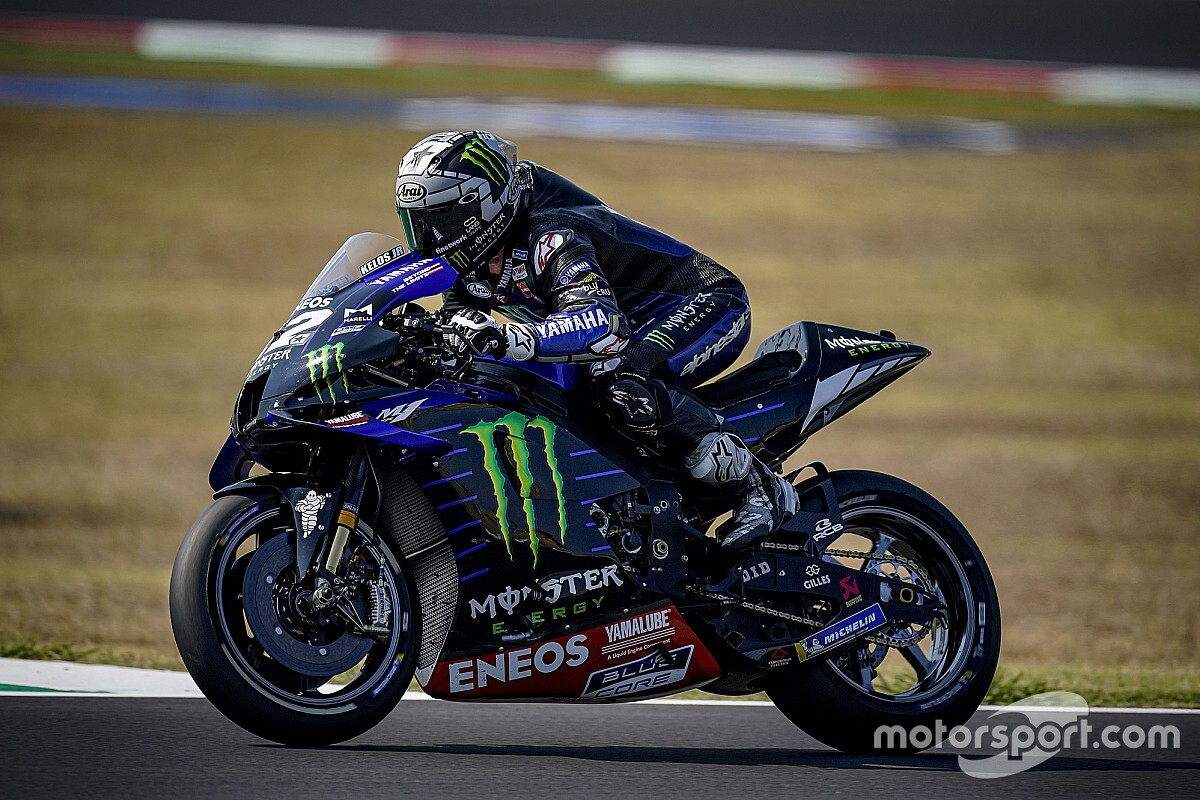 The paddock returned to the Misano circuit just two days after the San Marino GP for the only in-season test of 2020 as a result of COVID-19-related restrictions.

Split across two sessions, it was the KTM of Pol Espargaro – who had a new chassis amongst other things to test - who topped the morning outing with a 1m32.054s.

This time stood as the benchmark for much of the rest of the day, before Vinales on the factory Yamaha deposed him on the combined times 15 minutes into the final hour of the second session.

Vinales fired in a 1m31.532s not too long after he crashed going through the left-hander at Turn 6.

Yamaha had the most noticeable update, with the works team rolling out a large new exhaust for Vinales and Valentino Rossi to try in a bid to improve rideability and power.

Rossi and Vinales also had a new chassis to try, though neither reportedly found it to be much of an improvement, while also working on a new carbon swingarm.

Vinales held onto top spot as the second session came to a close, with LCR's Takaaki Nakagami trailing him 0.271 seconds adrift.

The Honda rider – who crashed this morning - was given the 2020 bike to try for the first time, while also working on improving his 2019-spec bike over Misano's vicious bumps after struggling to ninth in the race.

Johann Zarco completed the top three on his Avintia Ducati, though had a bizarre incident at the end of pitlane with just over an hour to go – with the Frenchman somehow damaging the front fairing of his GP19.

Pol Espargaro was fourth, with Alex Rins heading Suzuki teammate Joan Mir in fifth, as both worked on a new swingarm – which neither were hugely convinced by.

Francesco Bagnaia only completed 26 laps in the first session before calling it a day as to not stress his broken leg too much.

The Misano podium finisher felt his bike was even better than on Sunday and headed Andrea Dovizioso, who also finished the test early, in seventh.

World championship leader Dovizioso struggled across the San Marino GP, but numerous set-up changes and new parts allowed him to make a step forward for this weekend's Emilia Romgana GP.

Fabio Quartararo (Petronas SRT) and KTM's Brad Binder completed the top 10, with Alex Marquez on the works Honda heading Pramac's Jack Miller – who had numerous technical issues across the day – and Tech3's Miguel Oliveira, who crashed in the first session.

Aprilia had numerous updates to try, including a rear holeshot device it aims to develop into the on-lap version Ducati has been racing this year.

Aleix Espargaro was 13th, with Bradley Smith 14th. Rossi was 1.4s off the pace in a low-key 17th on his Yamaha.

The majority of the field also tried the new radio warning system for the first time, with the initial reaction generally positive – though some issues had to be worked out.