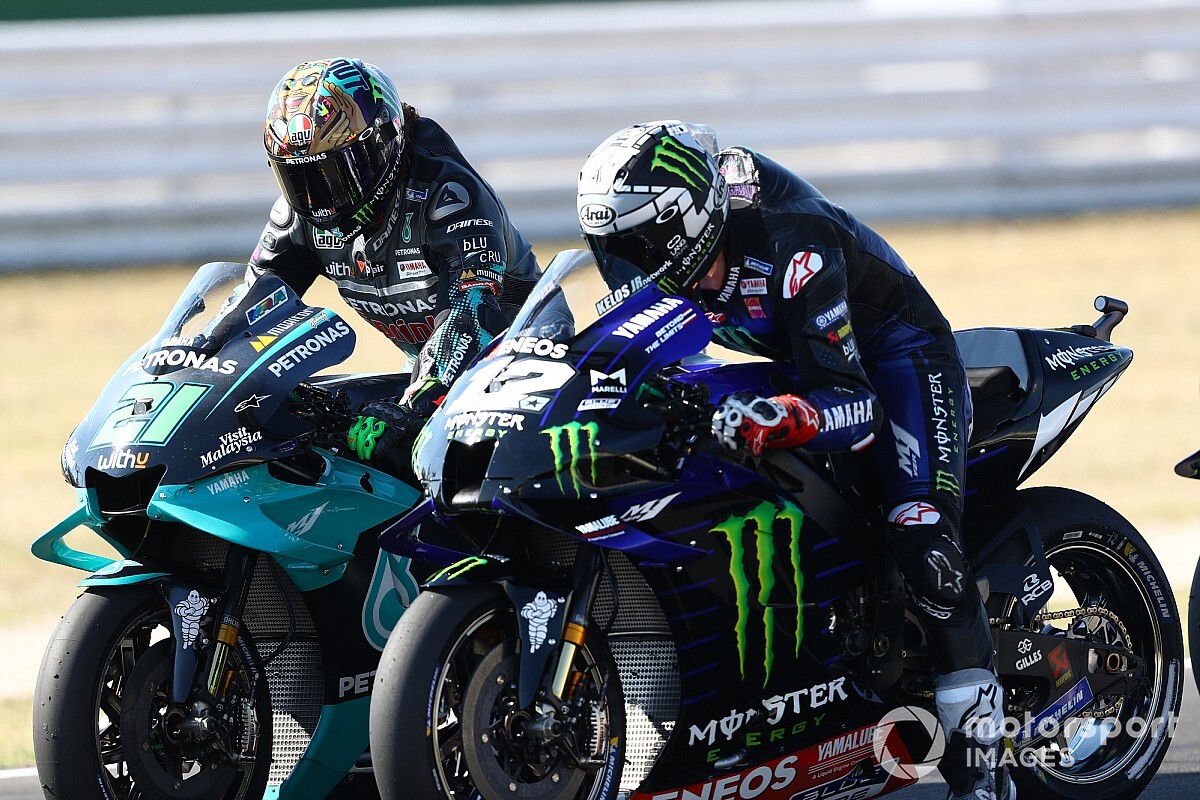 San Marino Grand Prix poleman Maverick Vinales says “I don’t care about the result” of Sunday’s MotoGP race and simply wants to enjoy it after his recent struggles.

After back-to-back podiums in the opening rounds at Jerez in July, Vinales scored just eight points across the Brno/Red Bull Ring triple-header as he struggled on his Yamaha – and is yet to beat championship rival Fabio Quartararo on track in 2020.

His Styrian Grand Prix also ended in a frightening brake failure, which forced him to dismount at 140mph after it was later revealed he ignored Brembo’s advice to run a different braking system.

Strong all weekend at Misano as expected, Vinales smashed the pole lap record in qualifying with a 1m31.411s and backed up his one-lap pace with threatening race pace.

“The only thing I want is to enjoy,” Vinales said of his race prospects. “Honestly after these three bad races, especially the last one that I had quite big issues, I just want to enjoy. I will push from the first corner till the end.

“I don’t care about the result. I just want to enjoy a lot on the bike, to enjoy with my team and try to give them the best performance I can do.”

Quartararo could only manage third on the grid, having encountered a similar lack of front feeling as last year in qualifying.

“Like last year I felt so great in FP3, and qualifying last year it was exactly the same, no feeling from the front,” Quartararo explained. “In this kind of track with fast corners, if you don’t have a good feeling, you can’t really push like a real time attack. But really happy because still I managed the front row, it’s the most important thing.

“Last year we also finished in the same position and the pace is really good. I felt much better than last year on the pace and this is really positive.”

“Here in this track the Yamaha is very competitive, very strong,” said Rossi, who qualified fourth for his home race. “We needed it. We needed to come back at the top, to fight for the top positions because the two weekends in Austria were very difficult to manage.”

Espargaro: Q2 crash a result of having to go through Q1