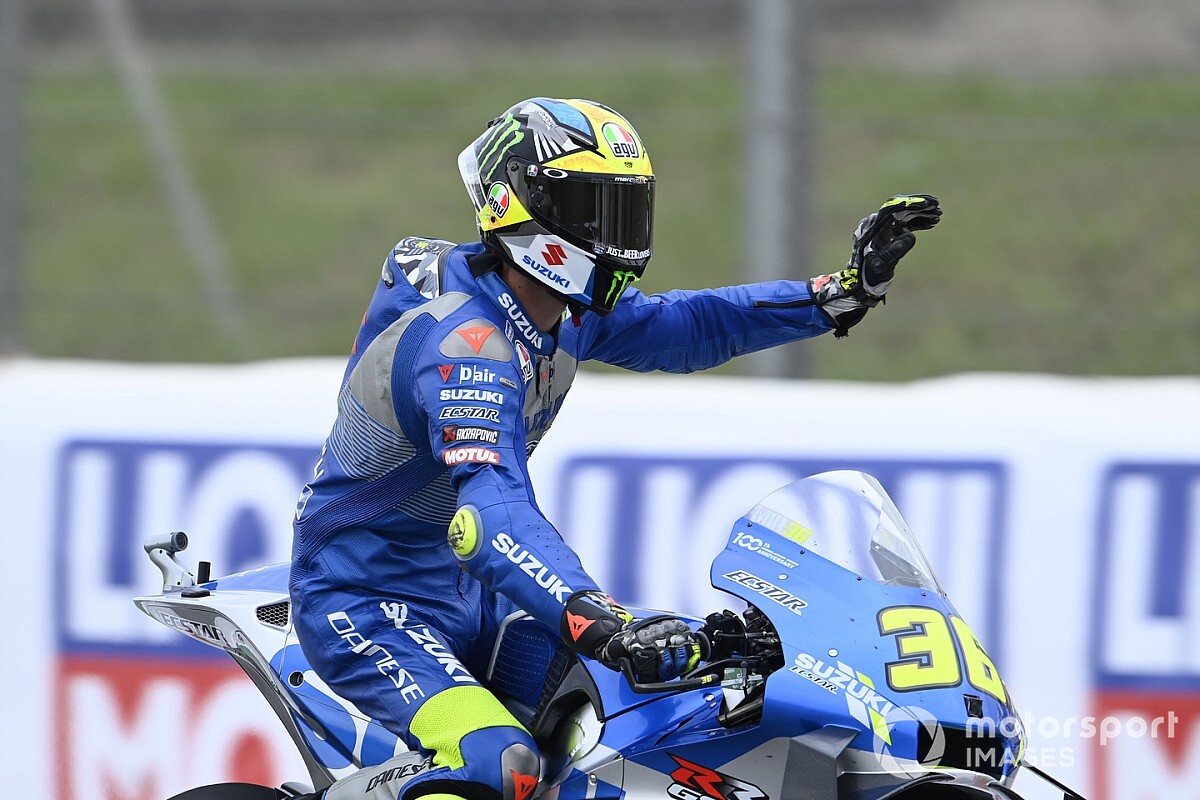 Suzuki's Joan Mir says it's "too early" to consider himself a MotoGP title favourite despite a second in the Catalan Grand Prix moving him to second in the points.

Mir has been the most consistent rider in recent races, with the Suzuki rider scoring four podiums from the last five races.

His latest came after a charge through from eighth on the grid to second on Sunday at Catalunya, and ended up just under a second from winner Fabio Quartararo after the Petronas rider hit severe tyre wear late on.

Now just eight points behind new championship leader Quartararo, Mir believes both can't be considered as the main rider gunning for this title yet.

"It's too early to say now," he said when asked if the title was now between himself and Quartararo.

"Of course, we are more or less the constant riders on the grid and for sure on the classification we are really close.

Quartararo echoed these thoughts, adding: "Well, we have seen the championship, the first eight races was up and down for everybody, and we arrived at one moment where I think the top nine was within 25 points.

"So, we never know. I don't know really what to answer, but it's way too early to say it's between us two.

"There are many races and a small mistake can cost a lot.

"Let's continue to do the same job, working hard to be there and trying to give our maximum in every race."

Mir found himself behind Pramac Ducati's Jack Miller for the first 15 laps of Sunday's race before passing the ailing Franco Morbidelli for second on lap 23.

But the Suzuki rider concedes being unable to pass the Ducati "probably cost the race".

"Jack is always difficult to overtake and more in first laps of the race," he said.

"For sure I lost a couple of seconds with him and that probably cost the race, but then I couldn't do anything.

"He just played his cards, he just went super fast at the beginning of the race and then he was struggling a lot with the tyres.

"I was more really smooth at the beginning, saving a lot of tyre.

"I only had in my mind this and then when I see that everyone was dropping [rear grip], I had something a little bit more than them and also because I wasn't as fast as them at the beginning."