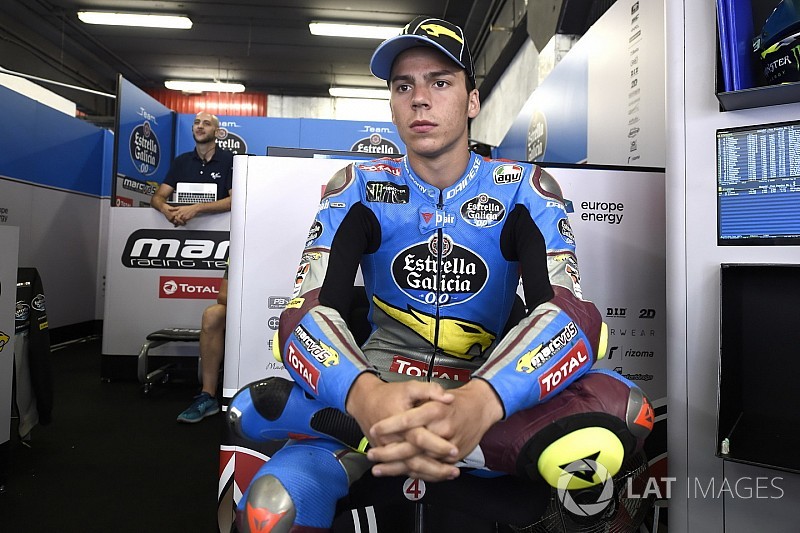 MotoGP 2019 debutant Joan Mir says he signed with Suzuki over Honda because the former demonstrated it wanted him more.

A dominant run to last year's Moto3 title made Mir a hot property on the MotoGP rider market for 2019, and led to Honda agreeing a pre-contract with the 20-year-old.

But the option was allowed to lapse, as it is understood that activating it would've entailed Honda matching any works team offer received by Mir – which it was reportedly not willing to do.

Asked why he picked Suzuki over Honda ahead of the Barcelona round, Mir confirmed that the Hamamatsu marque had made a more substantial offer.

“Suzuki presents me a really good project, and was the one who bid harder," he said. “And this was the reason also I really wanted to go there. I felt that the bet of Suzuki was stronger.”

The announcement of Mir's Suzuki contract came six races into his rookie season in Moto2.

He added: “If you say to me three years ago that I would be racing in MotoGP, I would say you are crazy, no?

“Really happy about the progression that we are having until now, we are growing really fast, we are adapting really quickly in different bikes in Moto3, and Moto2.

“I'm just hoping to continue in this line and to improve a little bit more here in Moto2 now, that is my priority.”

Mir said that the career progression of Maverick Vinales was a “model” for him, the current Yamaha rider having spent a single year in Moto2 before joining the MotoGP grid with Suzuki back in 2015.

He added that the two-year cycles of MotoGP works contracts played a big part in his own decision to limit his time in the intermediate class.

“I think Moto2 is of course a category with a lot of level, and of course [where] you have to learn a lot," he said. "But there are a lot of things out of this that - the contracts of MotoGP that go by two years, you have to adapt a bit to this.

“I also said that in the start of the year, if I felt strong with the Moto2 in the first races, I wanted to go to MotoGP as soon as possible. And this is my opinion, and I think this is the correct way.”

Reigning champion Marc Marquez, who like Mir dominated the lightweight class back in the day but stayed in Moto2 for two seasons, said a class title is the ultimate proof a rider is ready to move up.

“Looks like now it is more and more often that the riders are just one year in Moto2 and then go to MotoGP, or go as quick as possible to MotoGP,” he said.

“[This] was my way because I feel like you are ready when you are champion and then is the best way to arrive in the next category.

“But this doesn't mean that you arrive more prepared or less. Joan, for example, of course he will need time but if you have the talent, sooner or later you will arrive.”