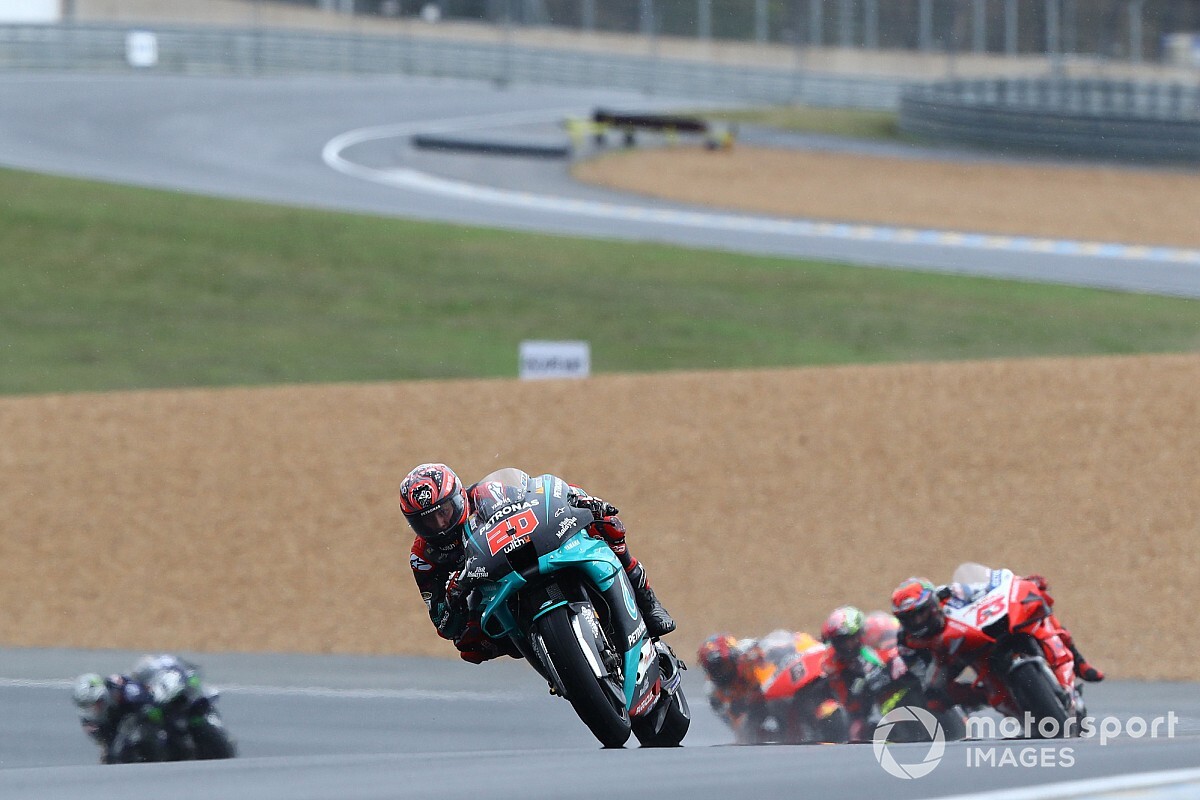 Quartararo and Mir competed in their first wet MotoGP races last weekend at Le Mans, and both struggled to generate temperature in their tyres.

Mir ended up losing out in a last-lap battle with Quartararo over ninth, while Yamaha’s Maverick Vinales muscled in between the pair of them to push the Suzuki down to 11th.

As a result, Quartararo’s lead over Mir extended from eight to 10 points in the standings – though Mir believes the Petronas Yamaha rider lost out more than he did.

“I think the rider to beat this weekend is Quartararo,” Mir said on Thursday ahead of the Aragon Grand Prix.

“He is the one who is the leader in the world championship and the one who may lose it. He is surely the one who lost the most at Le Mans.

“He had a good pace and could not do better and did not score [more] points compared to his rivals.”

When asked by Motorsport.com if he agreed with these comments, Quartararo admits he had better potential in dry conditions but was still happy with his first wet outing in MotoGP.

“Well for sure in the dry conditions we were there to fight for victory because our pace was great,” Quartararo said.

“I think that we, let’s say not lose, but I think the potential to finish on the podium was much higher [in the dry] than finishing on the podium in the wet by far.

“In rain I never felt that great on the bike, and at the end for me it was a tough race because the potential was better on the dry. But I’m still happy about my result in the rain.

“It was a good fight in the last lap, but for sure we had more potential on the dry to win much [more] points than we did.”