The Suzuki rider came from seventh on the grid at Aragon to score his first podium since the Styrian GP, but ended up close to four seconds off the victory.

This left Mir unsatisfied with the result as he felt he had pace enough to challenge Francesco Bagnaia and Marc Marquez for victory, but says he was limited by the lack of acceleration he is currently battling on a Suzuki which hasn’t developed much across 2021.

“I’m not really satisfied about the third position,” Mir said.

“I think during the weekend we showed a good pace to fight for the victory.

“I think the worst part of this race was the beginning. I tried to overtake as many riders as I could, but in some moments I was behind Jack [Miller] and behind Aleix [Espargaro], and it was difficult to overtake them.

“Then I managed to overtake and they were really far on that moment.

“Then my pace was really similar to them, but they were too far.

“I’m happy about performance, but today we couldn’t fight for the victory. That’s why I’m not so happy, but always a podium is a podium.

“With our acceleration, to start seventh is not the best thing. 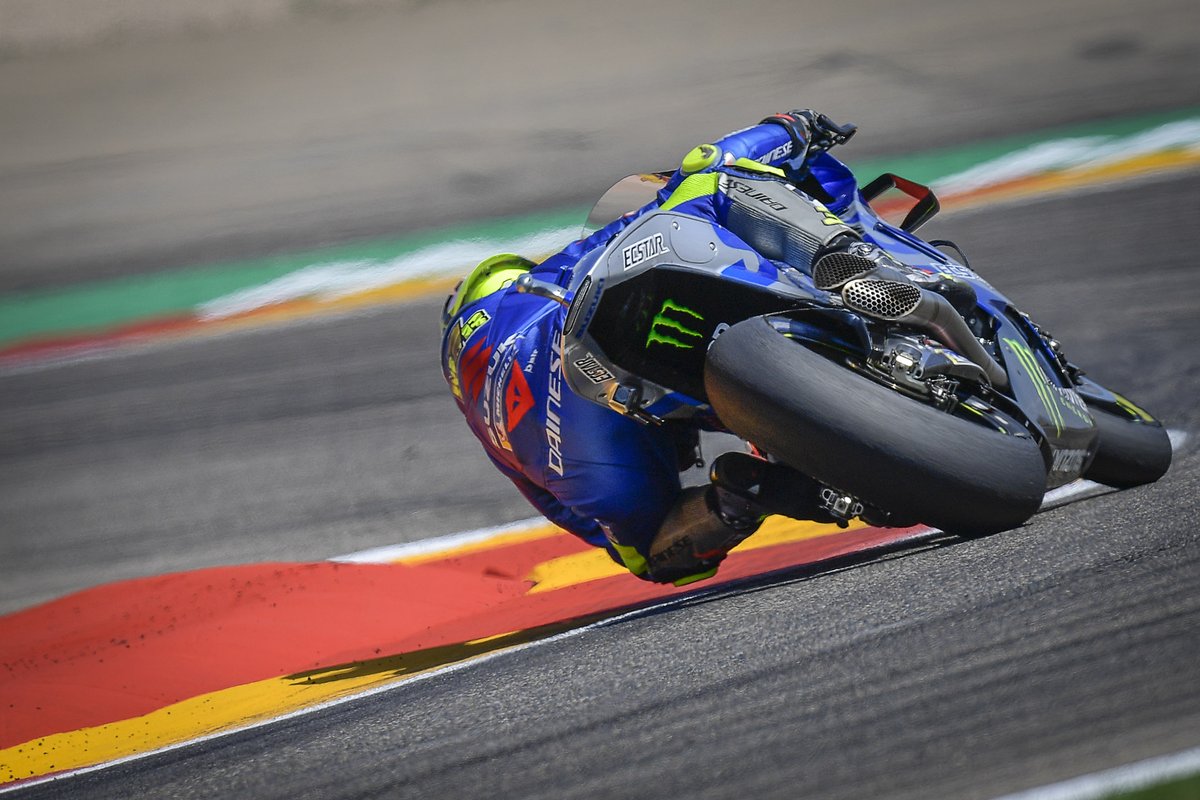 “It's difficult to overtake the riders, I have to wait for a mistake from the rider I have in front because if not it’s really difficult for me to overtake.

“I was struggling a bit to stop the bike today and I was losing a lot on the long straight for acceleration. So, it’s something we must work on and fix this problem for Misano.”

Teammate Alex Rins was able to work his way up to 12th having qualified 20th at Aragon, but says further progress was halted by a “strange” issue with his hard front tyre.

“In the first part I was able to overtake a lot of riders at the start.

“Then, before going into the long straight in the first laps I was trying to overtake some riders, but taking care about the rear tyre because was super-easy to destroy the tyre.

“When I overtook Pol Espargaro, I had [Takaaki] Nakagami at 0.4s, 0.7s [ahead] but then something strange happened.

“But then I rode [as calm] as I could, and then the last laps behind [Iker] Lecuona, it was so, so difficult to overtake him – he was braking super-late.”

The #01 Chip Ganassi Racing Cadillac V-LMDh leads the Acuras of Meyer Shank Racing and Wayne Taylor Racing after three hours of action in the 61st running of the Rolex 24 Hours at Daytona.