Ducati’s Jack Miller says his tussle for third with Alex Marquez in the MotoGP Algarve Grand Prix “felt like 2014 all over again”, when both fought for the Moto3 title.

Miller was overtaken by the charging LCR Honda of Marquez on lap 12 of 23 in Sunday’s red-flagged Algarve race, but finally found a way through again on lap 21 when Marquez ran wide.

The Ducati rider suffered several moments in the latter stages when he reclaimed third from Marquez, with the Spaniard right on his rear wheel come the penultimate lap.

However, the red flag for a collision between Tech3’s Iker Lecuona and KTM’s Miguel Oliveira on lap 24 denied Marquez the chance to snatch third away from his old Moto3 foe.

“I sort of tried to manage the tyre in the middle part of the race, was hoping I might have a little bit more for the end,” Miller said.

“And as soon as I started pushing with about eight to go, when I did start pushing I got past Alex and had a massive moment off-gas into Turn 7.

“I was sort of preparing again for a fight towards the end, but then the red flag came out.

“It’s sort of a weird feeling when that happens because you’re building yourself up for this all-out war, especially between Alex and I, we’ve got a bit of history, I felt like 2014 all over again. 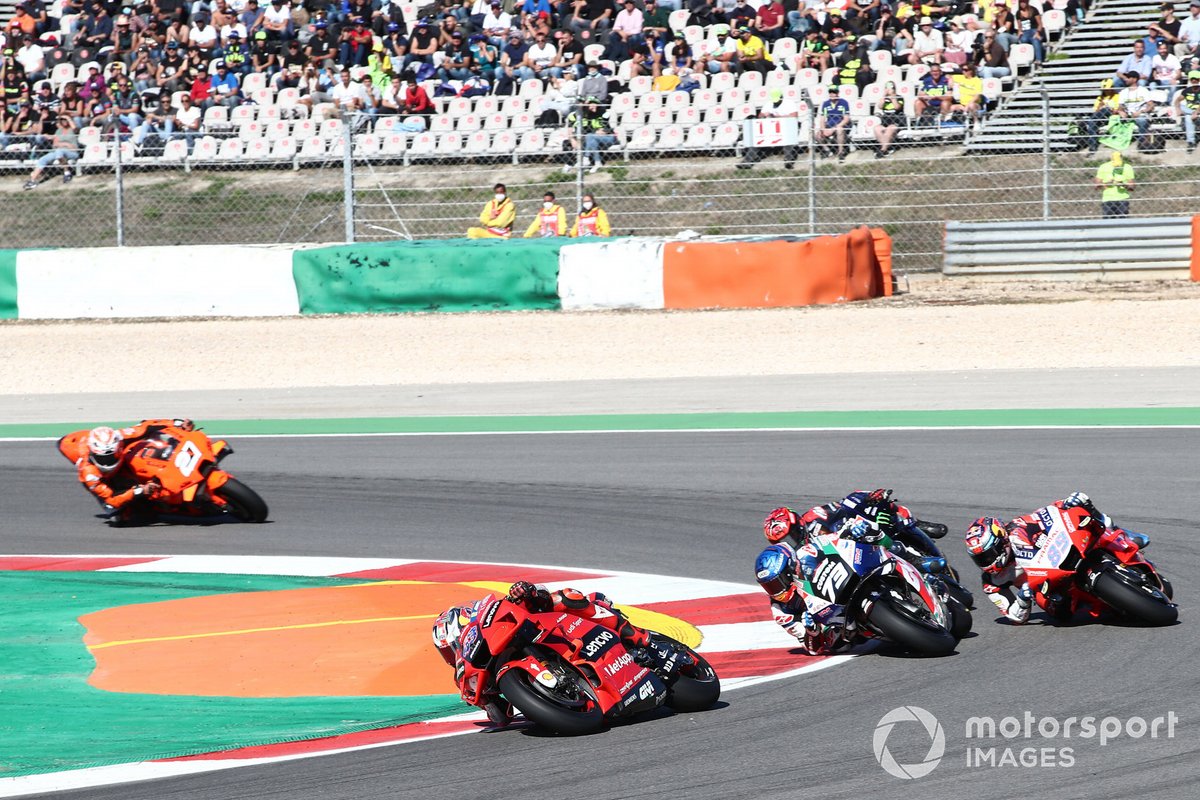 “I thought I was going to get into a scrap there at the end, but it wasn’t to be.”

The younger Marquez brother beat Miller to the 2014 Moto3 title by just two points, before the latter stepped straight up to MotoGP in 2015.

Miller admits it was “a weird feeling” returning to parc ferme for his first podium since Barcelona at round seven due to the race being halted early, but was “super happy for the team to win the constructors’ championship” following teammate Francesco Bagnaia’s dominant victory.

“Pecco had an amazing pace,” Miller added, having dropped off the leading duo of Bagnaia and Joan Mir early on.

“From the get-go, I got the start and he undercut me at Turn 1, and I was like ‘ok, he clearly wants to push’. And he pushed.

“And then I made a small mistake at Turn 5, but Joan and I were sort of doing that throughout the race while he just stayed like a rock out front.”