MotoGP has enjoyed a boom of fast young talents coming up to the premier class in recent years, with the likes of 2021 world champion Fabio Quartararo and 2020 champion Joan Mir, and multiple race winners in Francesco Bagnaia, Brad Binder, Jorge Martin and Miguel Oliveira to name but a few.

In 2021, Pramac’s Martin won the Styrian Grand Prix, scored three other podiums and was on pole four times, while Avintia’s Enea Bastianini claimed two podiums in his first year on a 2019-spec Ducati.

When asked specifically about Jorge Martin’s season, Miller heaped praise on the young Spaniard – while also noting how strong in general MotoGP’s young talent is now.

“I think this bike [the Ducati] ain’t easy, by any stretch of the imagination,” Miller began.

“[Pecco] as a rookie, came in, topped the test in Malaysia. He says ‘I took time’, but that’s bullshit because he didn’t.

“And they just keep getting faster and faster.

“Jorge did a fantastic job, missed a few races this year but has shown he's come in with the professionalism that maybe I was missing when I came in for sure.

“He’s really stepped up to the plate in that department and has done a fantastic job with his race craft.

‘It’s a lot of things that took me a very long time to learn and he’s a very complete rider.

“It makes me nervous, and Bastianini as well. When you get passed by a year-old bike, I know how [Andrea] Dovizioso and [Danilo] Petrucci must have felt when I did it to them and it ain’t a nice feeling that’s for certain. 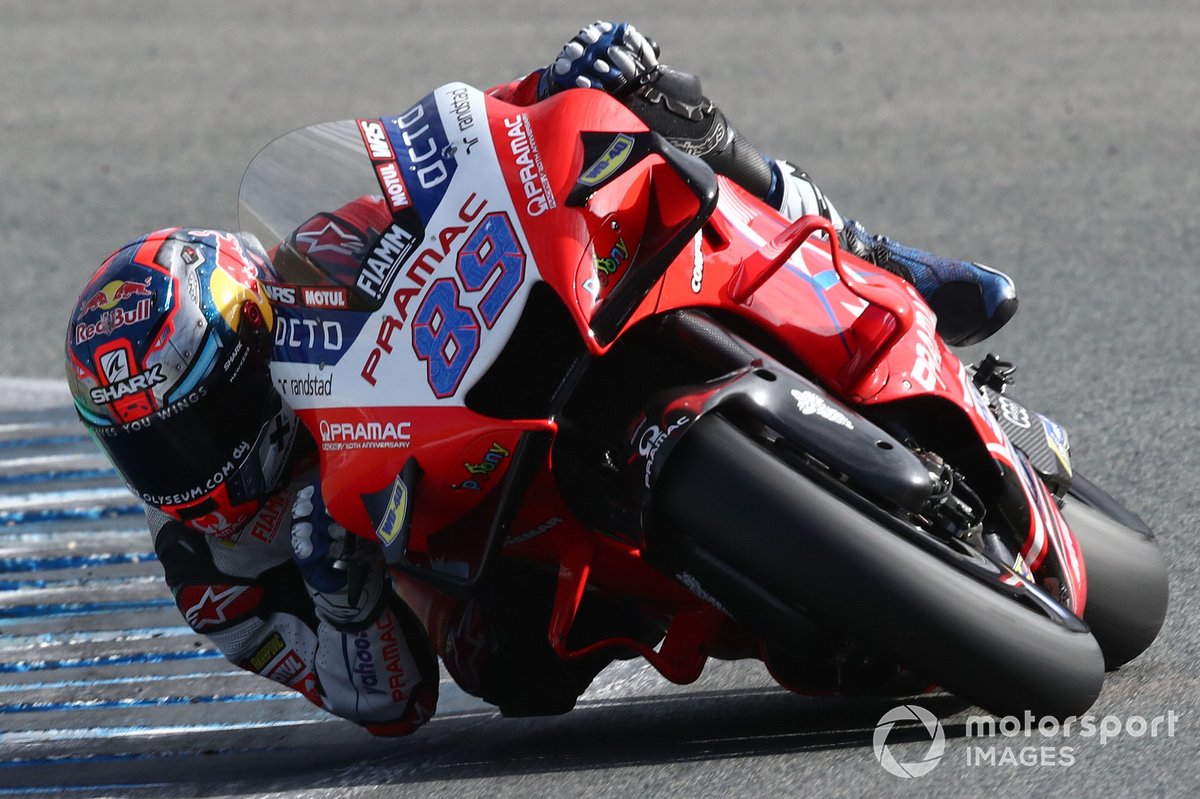 “I think he has done a good job this year – more than good,” the 2021 championship runner-up added.

“Because starting as a rookie and already at the second race [scoring] a pole and a podium, winning in his first year in Austria, losing a lot of races with his incident in Portimao, I think he has done a really great season.

“So, I think he must be happy for what he did.

“For sure our bike is not the easiest one for a rookie, but from the start he was learning very quickly the things I didn’t [in my rookie year].

“This was the first year I felt so great with this bike.

“Ok, also now our bike is more competitive, but it was also competitive last year and sometimes I was fast, but most of the time I was behind.

“So, he was very competitive, but I think also Bastianini did an enormous job as a rookie.”