Jack Miller says he "closed a few mouths" with his performances during his three-year stint with the Pramac Ducati squad following a farewell podium in the MotoGP Portuguese Grand Prix. 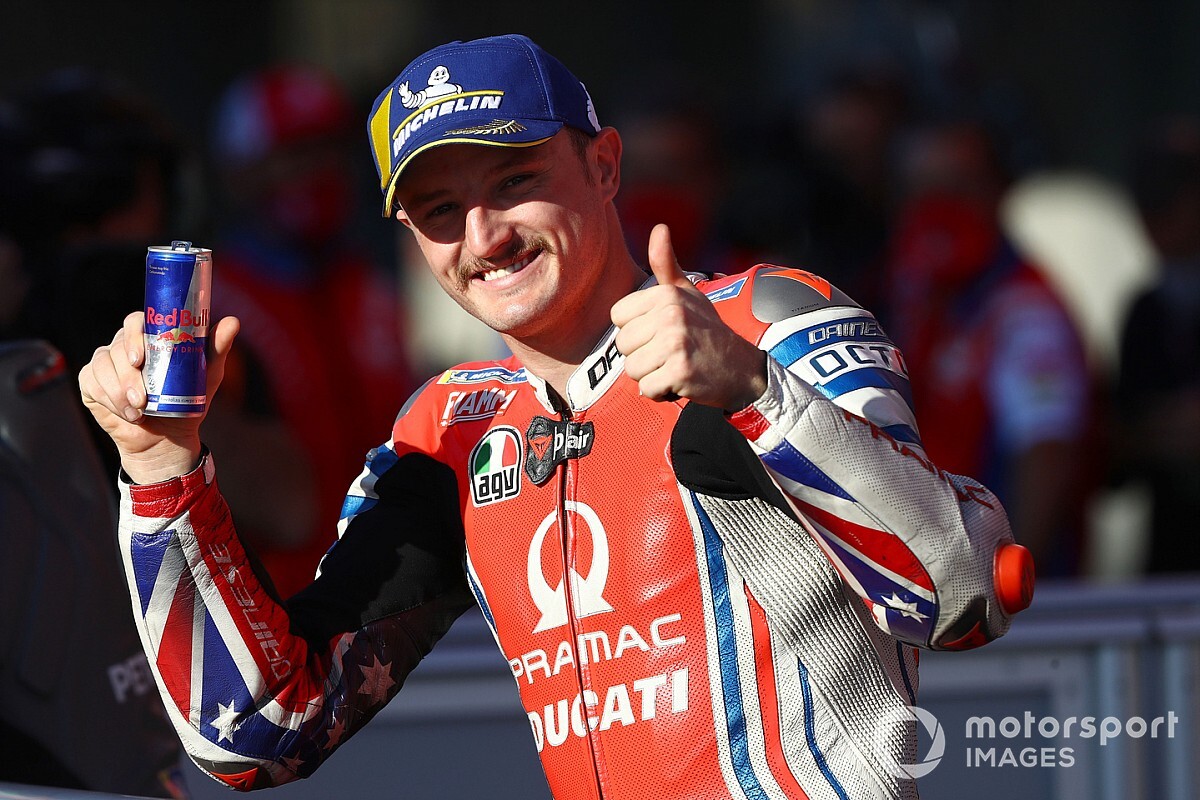 Miller joined the Pramac squad from Marc VDS back in 2018, scoring five podiums in 2019 and four this season to finish seventh in the standings ahead of three-time race winner Fabio Quartararo.

The Australian added a final rostrum to his Pramac haul ahead of his factory Ducati switch next year in Sunday's Algarve race, pipping Franco Morbidelli with a last-lap overtake at Turn 13 for second.

Reflecting on his time with Pramac, Miller said: "As I've said it over and over again, but I can't thank [Pramac owner] Paolo Campinoti and [team boss],Francesco Guidotti [enough], all the guys over there at Pramac for what they've done for me these last few years.

"First of all, I've never in my whole career ever been in a team for more than [three years]. Marc VDS was the longest and that was two years, and apart from that everyone else has been one year.

"To be with these guys for three years feels like a long time.

"But the lessons they've taught me both on and off track, in life and on track as well with racing and what not, they are life lessons I will never forget.

"I'm forever grateful to those guys for this and for what they've done for me because when I arrived there, I was a bit of question mark, let's say, and I feel I like we proved a few people wrong and closed a few mouths along the way and hopefully we can keep that ball rolling."

Having finished just seven points shy of third place, Miller admits he's "ticked off" at the missed opportunities which cost him a higher place in the rankings.

However, his Portugal podium was enough to secure Ducati the constructors' championship for the first time since 2007, something which was a "massive honour" for Miller despite stating on Saturday it wouldn't dictate how he approached his own race.

Reflecting on his season, he said it was a case of "what could have been this season".

"I finish seven points off third with four DNFs, one I crashed. So, you know for sure a little ticked off about that but as I think everybody is this year.

"When you made a mistake as everyone has this year, you look at the points.

"To be able to get the constructors championship for Ducati is massive honour and pleasure for me. I'll take that.

"In a year like this we will take what we can get. No victory just yet, but we are getting there."