Miller was "paranoid" about crashing at Misano

Jack Miller admits he became "paranoid" about crashing in the San Marino Grand Prix as he battled a lack of front grip, and was relieved to make it through the Misano weekend without injury.

On a tough weekend for all the Ducati runners, Pramac rider Miller recovered to ninth place from a lowly 16th on the grid, finishing ahead of the factory bike of Danilo Petrucci.

The Australian confessed that in the latter stages of the race he had switched focus just to simply making the finish, as he struggled in particular in Misano's slower corners.

"The rear I had no dramas the whole way through, but the front was moving around a bit too much, especially in the last quarter of the race," Miller recalled.

"Turn 14 was a nightmare, Turn 10, all those slow ones. Just paranoid every time you go in there, you’re hoping you come out the other side.

"I had a big moment probably with five [laps] to go when [Joan] Mir came past. I was already having some moments before that but when he came past I started struggling a little bit more. I tried to go with them and I nearly ended up on my head.

"Then I saw there were seven seconds or something back to the next guy, so I just cruised round after that, brought it home. The way the weekend was going, to bring home some points, we’ll take it.

"Definitely looking forward to putting this weekend behind us and getting to a decent track. [Aragon] should suit our bike, our style.

Miller went on to highlight the number of riders in various classes that ended up getting injured over the course of the Misano weekend, adding that he was grateful just to make it through the event "in one piece".

"There have been so many people cracking bones and whatnot so just to come out of here in one piece with some sort of points, I’ll take it." 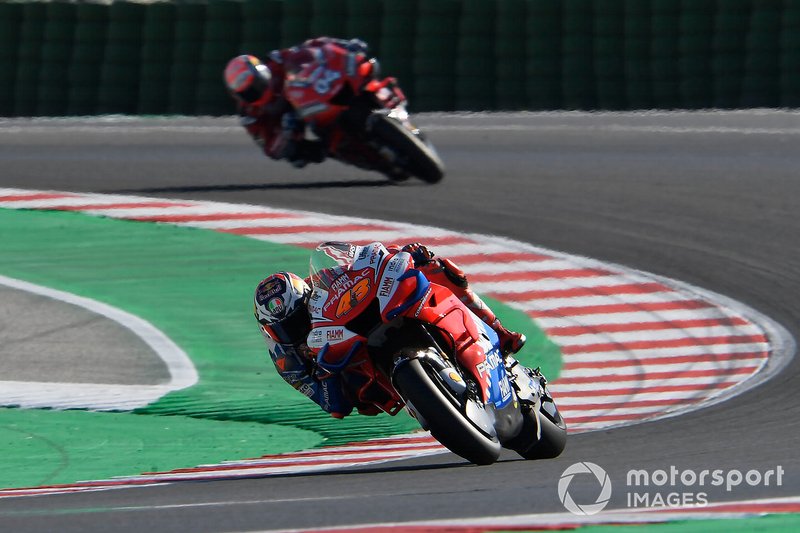