Jack Miller wasn’t surprised to see himself promoted to third in the MotoGP Catalan Grand Prix as he suspected Fabio Quartararo’s “cheeky” track limits breach would net him a penalty.

Yamaha rider Quartararo had just been overtaken by Pramac’s Johann Zarco at Turn 1 at the start of lap 22 when he made a mistake under braking and was forced to run through the Turn 1/2 chicane.

Any rider doing so was forced to cede one second or face a long lap penalty, though Quartararo was ultimately hit with a three-second time penalty – dropping him from third to fourth.

He would later be handed another three-second penalty for riding with his race suit unfastened, dropping him to sixth in the results.

Ducati’s Miller, who struggled to keep his front tyre temperature under control in Sunday’s 24-lap race, admits he attempted to pass Quartararo on the track for third despite anticipating his penalty but “was working the front too much” and surrendered his attack.

“I was able to manage the front tyre to the end. I had a couple of lunges on Fabio, but I’d seen already Johann past him, he [Quartararo] went through the chicane and we all know the rules,” Miller said after moving up to third in the standings.

“If you cut the chicane… I know from myself, even though I braked stupidly late I still made the chicane, because if not it costs you, you’ve got to drop a second or you get the long lap penalty.

“And when I saw him go through the chicane and just go like that [open the throttle] and pulled back in front of me, I thought ‘oh, that’s a bit cheeky’ but it’ll be alright.

“So, then I had a couple of lunges at him because nobody wants to get a podium like this, but on the last lap I was just working the front too much and I thought I’ll just be as close as I can behind him and we’ll see over the line.

“When I came round I saw the tower and I saw I was in third. Good day for us, we’ve moved up one spot in the championship.” 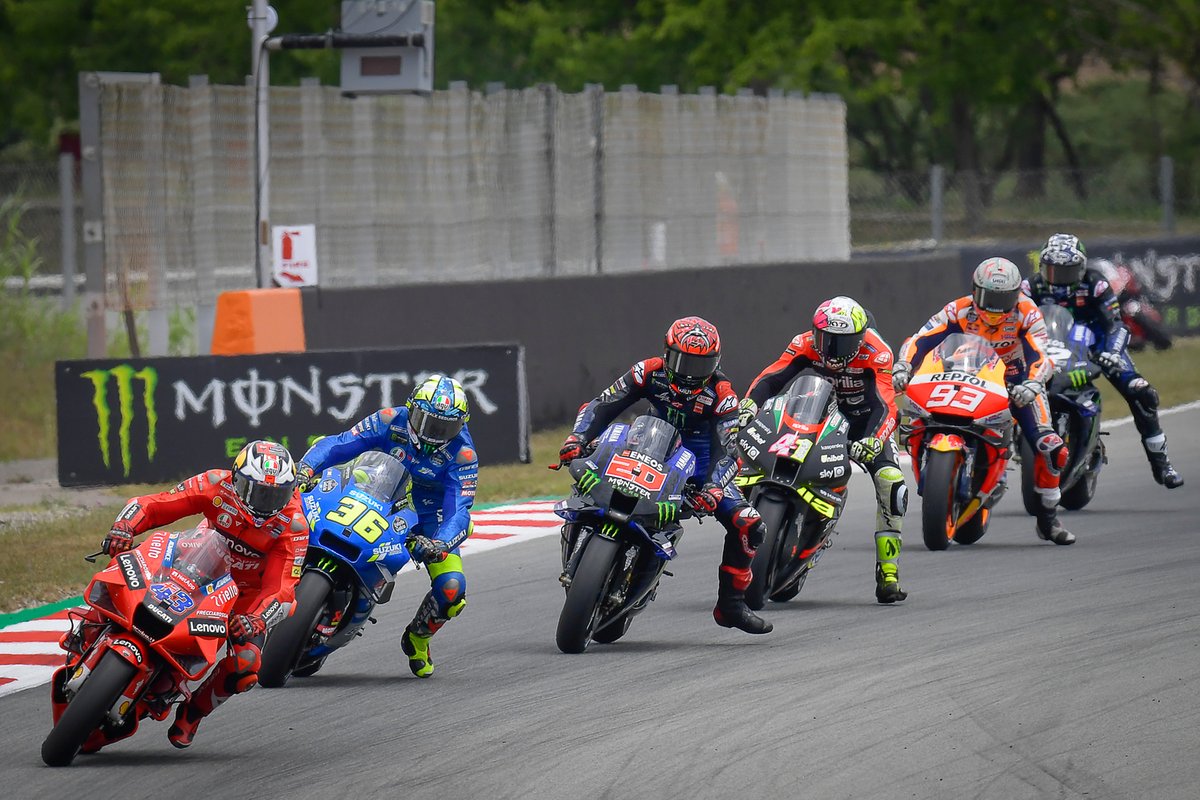 Miller admits he now feels like he’s “in the groove” following his recent strong run of results, though is “a little nervous” for the following round in Germany due to the track’s twisty nature.

“Definitely feeling back in the groove, back where I was at the end of last year,” he added.

“Just each week I’m able to put in my work through the practices and be there on Sunday, there or thereabouts let’s say.

“For sure the two victories helped me claw back in a lot of points real quick, but we’re back in the rhythm, I feel very comfortable on the bike.

“I feel that with Ducati, with this GP21, we have a fantastic motorcycle underneath us and it’s only getting better week by week.

“We’ll find out next week when we get to Germany, I’m a little nervous for there, it’s quite tight, but I really enjoy the track.

“Assen for me is going to be a big question mark, but we’ve also got our tracks coming up like Austria where we can do a good job.

“So, I’m just here for the long haul hopefully.”

Quartararo "should have been black-flagged" from Catalan MotoGP