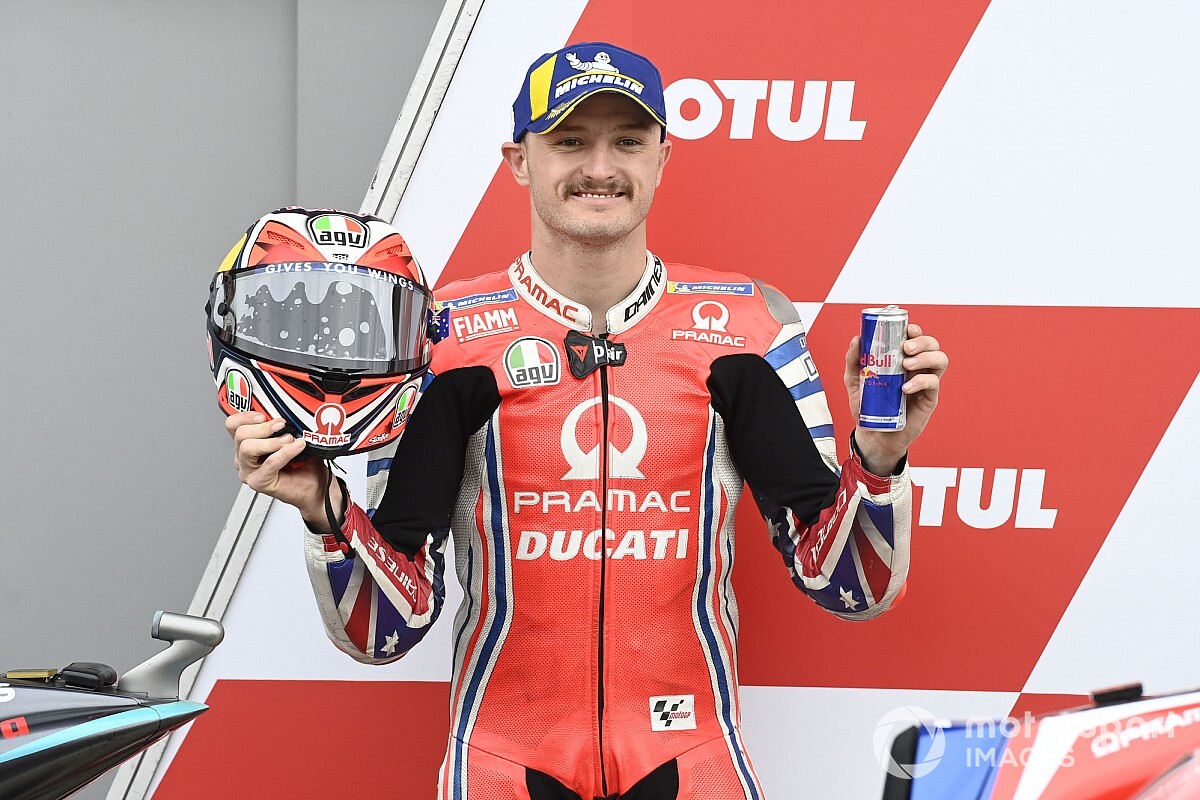 Miller managed back-to-back podiums at the Red Bull Ring, but had only scored one top five since then prior to Sunday's Valencia GP, where he finished runner-up to Franco Morbidelli after a last-lap duel.

The Australian was in a position to fight for victory in the French GP before an engine issue ruled him out, while his Emilia Romagna race ended early when his bike hoovered up a discarded visor tear-off from Fabio Quartararo.

Speaking after the race, Miller said: "Yeah, it's just nice to have that luck turned around a bit.

"We've been fast every weekend, but through one way or another we haven't been able to arrive so it was nice to put that to bed this weekend."

Miller said he had a "mega plan" in his head to beat Morbidelli on the last lap, but it was scuppered when he ran wide at the first corner and was forced to engage in battle, the Petronas SRT rider coming out on top with a daring raid at Turn 5.

"I had this mega plan figured out in my head that I was gonna sail past him on the final straight with one lap to go and ride off in the sunset, but it wasn't to be," explained Miller, who was one of only a few riders to chose the medium front tyre.

"I soon found out when I went to Turn 1 I nearly went straight off the end, couldn't pull it up.

"There was a bit of tail wind and I got carried away I guess on the brakes, but just wanted to make sure I got the job done.

"He came back and then Turn 2 it was nice and tidy, was sort of like who is going in first, we were waiting for it.

"And into fourth, into five he got the better of me at five.

"I nearly ran off at the grass at Turn 7 trying to get on the inside to pass him into there, but he did really well, protected the line and massive congratulations to him.

"He rode awesome, definitely deserved it."