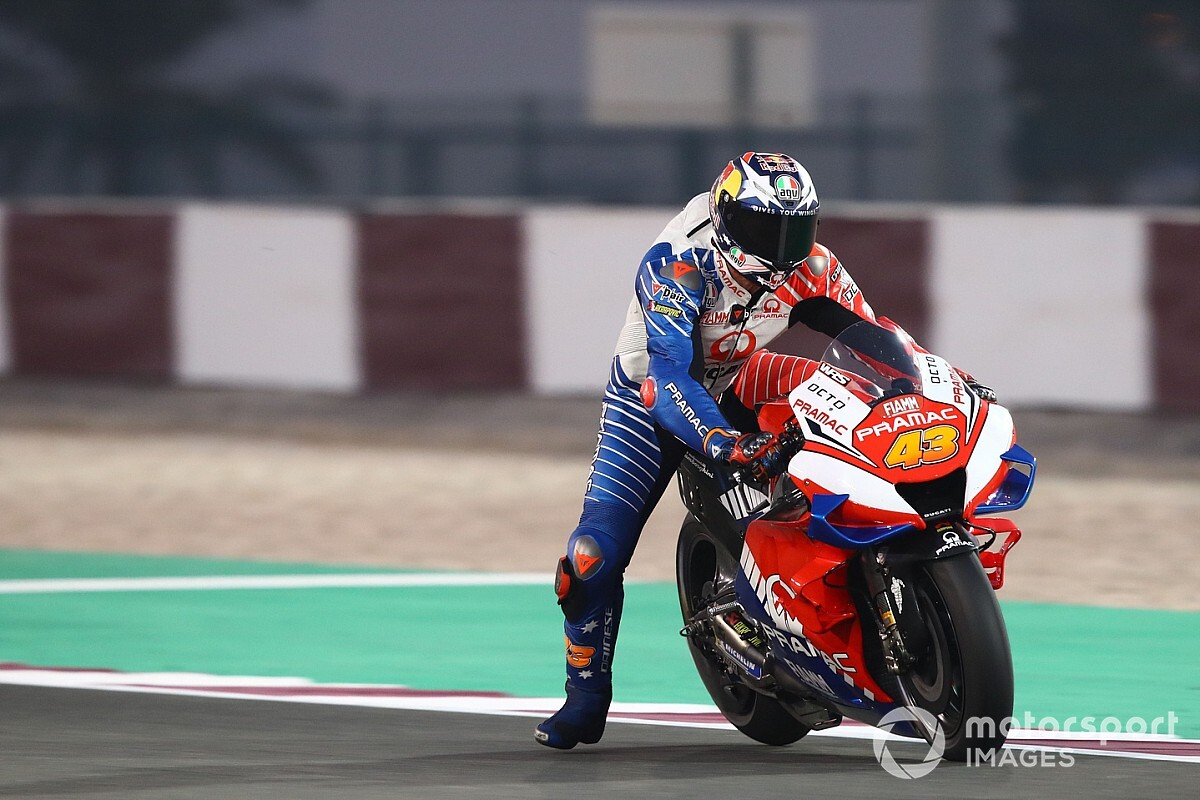 Ducati introduced a holeshot device to its bike last year – though Miller had been racing it since the 2018 Japanese GP – which allowed the rider to lower the rear of the bike on the grid to give them better starts.

An evolution of that was first thought to have been in use by Miller at Sepang last season, with Suzuki’s Alex Rins saying then that he noticed the Pramac GP19 squatting exiting onto straights.

On-track footage from the Qatar test on Saturday confirmed it was in use by Ducati riders, with team boss Davide Tardozzi later admitting the manufacturer did have the device.

Speaking on Sunday after ending the second day of testing 15th-fastest, Miller spoke about the device further and revealed that it was the cause of him stalling on the grid just before the start of last year’s Thailand GP.

“All I’m going to say is I’ve had it on since Thailand last year - it’s proven it works,” Miller said when asked about the device.

Asked if it was hard to use, he added: “What happened in Thailand last year? Remember what happened? Not simple, not simple at all. That’s why people hit me with ‘oh, why did you stall it there?’

“We’ve got it set up pretty well [now]. A lot of people clued onto it. Rins clued onto it in Sepang. But it’s rather easy.

"The only place we don’t use it is Phillip Island, because it makes no sense to use it there [Turn 1 at Phillip Island is too fast to use the standard holeshot device, as the system disengages via hard braking force].”

Commenting on the new device’s main advantage, Miller said: “Accelerating. It’s just launch control, but out of a corner.”