Ducati’s Jack Miller has blasted the long lap penalty he got for impeding Maverick Vinales in MotoGP Dutch Grand Prix qualifying as a “bullshit call from the stewards”.

Miller was handed the punishment for riding slowly on the racing line in Saturday’s qualifying at Assen after he’d just crashed, with Aprilia’s Vinales close to hitting him as he pushed on a flying lap.

Despite Miller pleading his innocence, he was forced to serve a long lap penalty on the fourth tour of Sunday’s race, dropping him from sixth to 10th.

He was able to recover to sixth at the chequered flag, though was nudged out of the battle for fourth at the final corner when Aleix Espargaro overtook both Miller and Brad Binder – with the latter making contact.

“It was nice to be there in the fight, considering the bullshit call from the stewards,” Miller fumed.

“I didn’t give up to the end, I tried my maximum. I was able to catch back Maverick, but I made a small mistake trying to pass them.

“I came through the fast corner, my closing speed was quite a lot and I expected him when he opened the gas to accelerate more and he didn’t accelerate at all.

“So, I had to pick the bike up really quickly to avoid him and when I did it started snaking.

“I’m really happy with the race, up until the last lap. I could have done things better, but that’s racing. I can only race in front and try to do what I’m doing.

“Hindsight is a wonderful thing. I copped a handlebar to the elbow, I didn’t really have anywhere to go. I wasn’t expecting it, but that was my fault, I take full responsibility for that.” 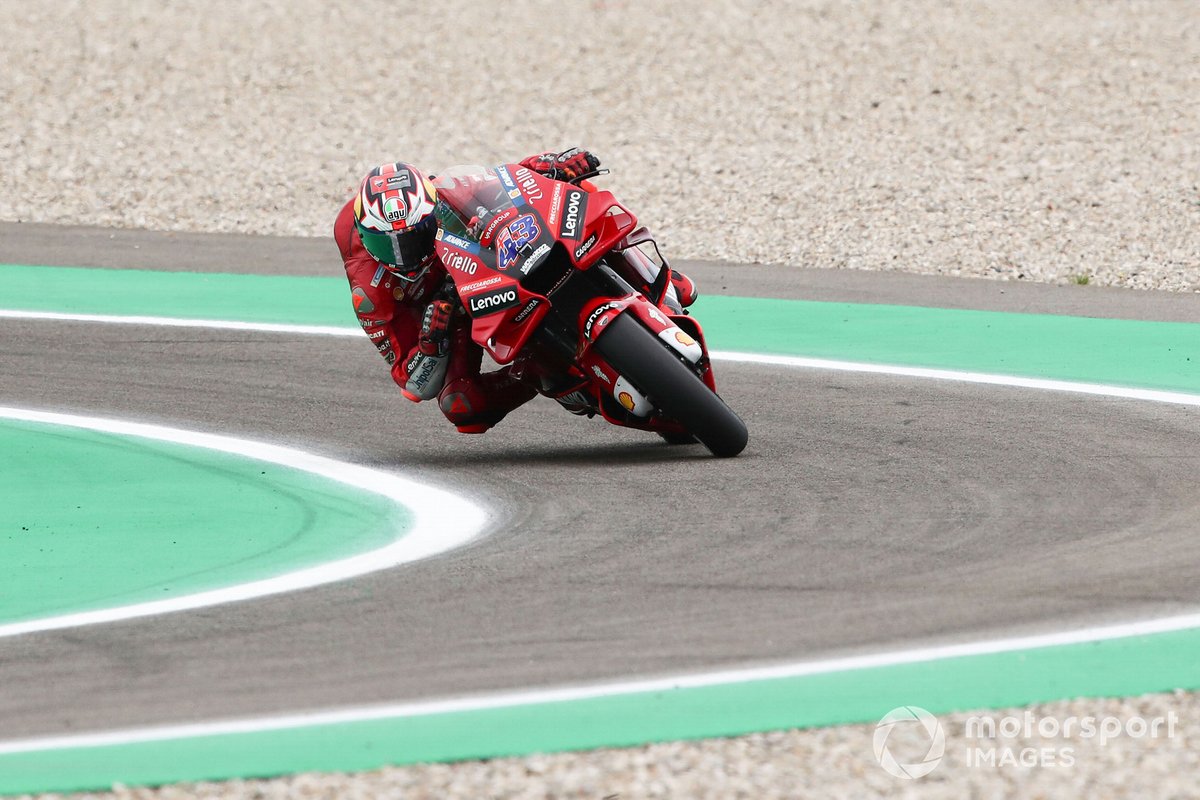 KTM’s Binder came across the line in fifth and heaped praise on Espargaro’s double pass on himself and Miller, while brushing off initial unhappiness from the Australian over their contact.

“I went to pass Jack because I saw he was maybe running into some tyre issues or something, and the last lap it looked like he was really struggling on throttle,” Binder explained.

“I caught up and just went to pass him. As soon as I pushed it up the inside I was about to hit the apex and I just saw this bike.

“I pulled my leg in and somehow I tried to keep as close to him as I could, but obviously as soon as I picked up I went straight into Jack.

“So, I was in the middle of a sandwich, and not one I wanted to be in.

“To be honest, bud, f*cking hats off to the dude. I was coming in hot to pass Jack and somehow he bombed both of us, f*cking hell.”