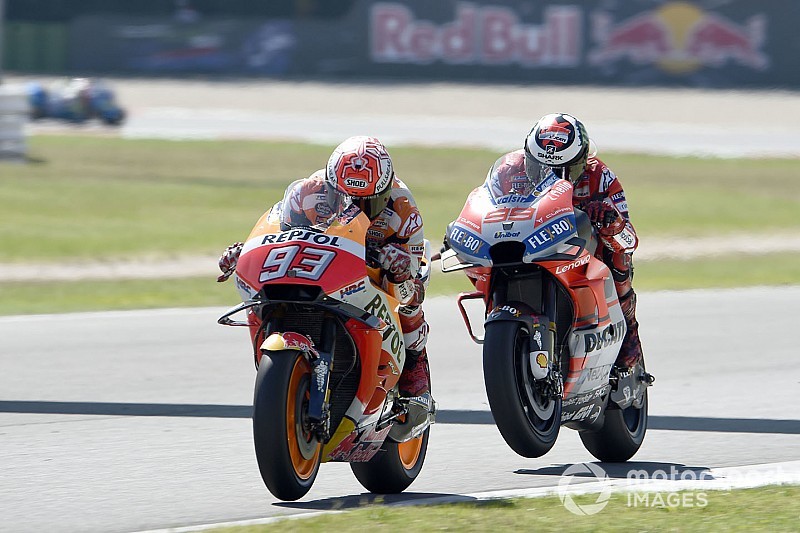 MotoGP championship leader Marc Marquez says the timing of Ducati's upswing in form has been fortunate for his championship hopes.

The factory Ducati team has now won three MotoGP races in a row, but Jorge Lorenzo's slow start to 2018 and Andrea Dovizioso's rough patch early in the European season had allowed Marquez to build a gap that is likely to prove unassailable.

“Luckily for us, they [Ducatis] come very, very strong in the second part of the season,” Marquez said.

“We have 67 points advantage [over Dovizioso], we need to manage.

“If they gain every race five points, no problem, we will keep going.”

Marquez reckons that his Honda RC213V package was the strongest on the grid at the start of the campaign, but believes the Ducati GP18 has now overtaken it.

“It's difficult to understand, because always the neighbour's garden is better than yours. And this is something that, since you don't ride the bike, you never know.

“But what I see on the track, the first part of the season, the first four or five races I had the best bike.

“Now the best bike, looks like [it] is Ducati, but it's always a compromise between riders, between the team.”

“It's true that Ducati for some reason, they have an extra advantage at this moment,” Pedrosa said.

“The bike is super fast, especially when they put the bike straight, it's clearly a huge thing over the rest.”

Yamaha's Valentino Rossi, who sits between Dovizioso and Lorenzo in the standings but hasn't seriously contended for wins in 2018, said: “Ducati has done a great job since [general manager Gigi] Dall'Igna arrived.

“They have made the step forward that we should have made. I think their bike is the point of reference on the grid.”

Asked after his win in Misano – Ducati's first at the track since 2007 - whether the GP18 was indeed now the best bike in MotoGP, Dovizioso said: “Nobody really can know. Maybe. Maybe yes, maybe no.

“It's very difficult to know this, because it's always a mix of the riders and the bikes. For sure we improve the situation, because we are faster in a track [where] in the past we weren't.

“But the only two Ducati riders [always out front] are me and Jorge, the other [privateer] Ducatis have a good bike and sometimes for them it's very difficult. 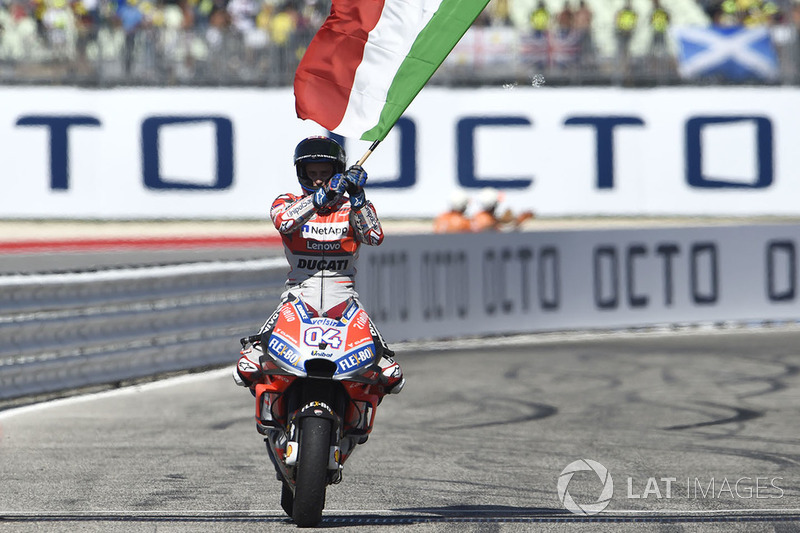