Marc Marquez has taken the blame for the collision with KTM’s Brad Binder on lap two of the MotoGP Italian Grand Prix which ended the Honda rider’s race.

Marquez endured a difficult weekend at Mugello as he battled pain in his right shoulder as he continues his comeback to MotoGP following a nine-month injury layoff.

Starting from 11th, Marquez was running in 10th when he made contact with Binder at the Poggiosecco right-hander on the second lap of the race and crashed.

Marquez branded the clash a racing incident but accepted the blame for it.

"I touched with Binder, it was a race incident but if anyone is to blame it was me," Marquez told DAZN on Sunday.

"I was coming from behind, I tried to overtake him in Turn 2, we were in that chicane where several riders crashed in the same way, he closed in front of me and fortunately I was the only one who crashed.

"It was a first lap in which, for the first time, I felt I was in a better position to attack than to defend myself.

"Surely the race would have been a long one, but we have taken a step forward this weekend.

"I understood some things and the good thing is that next week we race again and I'll be fresher because I didn't complete the race today.

"We have to keep working in the pits with my team." 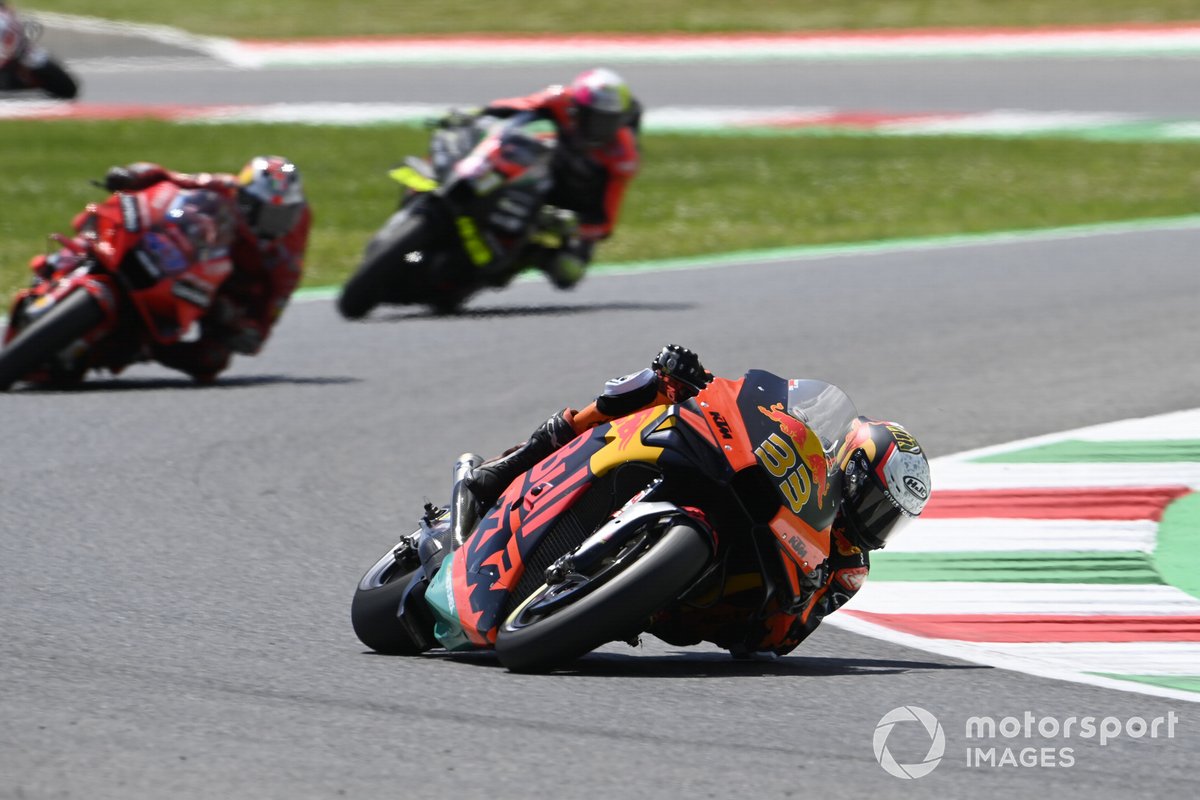 The contact with Binder set the airbag in the KTM rider's leathers off, with the South African admitting he struggled to breathe on the bike for a lap while the air dissipated.

"On my lap heading to the grid I tucked the front at the third-last corner and I almost crashed, I was really lucky that when I hit the kerb and managed to save it," Binder, who finished fifth, began.

"In general it was a little bit more difficult than what I would have liked, I didn't get the best of starts.

"When Marc rode into the side of me, my airbag went off and I rode with my airbag on for a whole lap.

"Everyone knows with the airbag on you can barely breathe and you can't move so much on the bike and that was really difficult, so I lost a lot of time there as well."

Petronas SRT's Franco Morbidelli was also caught up in the incident and has his race wrecked when he was forced to run off track to avoid Marquez's errant Honda.

"I had an unfortunate incident behind Marc, to avoid him and his bike I needed to go straight at Turn 3 and I lost the chance to stay with the pack for some more laps," he said after finishing 16th.

"But anyway, I didn't have the speed that was required to fight with the MotoGP guys.

"It's a pity, but it's not the thing that burns the most today."