Marquez ruled out of MotoGP finale in Valencia with vision problems

Six-time MotoGP world champion Marc Marquez has been ruled out of this weekend’s 2021 season finale at Valencia as he is suffering from vision problems following a concussion.

The Honda rider crashed during an off-road training session last Saturday and suffered what HRC described as a mild concussion.

Having still been experiencing symptoms when he went for a check-up ahead of the Algarve Grand Prix, the decision was made to bench Marquez for MotoGP's return to Portugal for a second time this season last weekend.

During the Algarve GP weekend, Honda team boss Alberto Puig didn't rule out the possibility of Marquez missing the final round of 2021 this week at the Ricardo Tormo Circuit, with the rider's condition to be evaluated again on Monday.

Honda has now confirmed Marquez will not take part in this weekend's Valencia GP as he is suffering from the same vision problems he did back in 2011, when he crashed at Sepang during the Moto2 weekend and a piece of gravel damaged a nerve in his eye.

"The examination carried out on Marc Marquez today after the accident that occurred has confirmed that the rider has diplopia and has revealed a paralysis of the fourth right nerve with involvement of the right superior oblique muscle," Doctor Sanchez Dalmau, Marquez's ophthalmologist, said.

"A conservative treatment with periodic updates has been chosen to follow with the clinical evolution. This fourth right nerve is the one that was already injured in 2011." 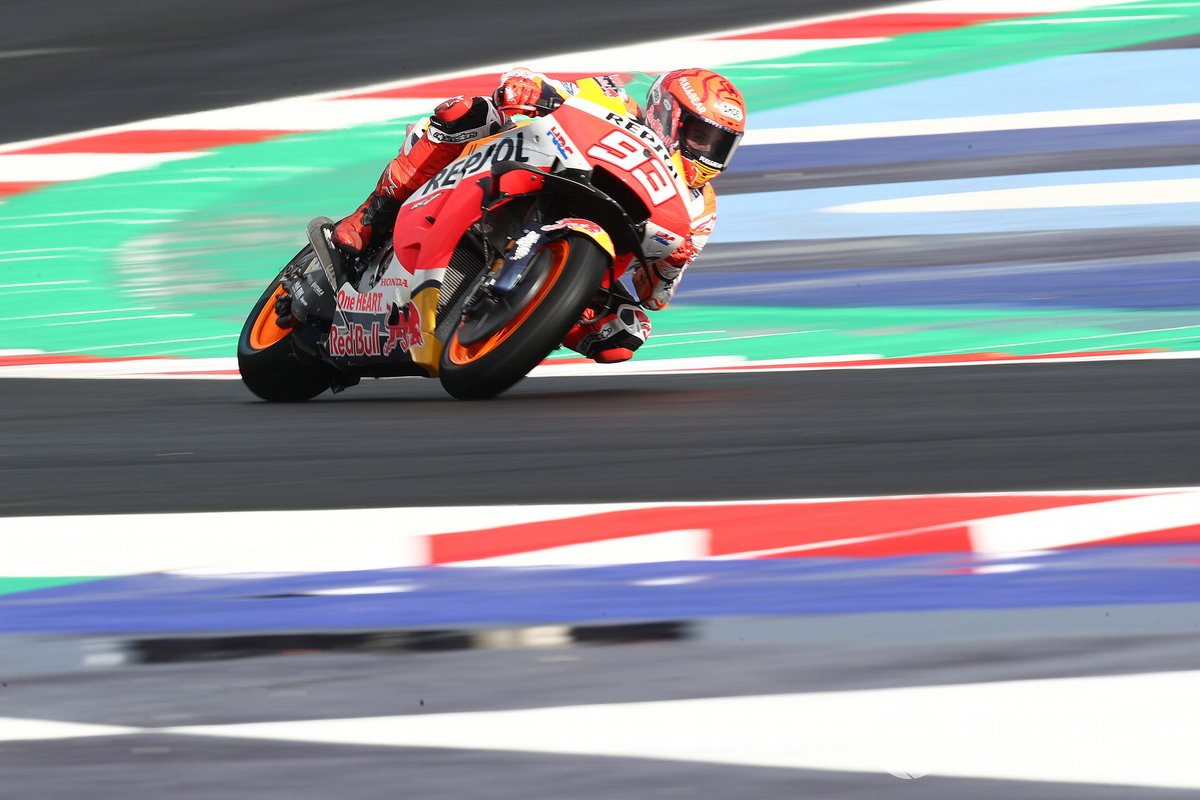 Marquez will likely be replaced by HRC test rider Stefan Bradl, who took the six-time world champion's place at the Algarve GP and scored a point in 15th.

Having won at two anticlockwise tracks this season at the Sachsenring and COTA, and finishing second at Aragon, Marquez was expected to challenge for victory at Ricardo Tormo.

His absence this weekend will mark his fourth non-start of 2021, having also missed the opening two rounds of the campaign as he continued to recover from the serious right arm break which ruled him out of the 2020 season.

Despite this, Marquez will still end 2021 as the top Honda rider despite four races on the sidelines and registering four DNFs, as he currently leads teammate Pol Espargaro by 42 points in the standings.

Marquez will also not be fit enough to take part in the first 2022 pre-season test at Jerez on November 18-19, where Honda would have been hoping he could have put crucial miles on its radically redesigned 2022 RC213V.