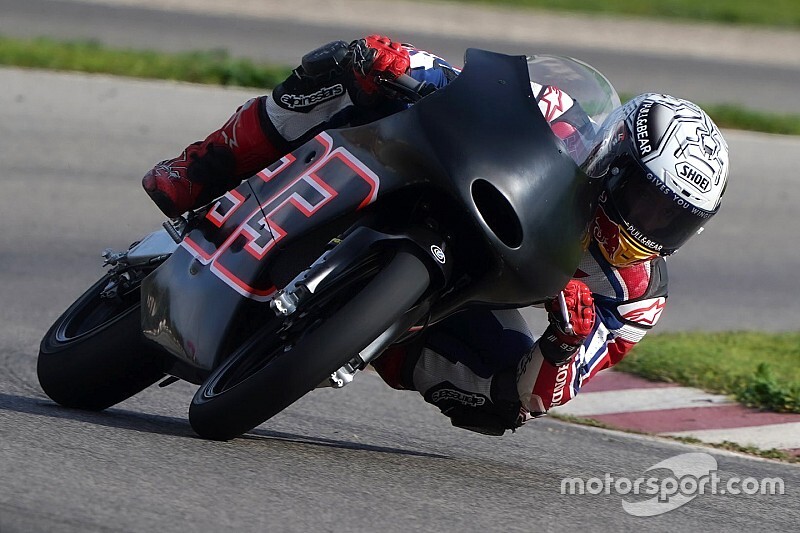 Reigning MotoGP champion Marc Marquez has ridden a motorcycle for the first time since surgery on a right shoulder injury to evaluate his fitness ahead of the Sepang test.

Marquez partially dislocated the shoulder in a heavy crash during qualifying for the Malaysian Grand Prix, before aggravating it further in a tumble during November’s Jerez test.

Undergoing surgery shortly after the test, Marquez admits his recovery has been tougher this time around than a year ago when he underwent a similar operation on a repeating left shoulder dislocation in 2018.

With just a week until the first official pre-season test of the year in Malaysia, Marquez took to a karting circuit in Tarragon, Spain, aboard a Honda NSF250 Moto3 bike to evaluate his physical condition.

In a short statement on Twitter, he admitted his feelings on the bike “were not the best”.

At an awards event in Spain last week Marquez admitted he will only be “60 or 70 percent” fit for the Sepang test.

“Since December 2 I have been [going through] rehabilitation with the shoulder,” he said. “In two weeks we have the first pre-season test - the Sepang test, from February 7 to 9 - which I will reach 60 percent or 70 percent physical [fitness for].”

Check out our MotoGP podcast...