Marc Marquez says the key to Fabio Quartararo’s 2021 MotoGP world championship was how the Yamaha rider was “able to suffer” and still pick up strong results.

Over the course of 2021, Quartararo has won five races and scored a further five podiums, and is the only rider to have scored points in every grands prix so far.

Honda rider Marquez heaped praise on Quartararo’s 2021 season, saying: “Yeah, today we can speak a lot [about how it’s] a very important day [for me] blah, blah, blah.

“But it’s not our day, it’s Fabio’s day, the day of the champion, the fastest, the most consistent, the best rider of the year.

“But especially, and it’s something very difficult to have, he was able to suffer.

“When he suffered, he was able to finish in the top five, even on the podium.

“So, yeah, time to learn about what he did and try to fight against the champion in 2022.” 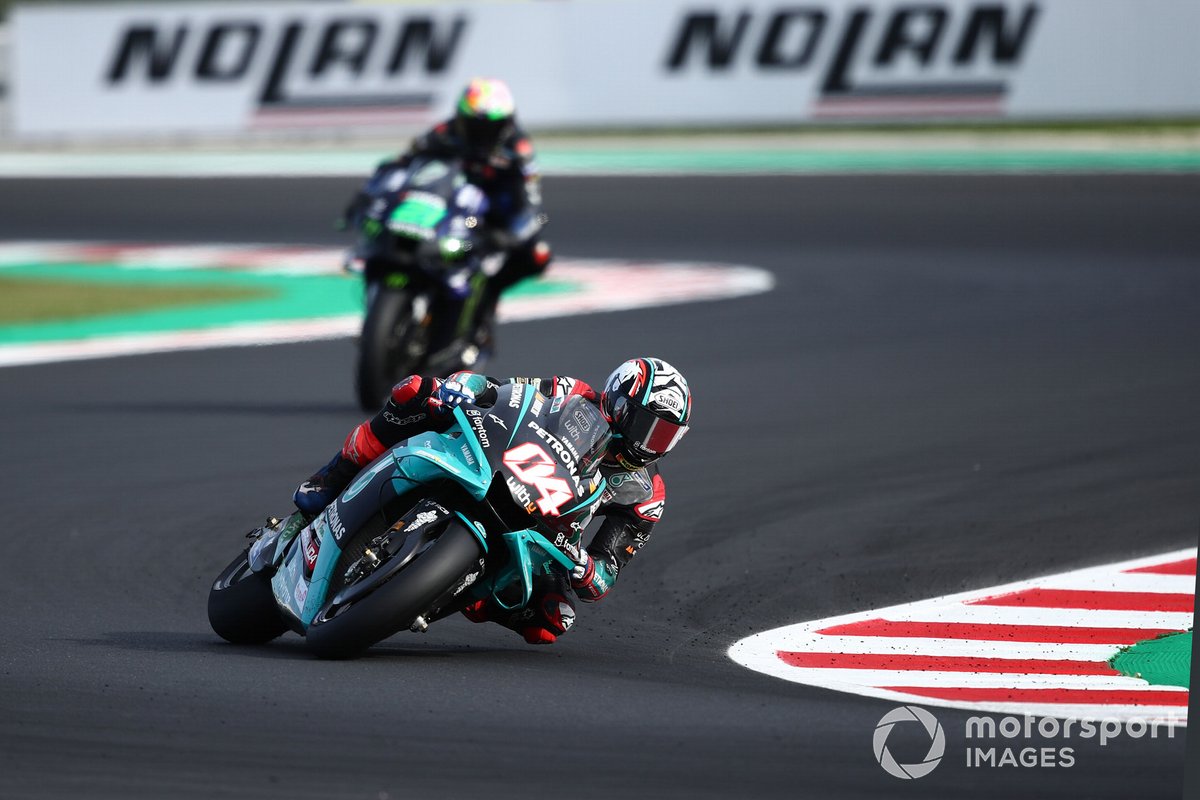 Petronas SRT’s Andrea Dovizioso has been able to study Quartararo’s data since he returned to MotoGP with Yamaha in last month’s San Marino GP, and has found no one is riding the M1 like the Frenchman.

“Well, he was able to be consistent because he’s doing that kind of riding style everywhere, every time he’s on track,” Dovizioso said.

“He’s able to use that way to ride everywhere. It’s not about if you find this grip in that track and you can be fast.

“He was fast in every condition, in every temperature, in every tracks in the same way.

“He brakes very late, but it’s easy to brake late. It’s difficult to brake late and turn the bike like him. And he’s doing that easily.

“If you check every of his runs in practice, he’s doing five, six laps and he’s doing always the same things and with not a lot of mistakes.

“That is what he did and has been doing to improve practice by practice, and to be able to start always in the first two rows more or less and be able to improve in every situation.”