Marquez: I crash every time I try to ride the bike like I want

Marc Marquez says he crashes as soon as he tries to ride the 2021 Honda MotoGP bike in his normal style.

The six-time MotoGP champion has registered the most crashes of any rider so far in 2021 with 18, having done two fewer rounds than the majority of the field.

Marquez was able to minimise the strain on his recovering right arm at the anticlockwise Aragon last weekend to fight to the final lap for victory with Ducati's Francesco Bagnaia, having won on a similar layout in Germany earlier this year.

After the race, Marquez admitted he was wary coming into the race following two crashes in practices as he couldn't guarantee that opportunities to win would come again in 2021 in his current physical state.

On top of that, the 2021 Honda has proved to be an extremely difficult bike, with all of its riders struggling for form this season.

Marquez says he expected he'd be able to ride in a more natural way much quicker from his injury return in Portugal in April, but also noted that changing his style doesn't necessarily mean he will be slow.

"Yeah, of course there's some doubts and we are working on it," Marquez said.

"As I said, when I come back in Portimao I expected to come back a little bit faster, especially in the way to ride the bike.

"At the moment I cannot ride like I want, as soon as I try I crash. So, I need to think about riding in another way and I cannot ride in a natural way. 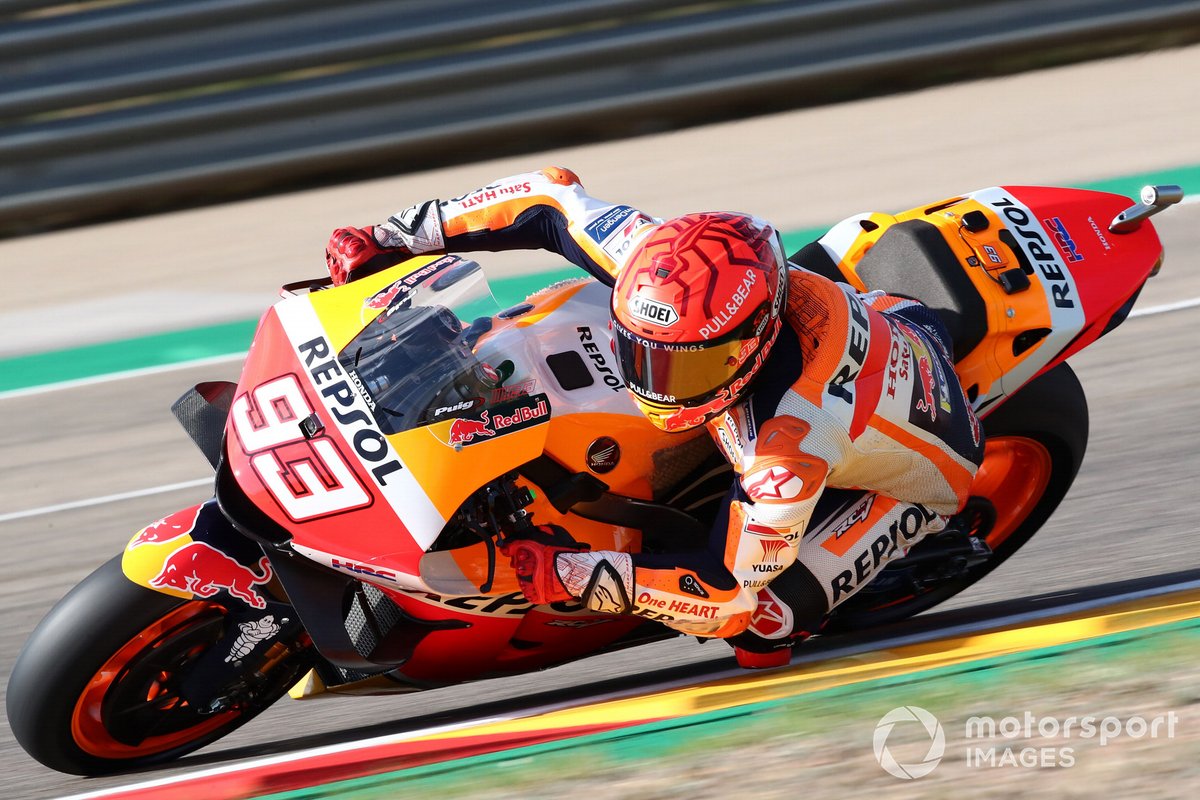 "But for me, the target is to try to find a way, to be competitive, to fight for championships – maybe not with the same riding style, but as we showed today, as we showed in Austria, riding in a different way doesn't mean being slow.

"It's another way we're able to be fast, but we don't have that extra, so we will try in the future.